The old travelodge’s secret was revealed by a vintage postcard: In the ’60s, concrete breeze-blocks had bookended balconies. Nearly 55 years later, they’d vanished — until that old postcard provided a clue. Sure enough, dug out from beneath layers of stucco, there they were in all their charming mid-century glory.

But even before the breeze-blocks were revealed, Christine McDonald, the creative director at Loden Properties in Raleigh, which acquired the old motel in 2019, saw the potential to revitalize the building as a motor lodge for the modern age. 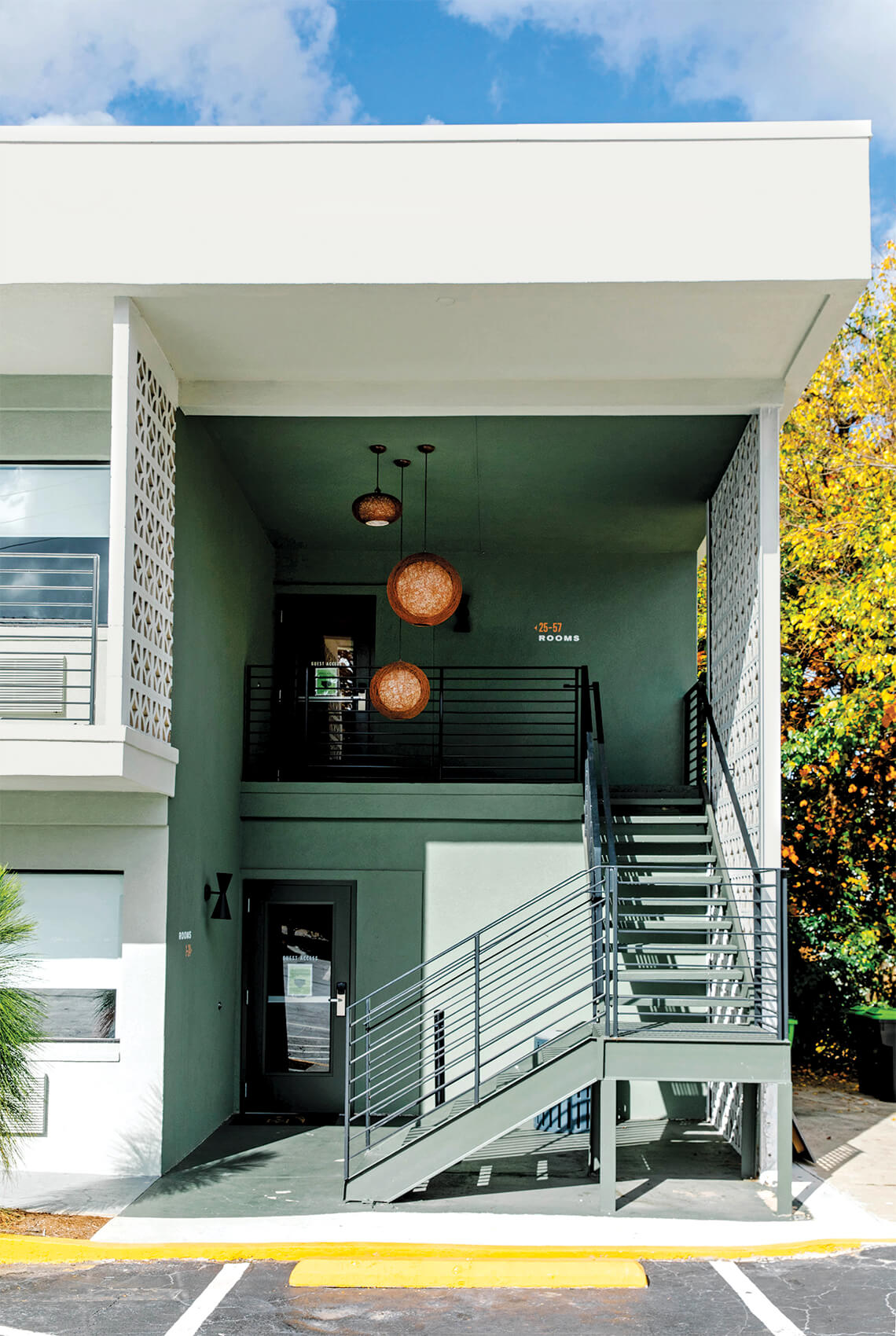 The Longleaf’s vintage breeze-blocks were revealed under layers of stucco and restored to their original glory. photograph by Anagram Photo

“We wanted to keep the building intact but didn’t want to create something super kitschy — we didn’t want a period piece,” McDonald says. “At the same time, we did want to incorporate where we are. Here’s to the land of the longleaf pine — you know, here we are in the capital city, the longleaf is our unofficial state tree, and it represents not just Raleigh, but North Carolina as a whole. The longleaf informed every aspect of our design.”

They named the property The Longleaf Hotel & Lounge and carried out their vision in everything from the hatch pattern on the carpets and the pine needle wallpaper in the bathrooms to the wooden detailing on the lounge bar — narrow, vertical slats meant to reflect a soaring tree — and big, woven pendant lights that evoke bunched-up pine needles. 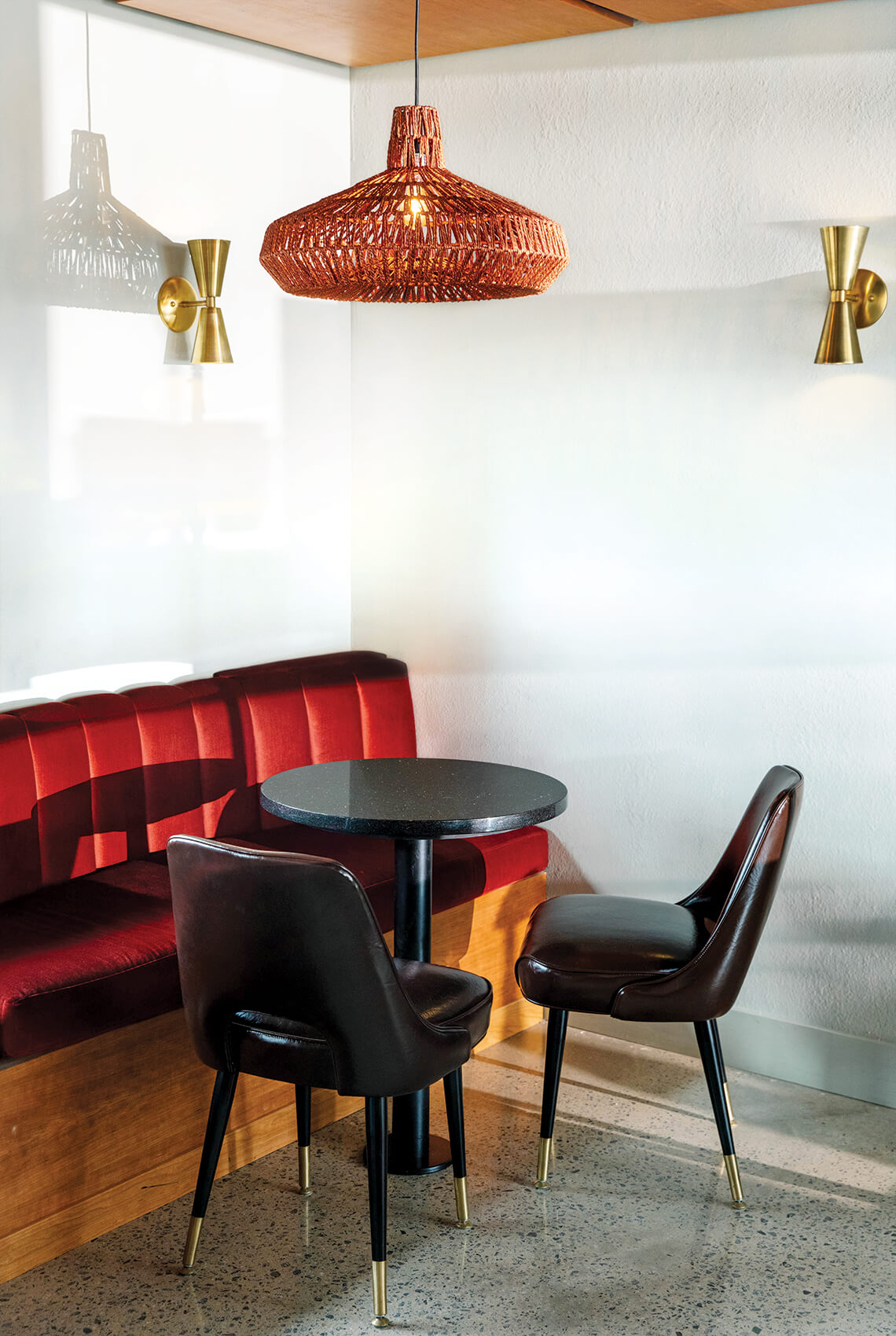 Bucking the idea of the “hotel bar,” The Longleaf’s designers — all avid travelers themselves — created a lounge that they would love to find on a trip. photographs by Anagram Photo 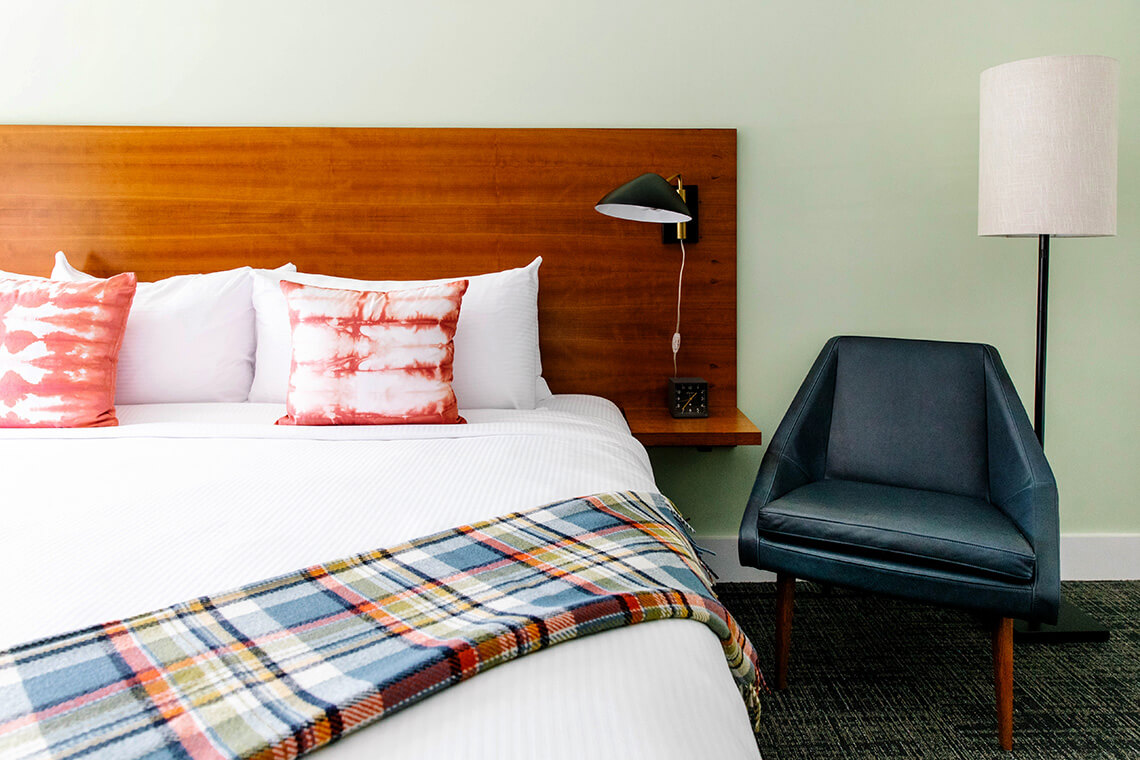 At The Longleaf, retro style doesn’t mean showy. Instead, the designers were inspired by ’60s-era motor trips complete with flannel blanket in the car — a nod that’s found in the Pendleton throws in every guest room. photograph by Anagram Photo

In their rooms, guests find headboards custom-made in Durham, local snacks like Videri chocolates and Carolina Kettle Chips, and tie-dyed pillows and robes made by Fayetteville textile designer Rise & Ramble. In the lobby, pottery handmade by Liz Kelly in Raleigh is available for purchase. Palette-wise, peachy walls are inspired by Carolina clay, while green does double duty as a nod to the trees — and to the most popular color of the ’60s. But don’t expect to see any minty tones.

“It’s a little more subtle,” McDonald says. “When people think of mid-century modern design, they typically think of a style called ‘Sputnik,’ but we wanted something less flashy. One of the designers was inspired by his grandfather’s den from the ’60s.”

Today, as it did in its former life, The Longleaf welcomes travelers to a cozy respite along Raleigh’s Capital Boulevard. And while its design is influenced by another age, its soul comes straight from the Old North State.