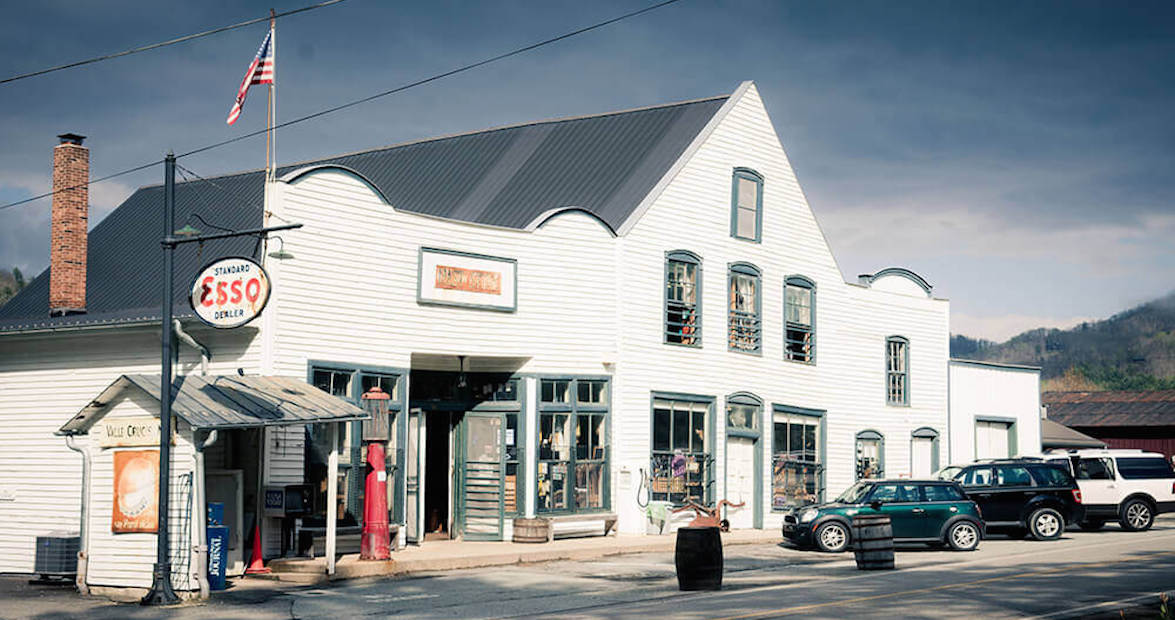 If you ever find yourself standing behind the counter of the original Mast General Store, look down at your feet. You might just be standing on a trapdoor. Open it and you’ll find an old chicken coop.

Long ago, customers used to be able to trade their chickens for store goods. One time, as the story goes, a few cunning boys got the idea of trading a single chicken multiple times — once at the nearby competing store and again at Mast Store — to get a bigger bang for their buck. After the chicken was traded and placed in the other store’s outdoor coop, the boys snatched it when the storeowner wasn’t looking and took it to Mast Store. It was old-time High Country fraud at its finest. But privy to their tricks, Mast Store’s owner outsmarted the boys by constructing an off-limits chicken coop that’s below your feet without you even knowing it.

Many stories lie beneath Mast Store’s creaky floorboard. You’re met with them at every step and can hear them being swapped over a lazy afternoon game of bottle-cap checkers.

Owner John Cooper fondly remembers the stories that he’s collected since purchasing the place, which is now 133 years old, in 1979. He recounts his visits with the woman who lived up the holler and churned her own butter, which he would sell. He speaks fondly of one former owner, Howard W. Mast, who had a love for hijinks and carried around a pocket full of miniature coins, asking customers if they needed “any small change.” All the while, he thinks about the legacy that he hopes he’s created alongside his family here.

“Someday they’ll tell stories about me,” John says with a soft smile.

“We already do,” his daughter, Lisa Cooper, jokes. “We’re not waiting.” 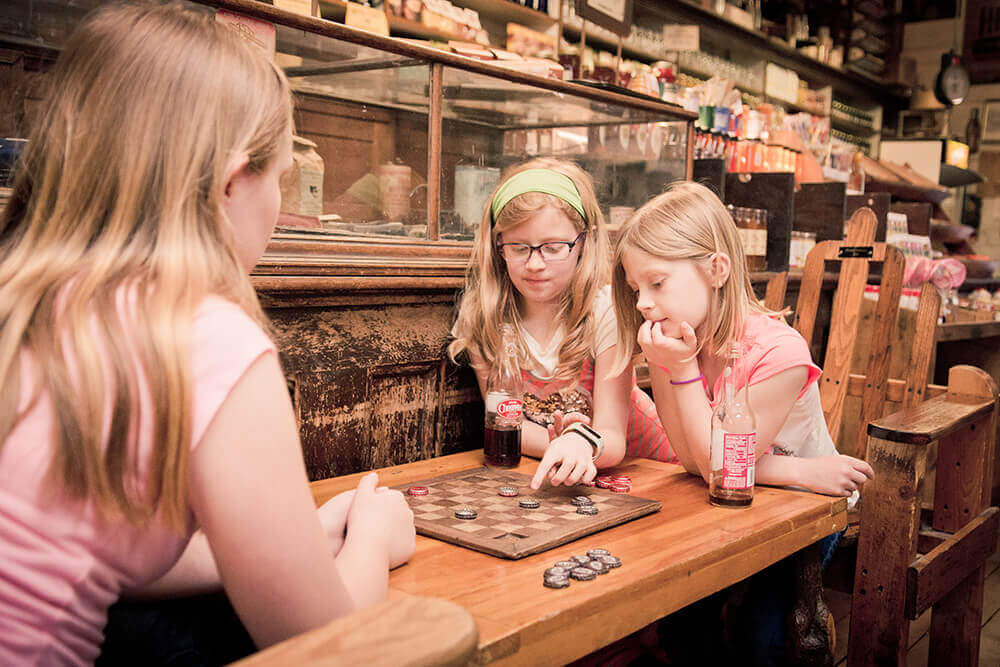 At Mast Store, youngsters can still enjoy the simple things — like a lazy afternoon game of bottle-cap checkers. photograph by Max Cooper

Of all the stories that Mast Store holds, the one about John; his wife, Faye; their son, John; and Lisa abandoning their idyllic life in sun-drenched Florida to purchase a struggling general store in the small mountain community of Valle Crucis is most telling of the store’s down-home ethos.

“I used to say that my mom and dad did this to get out of the rat race, but they created one,” says Lisa, who took over in 2016 as Mast Store’s president. “‘And now I add, ‘on their own terms.’”

With more than 9,000 square feet of space, Mast Store is an empire of daily necessities — but there are also knickknacks, doodads, and things that you didn’t know that you desperately needed in your life until just now. Deviled egg plates and paintbrushes. Locally made hand pies and hiking boots. Toy rubber-band guns and RC Cola. There’s an old saying around here: From cradles to caskets, “if you can’t buy it here, you don’t need it.”

It’s been that way since 1883, when Henry Taylor opened it as The Taylor General Store. Fourteen years later, he sold half of his interest to William Wellington Mast, and the pair operated it together as the Taylor and Mast General Store until 1913. The Mast family ran it until the early 1970s, before it changed hands a few times under various owners and closed its doors indefinitely in 1977.

When John, an insurance salesman at the time, first came across the store in 1976, he was smitten. He wasn’t exactly looking to make a drastic pivot in his career, but he has always been a history buff and antique lover. The thought of owning the store began to appeal to him more and more, especially as he thought about the ways in which companies could do a better job of caring for their employees.

“My mother used to say, ‘Treat others the way you want to be treated,’ and that stuck with me,” John says. 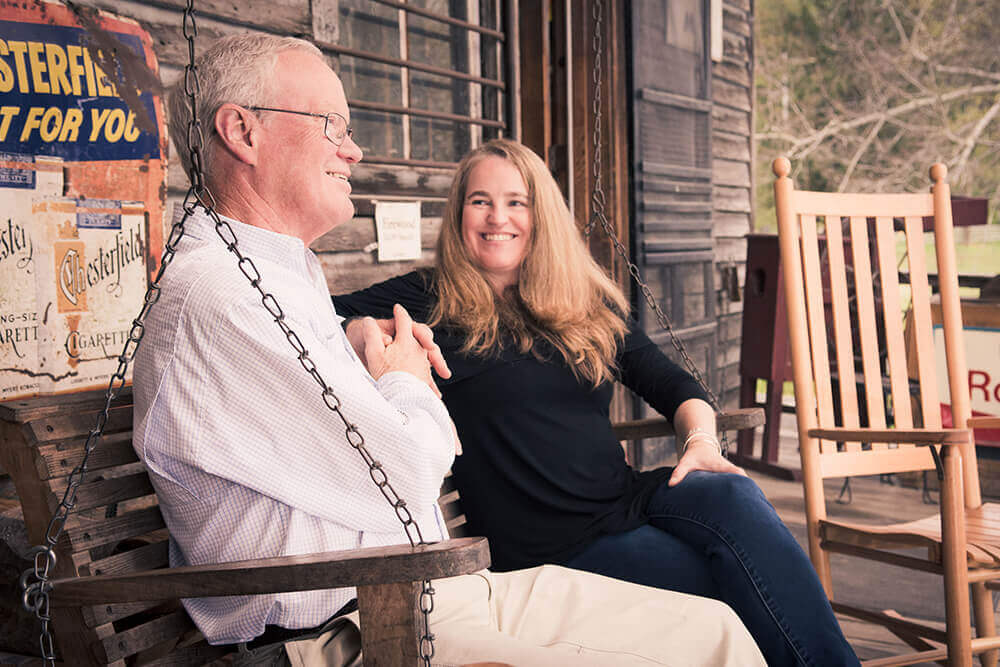 Lisa Cooper wasn’t thrilled when her father, John, bought the Mast Store in 1979, but she eventually came around. Today, she’s the president of this flourishing family business. photograph by Max Cooper

For those first few formative years, the Cooper family lived in the attic above the retail space, which they converted into a small apartment, to make ends meet and stock the shelves.

Lisa, who was a young teenager missing her friends and the comforts of home, wasn’t amused at first.

“When we started filling the candy counter and I could buy it for a portion of the cost, that’s when my turnaround was,” she says.

It wasn’t a lap of luxury, but the store was theirs — and everyone else’s, too.

“I wasn’t sure we were going to survive — we did,” John says. “People loved when we opened the store. They came in droves.”

A true chicken-or-the-egg conundrum, it’s unclear whether community is what built Mast Store — or if it’s the store that has built the community.

The store has a way of awakening the spirits of those who longtime locals like to call “urban evacuees.” Just as they’re catching their breath from city life, they catch themselves tapping their feet to the banjo, as a band jams on the porch on Saturday afternoons. General stores used to be everywhere, but in an era of big-box stores, this place somehow feels different from anywhere you’ve ever been.

It’s why Charles Kuralt penned an ode to the landmark.

“Where should I send you to know the soul of the South? I think I’ll send you to the Mast General Store,” Kuralt wrote. It was a high compliment from North Carolina’s native son, whose life was lived on the South’s back roads. 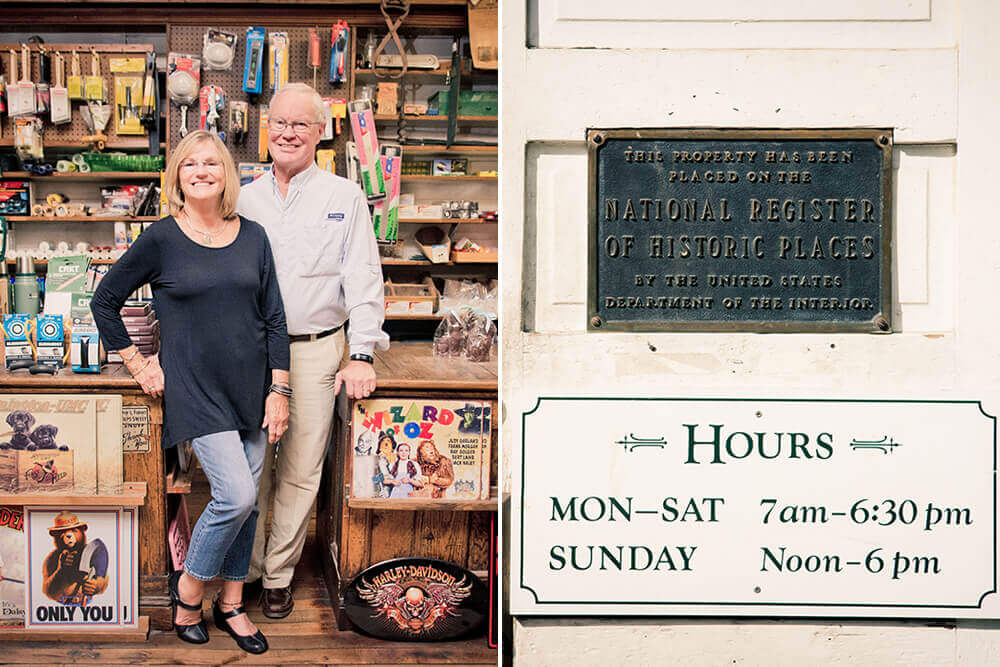 John and Fay Cooper bought the then-defunct Mast Store in 1979, living in an apartment upstairs for several years as they built the business back up. Today, the store is a destination for other families looking for the thrill of an old-timey general store experience. photograph by Max Cooper

Seven years after the store reopened, folks in Boone started calling. They wanted a store of their own. Since then, the business has expanded to include locations in Waynesville; Hendersonville; Asheville; Greenville, South Carolina; Knoxville, Tennessee; Columbia, South Carolina; and Winston-Salem. But for as much as business has grown, Mast Store’s mission remains focused on local.

“We wanted to be a place for our local people. That was its history, and it still is,” John says. “We don’t catch tourists at 6:30 in the morning, but we do catch locals on their way to work.”

When the family still lived above the store, a man who needed to buy nails knocked on the back door early one Sunday morning. Even though the store was closed, the Coopers opened the door.

When the community was grieving following the September 11 terrorist attacks, people came to the store to feel safe. The Coopers opened their arms.

And even though the company now has 550 people working for it, every employee opens a card on their birthday that is handwritten by Faye. 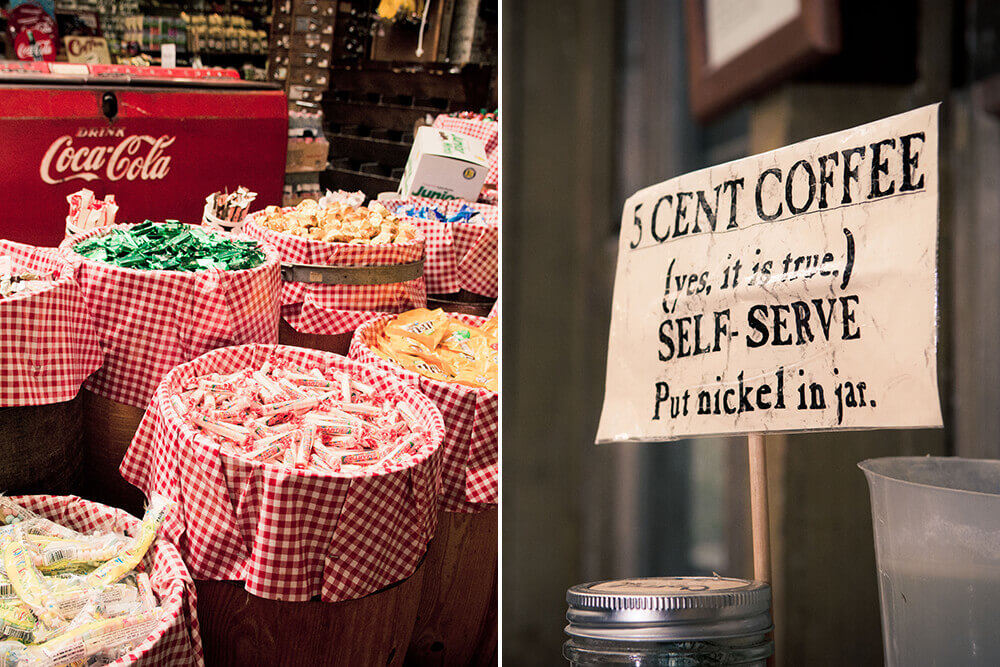 The Mast Store’s candy and coffee are the stuff of legend. The latter is still five cents a cup and served on the honor system — just as it’s always been. photograph by Max Cooper

Things haven’t changed much, aside from a few modern updates. The store is getting air conditioning this year.

At Mast Store, coffee is still a nickel a cup, and it’s on the honor system.

“Sometimes people put in a dime or a quarter,” John says.

It’s funny what can happen when you trust people.

Buy a cup — nay, two — one for you and one for the closest stranger. Coffee costs five cents, stories come a dime a dozen, and to make a friend around here, it only requires a quarter of the usual time.