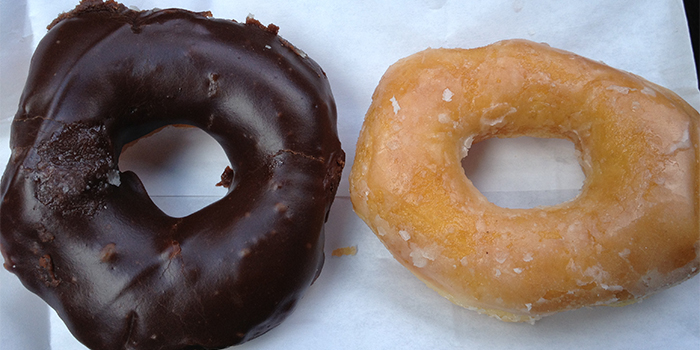 If “doughnut” is in a shop’s name, you expect them to have this signature sweet; but what about the other countless bakeries across North Carolina?

When it comes to these more elusive spots, ask the locals. They’ll guide you to places like Saxapahaw Bakehouse, Guglhupf Bakery, and Tasty Bakery where you’ll find what you least expect: delightful doughnut creations.

The Saxapahaw Bakehouse is an independent company that bakes out of the kitchen at The Eddy Pub and Restaurant. While not a retail bakery, its goods are distributed through the nearby Saxapahaw General Store, Cup 22, the Saxapahaw farmer’s market, and most recently Burlington’s Company Shops Market.

A word of caution, however: their doughnuts are not always available because the bakehouse does not make them every day. But that’s what makes them special, right? Of course you can always call in advance to place a special order if you don’t want to take the risk.

The Saturday I visited, three doughnuts remained around 12:30 p.m. I sampled two cake varieties: molasses cinnamon and chocolate. Both were fresh, light, and not greasy. The molasses was subtle and not too forward, and the cinnamon added nice texture to it. Without frosting, the chocolate cake doughnut was a little dry. But that made it perfect for dunking in coffee.

Come autumn they will offer an apple cider variety with apple cider glaze and pumpkin with cinnamon sugar or a maple glaze. Seasonal ingredients offer plenty of inspiration, but part of their deliciousness also results from the local ingredients they use, including organic flour from the nearby Lindley Mills, dairy products from Homeland Creamery, and eggs from the Saxapahaw Village Farm. 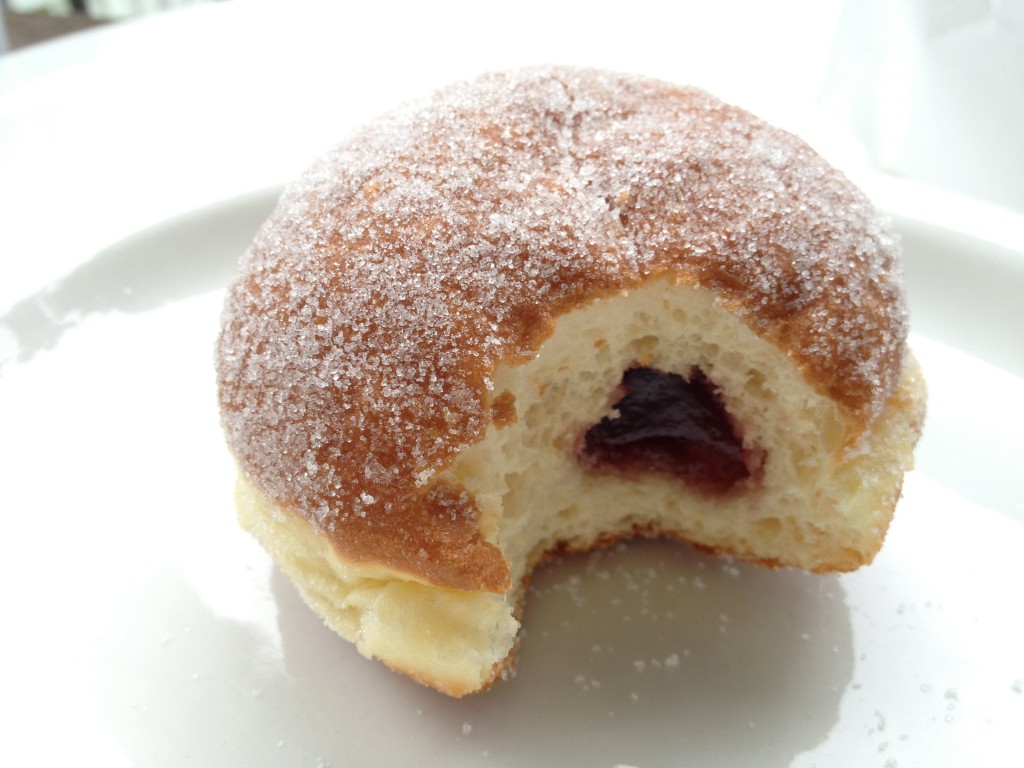 The Berliners at Guglhupf Bakery are raised yeast doughnuts filled with black raspberry jam and coated in sugar.

On Saturdays they also have Berliners, tender raised yeast doughnuts filled with black raspberry jam and coated in sugar. This doughnut has it all: great texture, quality ingredients, a perfect amount of filling, and balanced sweetness.

Claudia Kemmet-Cooper, Guglhupf’s founder and owner, says they make between 180 and 240 Berliners each weekend. It’s best to get there early because these specialty doughnuts are quick to go.

“Berliners are a staple in many bakeries depending on the geographic area,” notes Kemmet-Cooper. “They are especially popular around Karnival.” At Guglhupf they’ve been making them for years, starting soon after they opened in 1998.

Once you’ve had a Berliner, it may be impossible to ever enjoy a run-of-the-mill raspberry-filled doughnut from anywhere else. 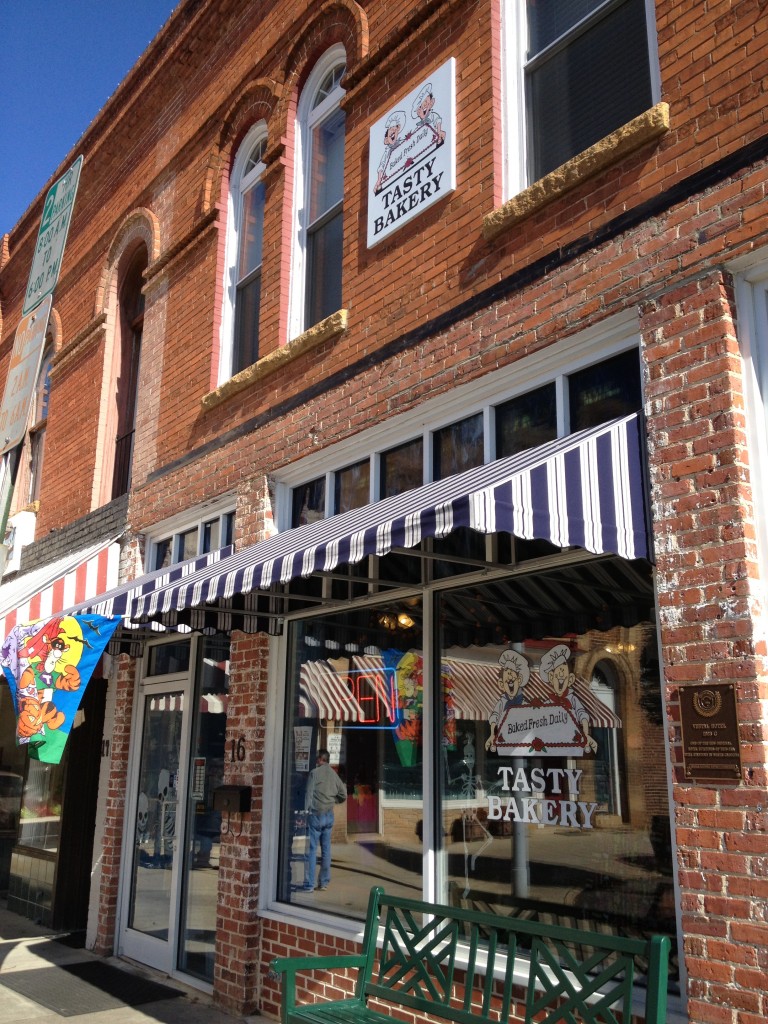 The Tasty Bakery storefront in Graham.

German roots are also behind Tasty Bakery. Its original owners, Lester and Marie Wolfe, were Germans from High Point that opened Tasty Bakery in Graham in 1960. Its current owner, Paul Harden, says it’s the oldest bakery in Alamance County. While it’s a full service bakery – with cakes, cannoli, pies, and éclairs – doughnuts have always been part of the menu.

Harden says the Wolfe’s offered raspberry-filled and cream-filled doughnuts with chocolate and chocolate dip. He began working at Tasty Bakery in 1995 and bought it in 2007. Today, Harden makes about 10 to 12 different raised varieties, including those the Wolfe’s offered and a few of his own creations, like lemon-filled and maple frosted. The bakery also makes doughnuts for its Hillsborough shop in the Daniel Boone Shopping Plaza.

The chocolate dip is my favorite. It is a delicate, raised doughnut that is glazed and then dipped in a sweet chocolate frosting. It simply melts in your mouth as you’re eating it. The plain glaze challenges Krispy Kreme’s classic. This doughnut has exactly the right amount of sweetness.

With so many bakeries across our state, this only scratches the surface of where to find delicious doughnuts where you least expect them.