The first family that moved into the brand-new little mill house in north Charlotte (now NoDa) stayed put for more than 60 years. It must’ve been exciting for the young couple to start their lives, to watch the area grow and change around them. In the early 1900s, theirs was one of the first of many homes built for textile workers at nearby Highland Park Mill No. 3. A century later, it still stands — with a few changes. Today, it’s The Goodyear House, and you’ll find its modern purpose on a plate. 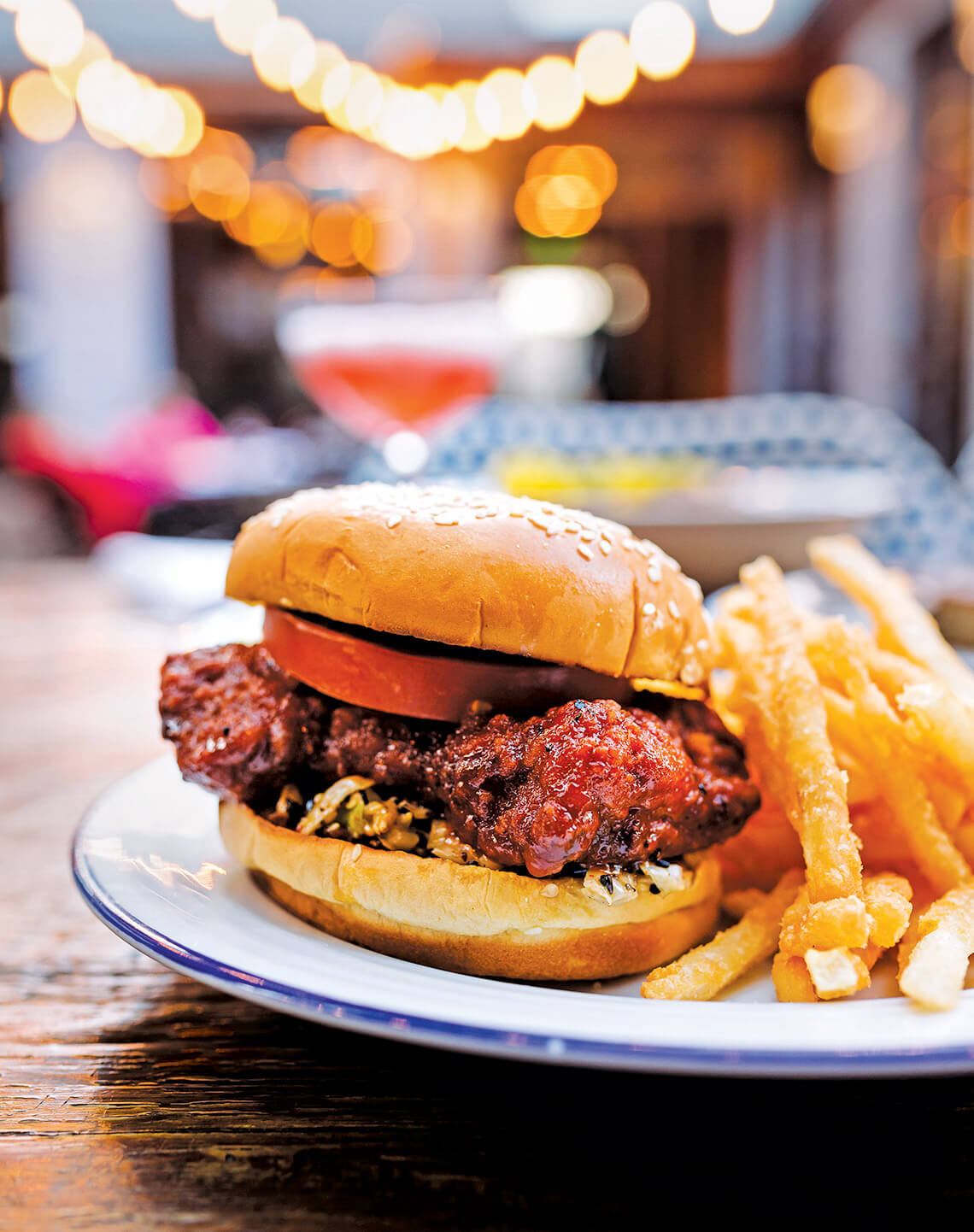 “We wanted to tell a story of the area’s transformation,” says Chef Chris Coleman. “The name references a term that was coined around the Depression, in which a family would have the means to add on to their home during a ‘good year.’ We took inspiration from the idea of new life and expansion: The textures, colors, and rooflines of each new addition are all a little different, much like the decor, and represent the house’s expansion since it was built more than 100 years ago.”

Inside, three separate areas represent eras that the original family lived through: Step into the front dining room, which is decorated like a home would have been in 1910, including an original fireplace. Across the breezeway, find the 1950s- and ’60s-inspired “Botanist Room,” with its floral wallpaper, prints from a mid-century textbook, and large glass garage doors that make the room feel like a greenhouse. Then, sidle up to the ’70s-inspired bar, with its wood paneling and plaid fabric, its vintage knickknacks and travel prints from North Carolina destinations: Grandfather Mountain, Wrightsville Beach, Lake Norman. 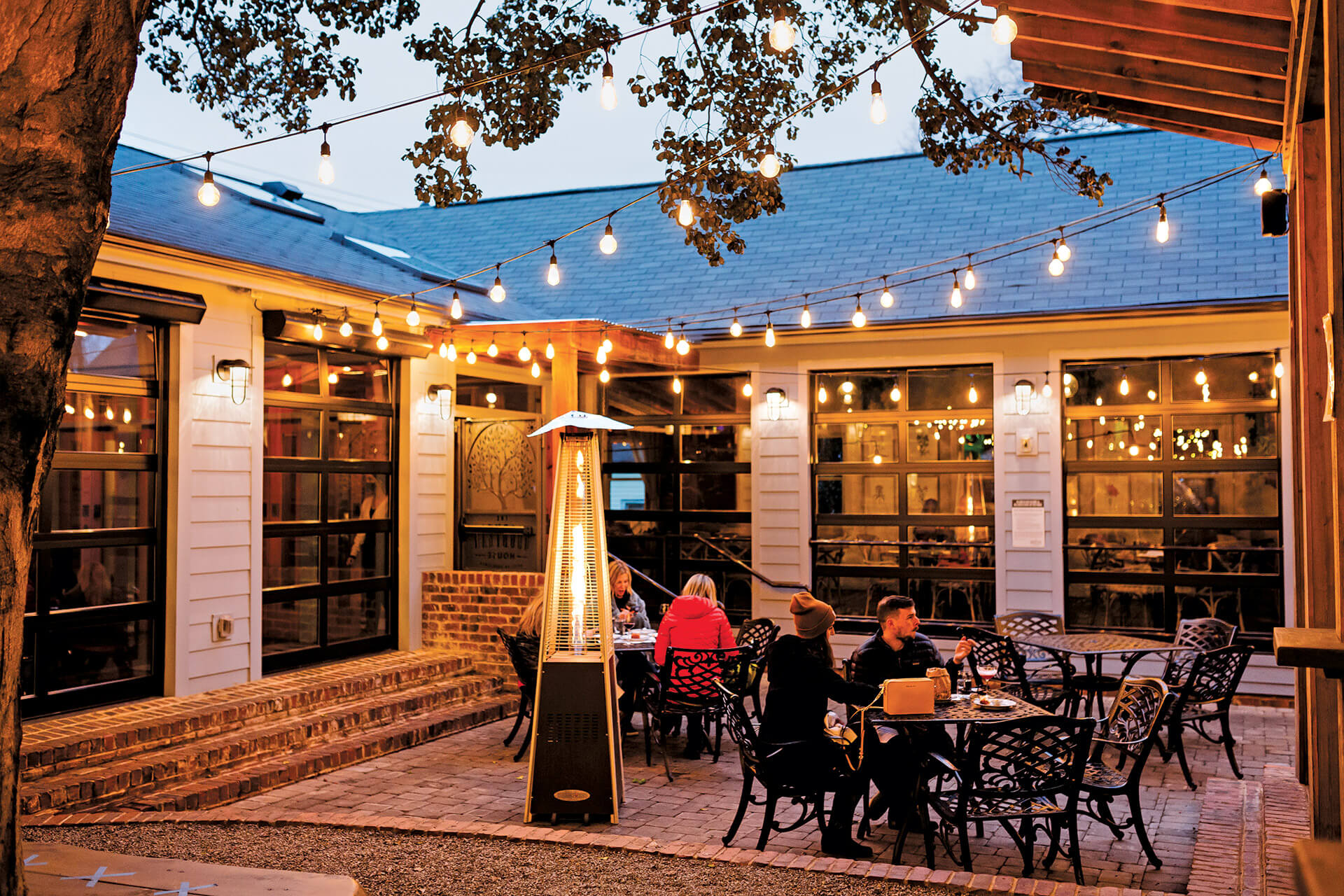 What’s inside the paper bag? Crispy shoestring fries. Diners pick from three seasonings — salt and malt vinegar, togarashi, or garlic, herb, and Parmesan — and then shake ’em up. photograph by Joshua Vasko

And, of course, there’s a backyard, anchored by a giant 120-year-old American holly, the very same tree that the house’s first family saw when they looked out their windows. Below branches and string lights — and next to the outdoor bar, whose design was inspired by a suburban family’s toolshed — diners sip craft cocktails (try the Norfolk & Southern) and dig into upscale comfort food. Because what would a house be without down-home cooking?

“They’re simple plates with complex flavors,” Coleman says. “We asked ourselves, ‘What would our grandmothers have cooked for family supper if they’d gone to culinary school?’”

As it turns out, the little house is a home once more, one where families and friends come together to break bread — well, pull-apart sour cream and onion brioche, to be precise.