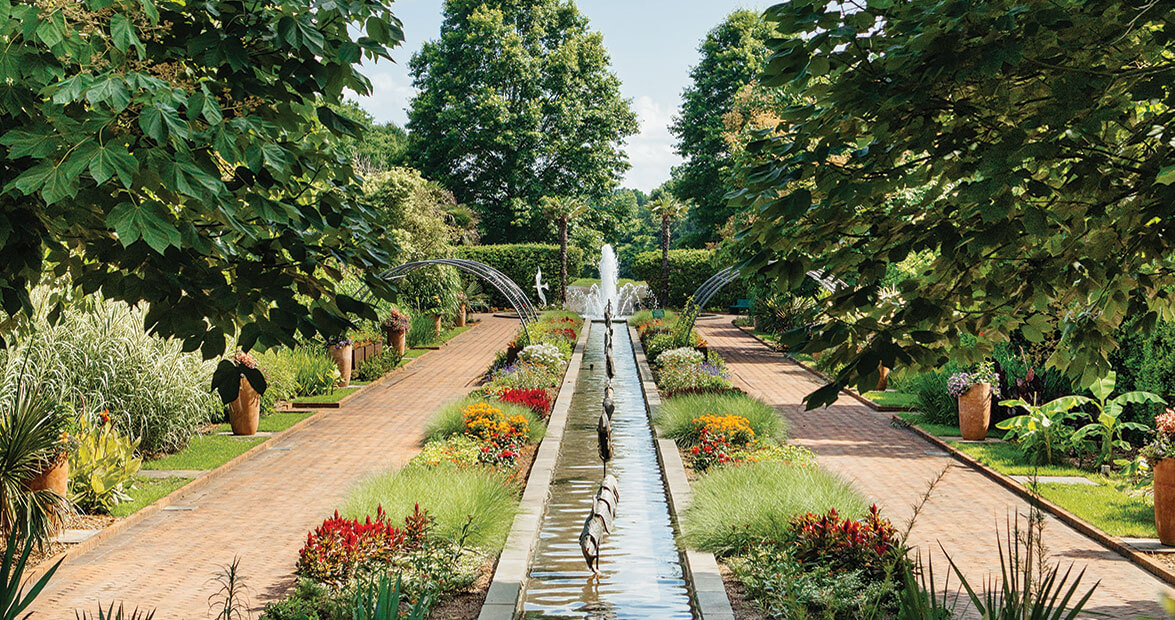 Belmont began with two sounds. The first was the clamor of bells, ringing out through a hushed quiet. On the grounds of Belmont Abbey, a Benedictine monastery founded in 1876, the bells can still be heard today. The second was the whistle and metal clanking of trains.

They carry freight instead of passengers now, but Belmont’s original name, Garibaldi Station, echoes like a refrain as locomotives rumble past the old depot on Main Street. Over the years, new sounds have joined the chorus: The drone of machinery in the textile mills, and the slamming of screen doors in the mill villages. Peals of laughter in downtown shops, and the babble of fountains at Daniel Stowe Botanical Garden. The rising hum of conversation and the clinking of glasses on restaurant rooftops and back patios. Belmont’s melody may have shifted, but the harmony of the song remains. 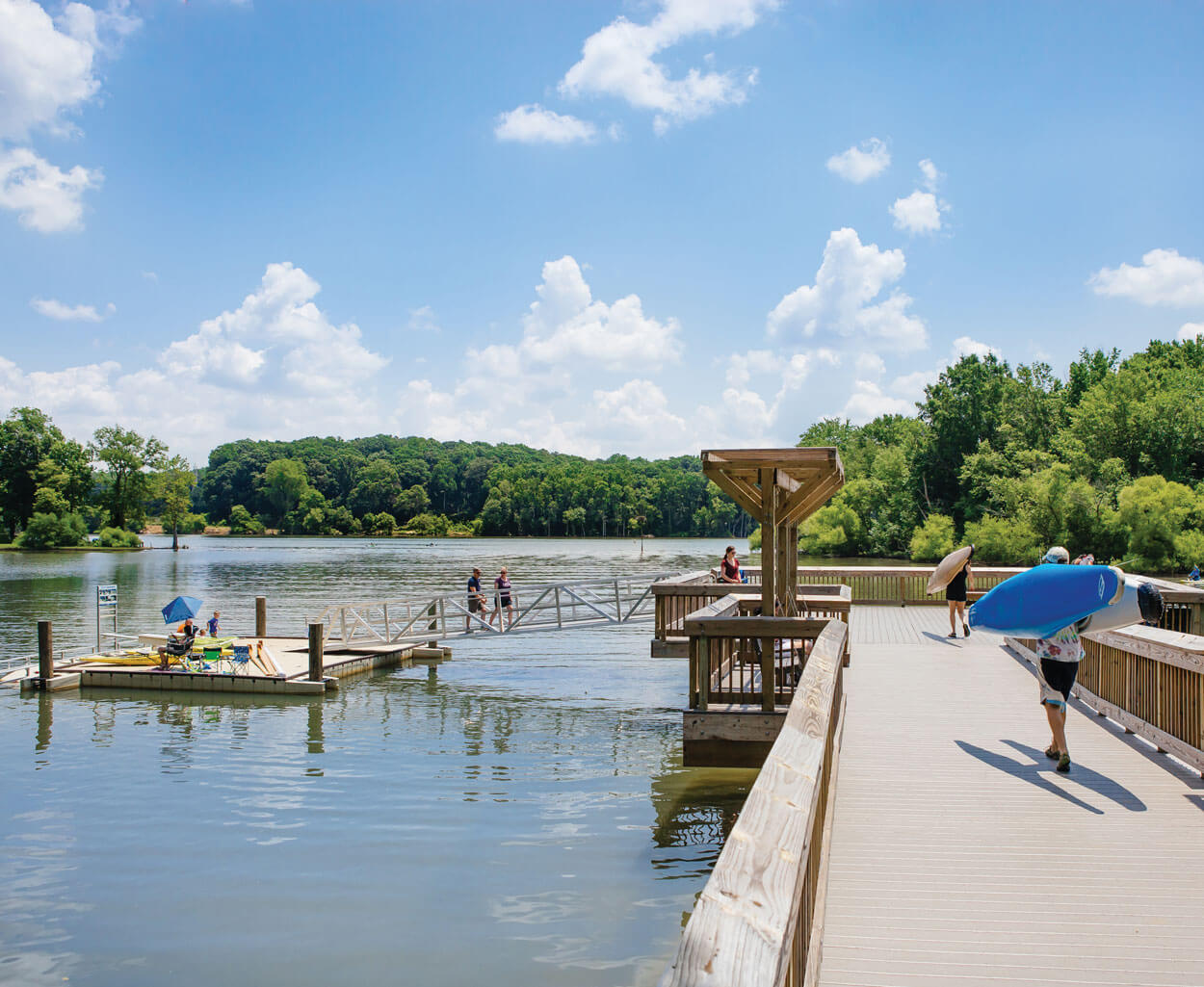 A quick drive from downtown leads to Kevin Loftin Riverfront Park, a scenic spot for playing, paddling, fishing, and swinging on the Catawba River. photograph by Tim Robison 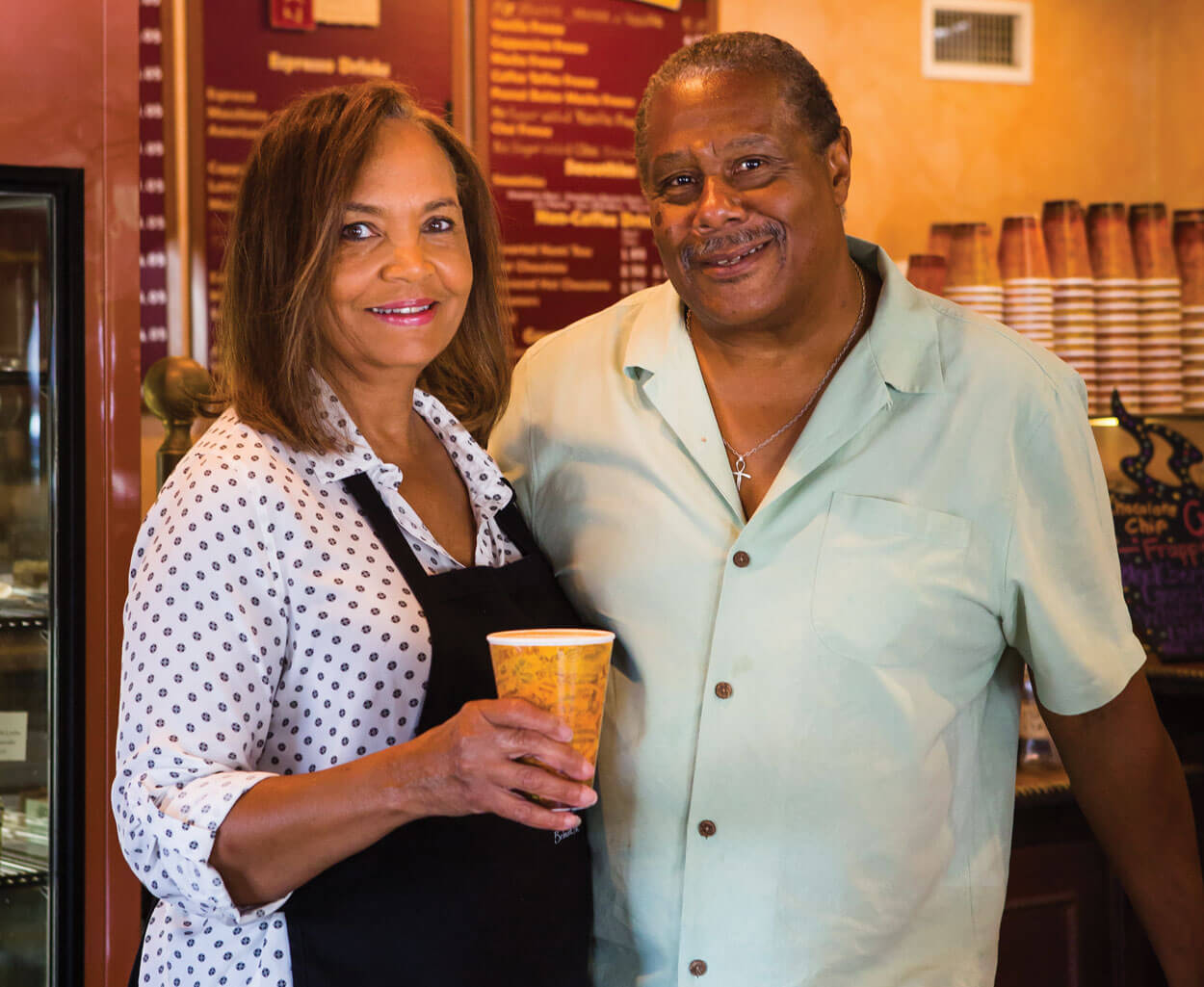 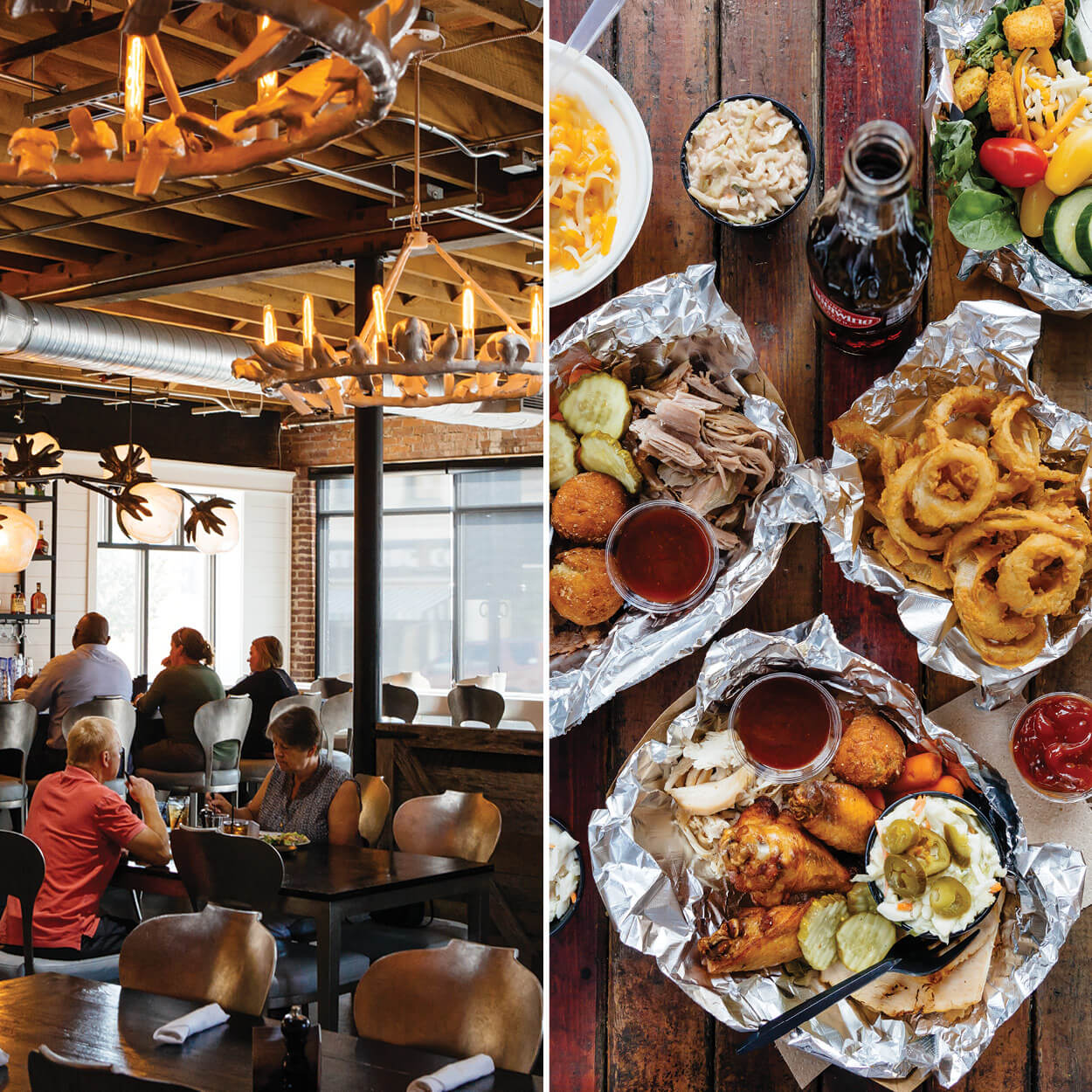 Then, head to Peace N’ Hominy Q Shack (right) for pulled pork, hush puppies, and onion rings, or belly up to the stylish bar at Nellie’s Southern Kitchen (left) for a glass of wine. photographs by Tim Robison 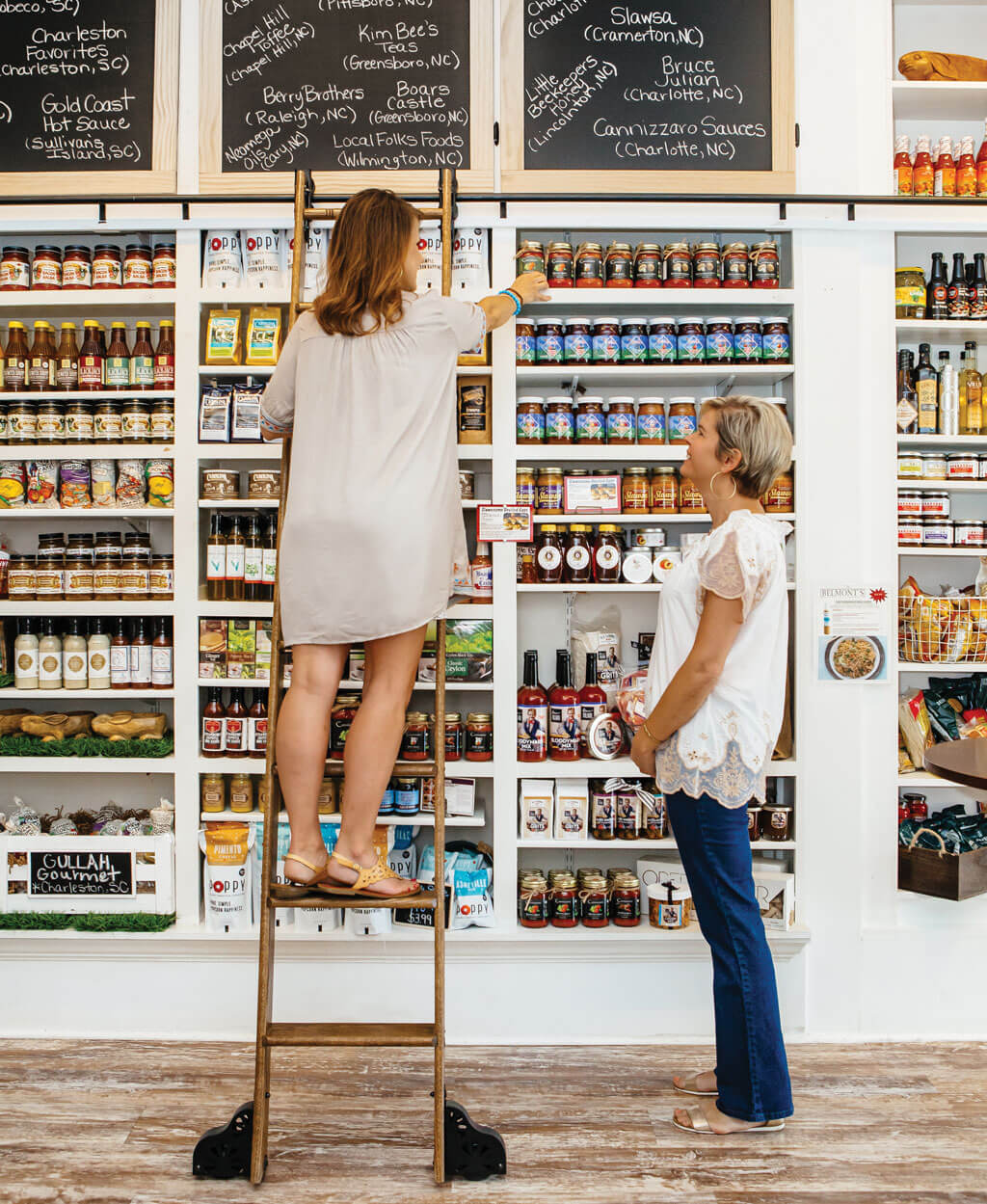 On Main Street, Belmont Specialty Foods stocks gourmet grocery items made locally and beyond. Eat a freshly made sandwich on the patio, or stock up on snacks. photograph by Tim Robison 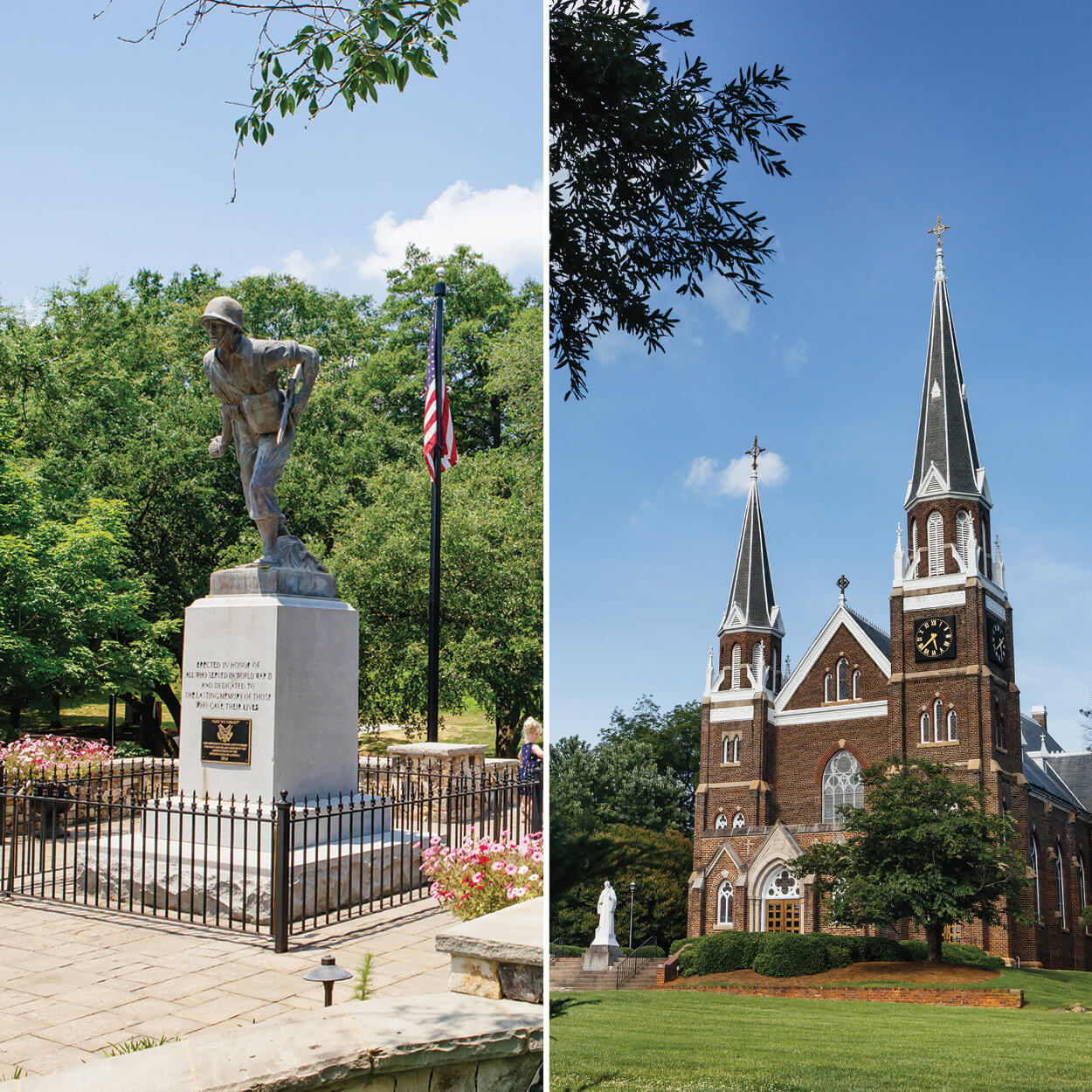 Then, head north to Belmont Abbey’s historic campus (right), or south to Stowe Park (left) for a laid back summer stroll. photographs by Tim Robison