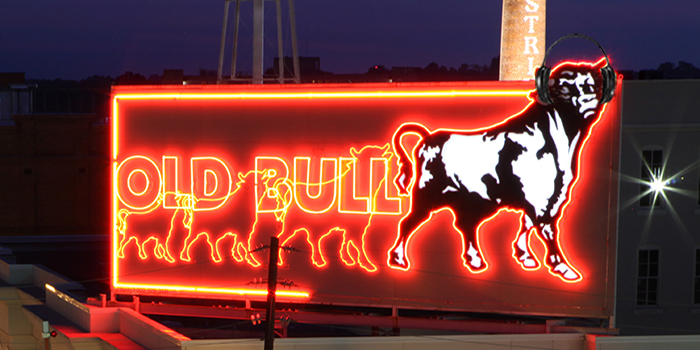 Visitors from all over flock to the Durham Performing Arts Center – known around the state as DPAC – to see world-class performances. The center helped raise the city’s reputation for the performing arts to a national level, and this past May, Billboard magazine listed DPAC as No. 10 in the world for ticket sales.

But Durham’s art scene doesn’t begin and end there. In a city founded on innovation, you don’t have to look hard to find local artists creating homegrown music that reflects a city moving to its own beat.

Durham is rooted in history, but its eclectic music scene boasts a reinvigorated spirit and promising artists that are supported by a passionate community, beloved venues such as the Carolina Theatre, Motorco Music Hall, and The Pinhook and the independent label, Merge Records, which will celebrate its 25th anniversary in 2014.

What better way to acknowledge the Bull City than through a music playlist? While this list is far from comprehensive, we chose ten songs from Durham-based artists that represent the flourishing music scene today.

Shana Tucker: “ChamberSoul” cellist and singer/songwriter Shana Tucker and her band stopped by the Our State lobby to perform a few songs that were as much fun to watch as they were to listen to.
Discover Durham – One city. Two photographers. Thousands of photographs. We sent Brent Clark and Lissa Gotwals to photograph the Durham they see.
Leaving Eden – Watch Rhiannon Giddens and Laurelyn Dossett perform “Leaving Eden,” in the Our State lobby.