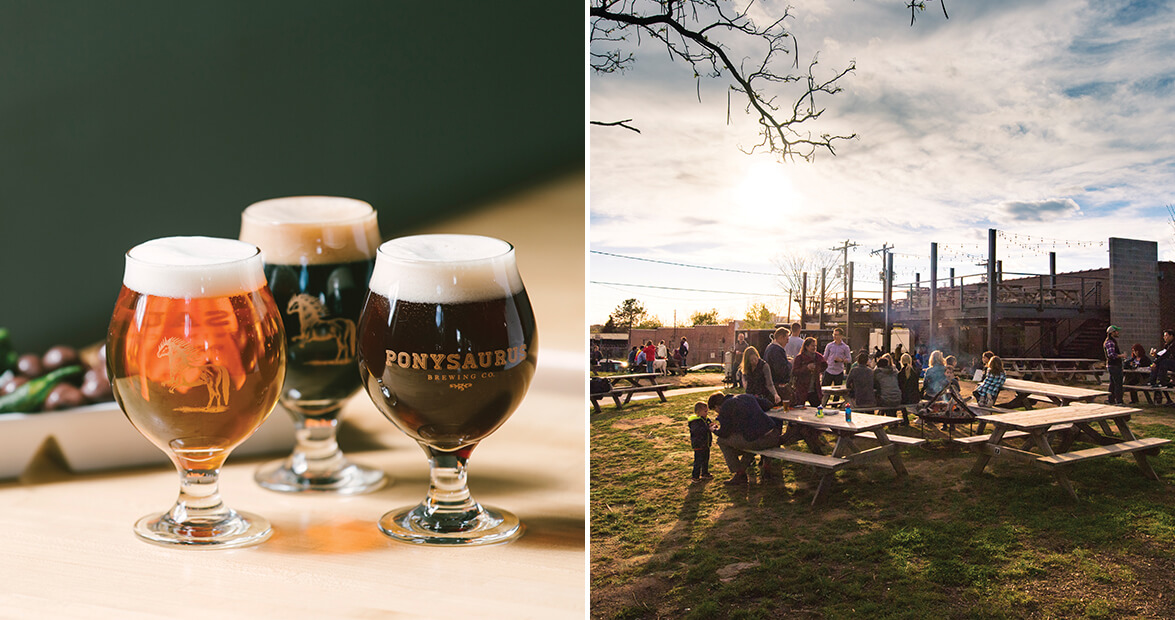 There’s a hiss as bratwurst meets grill top. A dog sniffs the air hopefully as his owner sips an IPA, and a family settles down at a picnic table with a cooler full of food — corn on the cob and chicken to grill, potato salad and coleslaw. But this isn’t a backyard cookout. Well, not technically.

This grassy yard is the beer garden at Ponysaurus Brewing Company. The food? Purchased with a pre-booked grill rental. That IPA? A taproom bestseller.

Rising up out of the yard, the brewery looks like an adult-size secret clubhouse: Steel decks stand tall on either side of the taproom, with cheery yellow fabric strung up like sails of a ship turned sideways and lined with string lights. 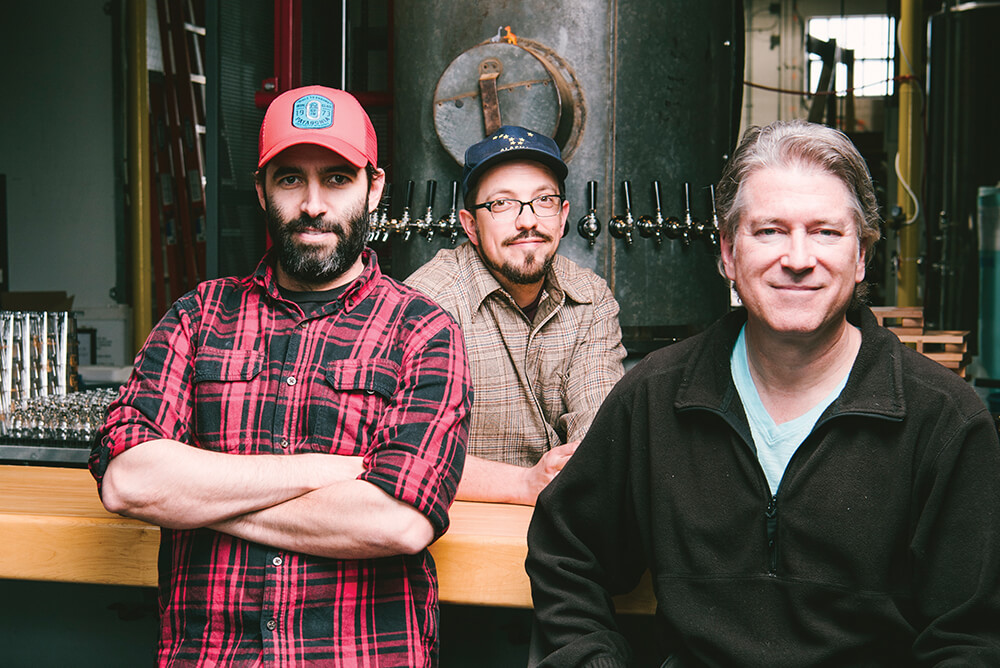 It’s fitting that the lawn is the center of activity: In a way, the brewery owes its very existence to a backyard. In 2012, Nick Hawthorne-Johnson, a local business owner, and Keil Janson, a special education teacher who’d been home brewing for years, met at a backyard party. Soon, the pair linked up with Creative Director David Baldwin, and Ponysaurus was born.

The brewmaster, Keil climbs the metal steps up to the platform of the shiny mash tun in the brewhouse — a far cry from the brewery’s rafter-grazing beginnings in an attic. Keil opens the tank to view the steaming mixture of water, grains, and malts inside.

“I don’t want to make a beer that I wouldn’t want to drink two pints of myself,” he says. “We want to make what’s accessible, but at the same time, I make sure there’s always a definable note. That note — it’s why you’d drink ours and not somebody else’s.”

The taproom follows suit. It’s comfy and familiar, and details like the glass candy jars behind the bar, full of snacks like dried okra and Swedish Fish candies for a dollar per scoop, add an element of fun that’s helped turn first-time customers into familiar faces.

“One of our regulars is a site supervisor working on a building downtown. Every time I see him, I ask, ‘What floor are ya on?’ ” taproom manager Andrew Carlson laughs. “One of my favorite parts of the job is making those connections.”

And Nick refers to customers as guests: “I want to welcome people just as you would if you had friends over to your house.” That is, if your house had a hip nickname, great beer, and the coolest backyard in the neighborhood.

Oh, and about that name? Keil’s former profession served as inspiration: “Apparently there are a lot of ponies and dinosaurs in the curriculum,” Nick says, grinning. The fanciful logo, designed by Baldwin, is a reminder of why they love what they do. “You take water, grain, and hops into the back, you do alchemy, and out comes this magical thing,” Nick says. “It’s a reminder to loosen up, that we’re involved in a magical endeavor.”