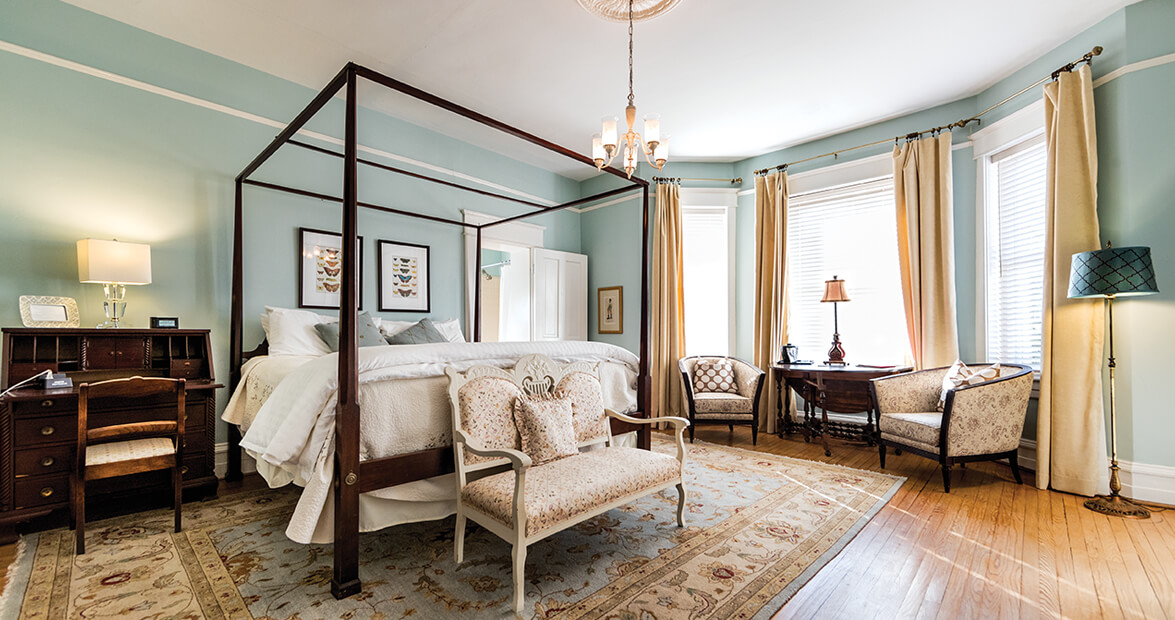 Everything about the Inner Banks Inn nudges you to put down the touchscreens and practice the fine art of conversation.

There’s the big, wide porch that wraps around a 1904 Victorian mansion shaded by live oaks and a cedar. There’s the brick patio with umbrella-studded tables and Adirondack chairs clustered around the fire pit.

And then there’s Murielle Harmon, one of the inn’s staffers, who abstains from texting — “It’s just as easy to talk to you,” she says — and is perfectly content with her flip phone.

She talks about how guests can sit for hours on the patio, laughing and carrying on, unaided by devices. This isn’t to say you’re deprived of screen time — the inn has WiFi and a TV in each room — but to shun a fireside chat or small talk on the porch is to miss out on the soul of this place.

The Inner Banks Inn is not just one structure but five, anchored a few blocks from Edenton’s prized waterfront. Its centerpiece is the three-story Victorian mansion with eight rooms; next door is the 1801 Satterfield House with its two luxury guest rooms and Greek Revival architecture. The Pack House, with eight rooms, was a tobacco barn that once stood outside town before it was taken apart and reassembled on this spot in 1987. On the eastern edge of the property, the Tillie Bond Cottage has a coastal bungalow vibe and houses two pet-friendly suites. The inn’s restaurant, The Table, is located in a converted carriage house. 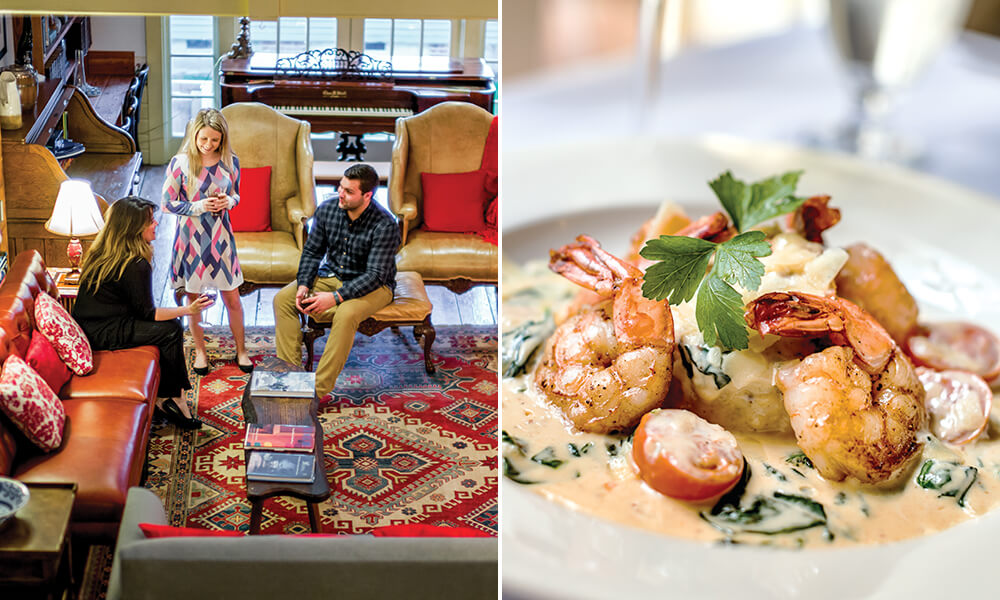 In the comfort of your guest room, on a sofa in the Pack House, or over shrimp and grits at The Table, socializing is the best entertainment. photograph by Charles Harris

This property has supported an inn since the early 1980s, when Arch and Jane Edwards opened a bed and breakfast in the Victorian house. They sold it at auction in 2009, and five years later, Beckwith came along to help the owner, Michael Scalpi, better market the place.

She had been a partner in a software firm based in Chesapeake, Virginia, and has long adored historic architecture. It just so happened that Scalpi, who was in declining health, decided to sell the inn at the same time Beckwith’s company was being sold. All the business travel had her feeling drained. “I was ready to settle in and cocoon for a while,” she says.

So, in October 2014, she bought the inn, and her son Miles helped her get it and the restaurant up and running. Since then, The Table has earned gushing reviews. Executive Chef Ronvair Bell plays a fanfare for your palate with his duck confit, beef filet, and shrimp and grits, plus chocolate mousse, flourless chocolate torte, sorbets, and cheesecake.

Then, after you’re sated, you can slip into a rocking chair on a cool spring night and bask in the warmth of companionship. And good conversation.