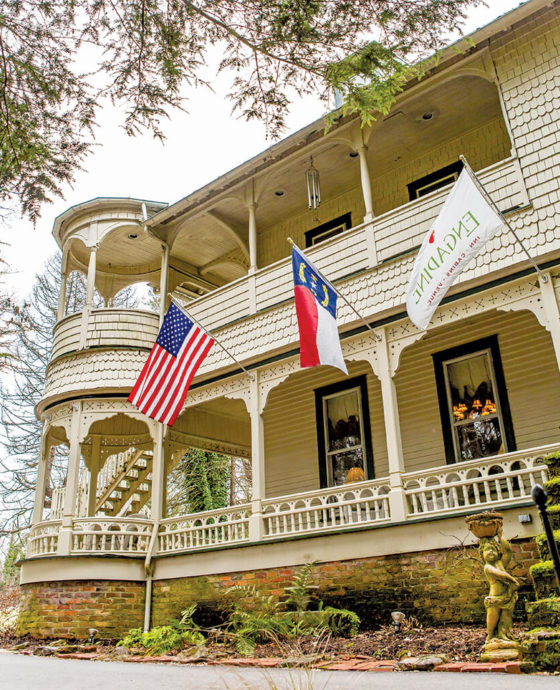 I happened on it accidentally, through some travel website, and the link said “call” instead of “click to reserve,” so I called. “I just need one night,” I told Rick Bell, who answered the phone. I needed to crash somewhere near my aunt and uncle’s house in Candler. “It’ll just be my two boys and me,” I said. “Oh,” he said, then paused. “Well, we don’t allow children in the dining room. But y’all can eat at the chef’s table in the kitchen.”

Among the rules and regulations at Engadine Inn and Cabins: no children in the inn proper; minimum two-night stay; two-person maximum in the room in question. I did not know any of that when I called. This story ends, however, with Rick and his partner, Tom Watson, feeding my boys third helpings of hot chocolate at breakfast. 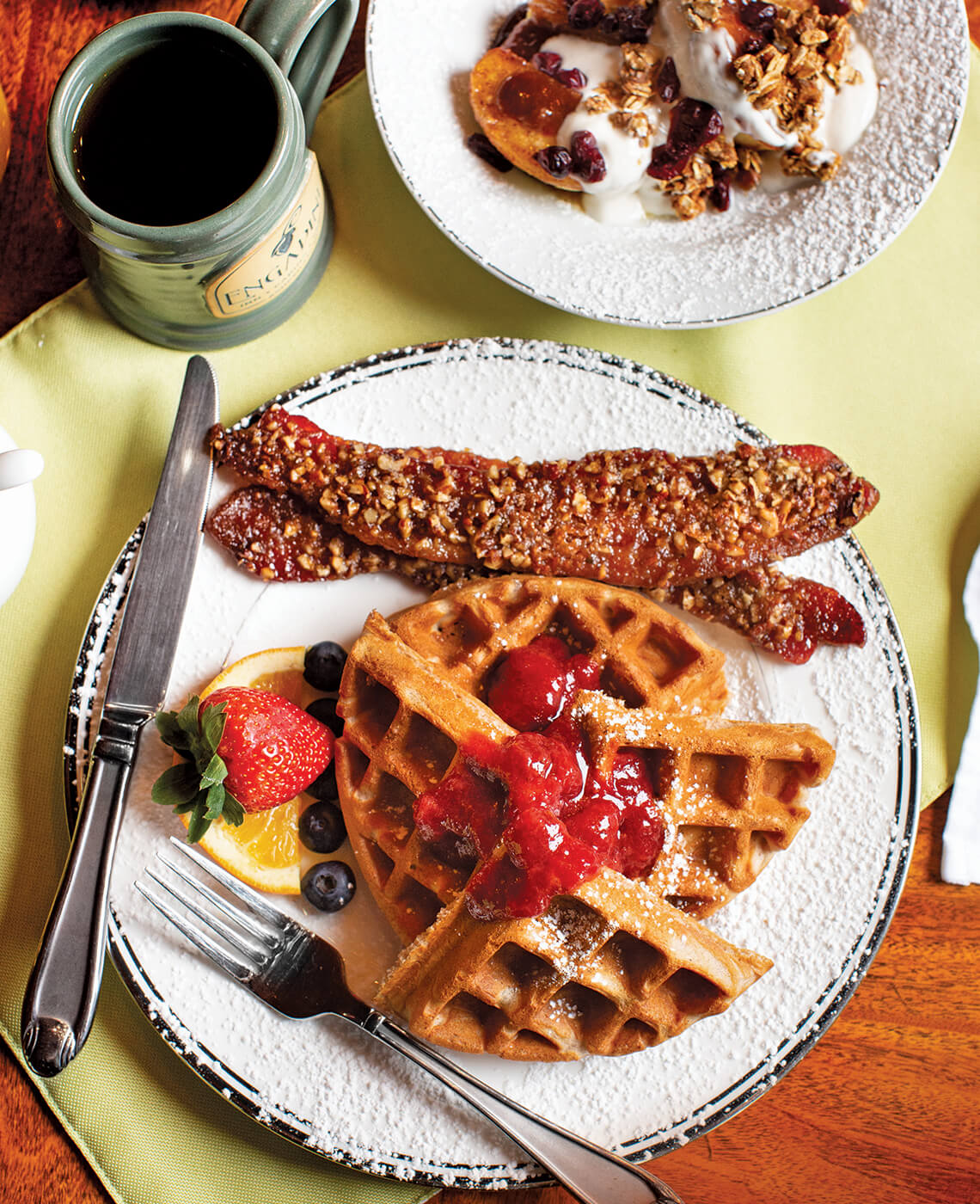 When Engadine’s current owners bought the inn in 2014, they held on to a breakfast tradition: applewood bacon with brown sugar and pecans. photograph by Tim Robison

Breakfast is the shining star at Engadine, but a close second is the building itself, built in 1885 and featuring original, never-painted woodwork seemingly everywhere. A word like “charm,” though, undersells the overarching vibe of the place. You feel welcome from the moment you walk up the front porch stairs.

“People arrive with what I like to call their ‘game face’ on,” Rick tells me. He and Tom have owned the inn since 2014. “They’ve been driving in traffic, haven’t checked their email — I love to watch them relax over the weekend and respond to the hospitality we provide. By the end, total strangers want to hug us.”

In our case, Engadine hospitality meant serving my boys that aforementioned hot chocolate in the morning, along with waffles and candied bacon, while at the same time preparing some kind of soufflé as well as baked apples with agave-sweetened yogurt and house-made granola for their 10 dining room guests. I’d asked my guys — 9 and 6 years old, and not given to any sort of stillness or quiet — to please, please be still and quiet. “We’re not actually allowed to be here,” I’d told them, but that’s not at all how things felt: We were, in every sense, Rick and Tom’s guests, and they bustled through morning service as though having two (relatively still) kids and a tired dad in their kitchen was simply par for the course.

It is, as it turns out. Families staying in the cabins are welcome at the chef’s table for breakfast. Here’s Engadine in a nutshell: There’s a long page of rules that seem eminently bendable. There are sleds in the basement that Tom breaks out when it snows. It was warm when we were there, but we went up to the sledding hill after breakfast to take in the panoramic views of Thompson Knob and Hominy Valley above the inn. “Can we run down the hill?” my boys asked, and they were gone, shrieking and tumbling, before I’d even said yes.

When I first called, Rick told me, “I think we’re booked, but let me check. I’ll call you right back.” And he did, 10 minutes later, saying what I think he tells just about everybody at Engadine: “You know, I think we can make that work.”