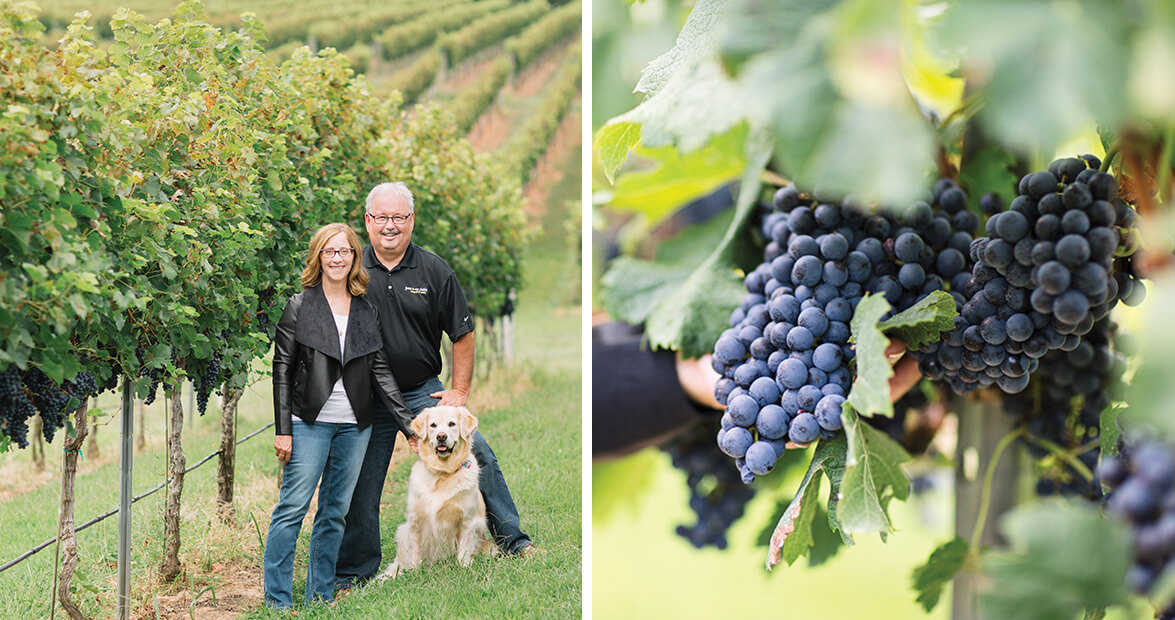 Nearly every one of those miles has been driven on business for Jones von Drehle Vineyards & Winery, which Chuck and his wife, Diana, co-own with Ronnie (Diana’s sister) and Raymond von Drehle, in the Yadkin Valley town of Thurmond. Chuck first started racking up the miles driving back and forth from Atlanta, where he and Diana lived at the time, to establish the vineyard. He made the trip almost every weekend for seven years, until the winery opened in 2014.

Now, the grapes are flourishing, and it’s sales and distribution that keep Chuck and Diana on the road. Chloe, their loyal golden retriever, often comes along, too: She’s ridden with Chuck for more than 300,000 miles and gotten to know many of the customers. “People love Chloe,” Chuck says. “She’s a fixture now.” Jones von Drehle wines are sold in more than 300 wine stores and restaurants. Chuck delivers three days a week, sometimes more, and at times will drive to Fontana Dam or Corolla and back in a single day. “We want our customers to know who we are, and we want to know who our customers are,” Diana says. She’s put around 147,000 miles on her own car in just over two years. “It forms a relationship, and it lets them see what we’re doing, how hard we’re working to produce a really quality wine.”

It was a Drive, in fact, that started all this. In October 2007, Chuck and Diana were riding through Yadkin Valley wine country after their daughter’s soccer game when they stumbled upon a gorgeous pasture. Chuck slammed on the brakes and said, “This represents what we need to find in this area.” They sat there for a moment, staring at this perfect piece of land, before slowly continuing down the road. 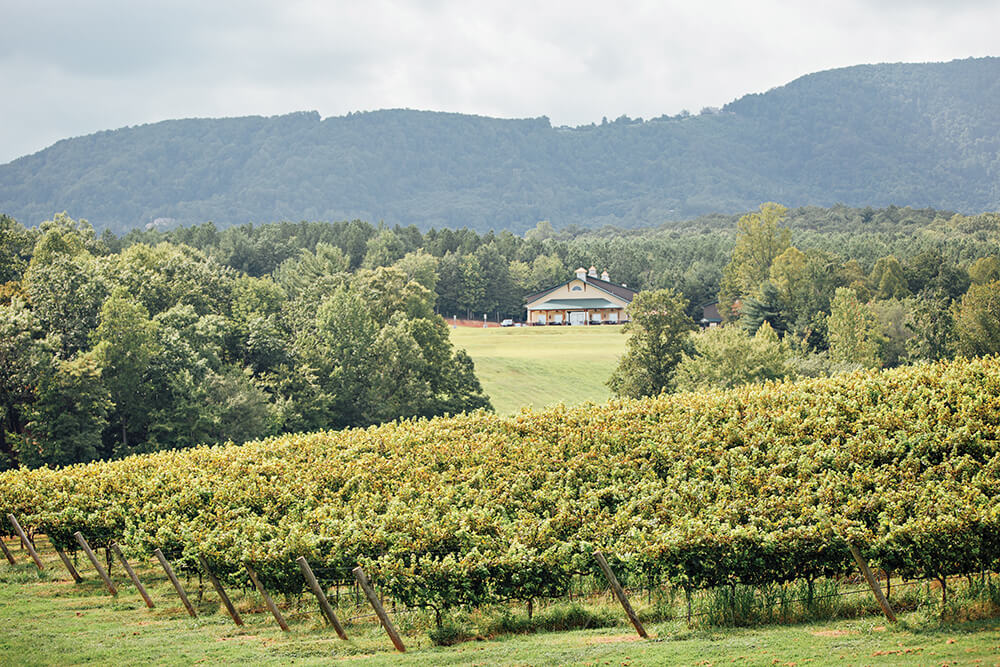 And there, on the fence, was a “For Sale” sign. It was exactly what they had been looking for: The mountainside faced south, perfect for catching the right amount of sunlight. The wind that swept in through Roaring Gap would keep the grapes dry and help develop their flavors. And although they chose the location for the grapes, the tranquility and beautiful mountain views make this home for Chuck and Diana, too. “I wouldn’t trade this setting for anything,” Chuck says. “It’s just incredible.”

At night, when the stars shine down on the vines, they can see how far they’ve come. And when they look up at the moon, all those thousands of miles away, they see just how far they can go.