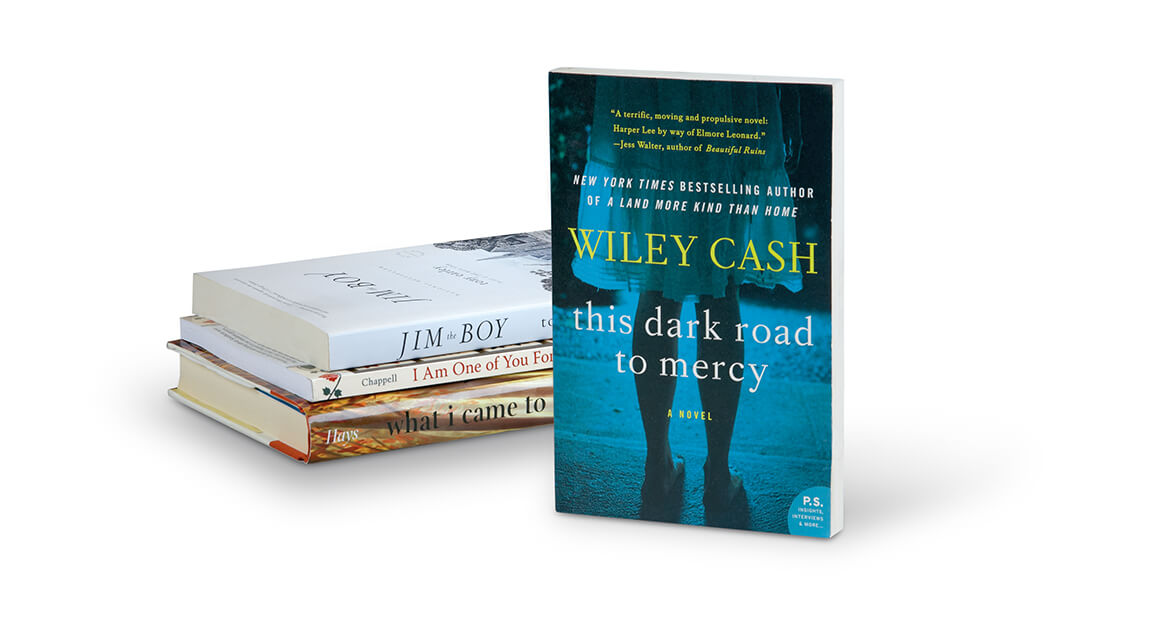 This Dark Road to Mercy

Easter and Ruby are sent to an orphanage after their mother’s death. Their father, a minor league ballplayer, had renounced custody of them, but now he’s determined to outrun the law to be a part of their lives. Cash’s novel proves that the love of family trumps everything else. Even the fear of getting caught.

I Am One of You Forever

Jess’s family is full of characters, from an uncle who sleeps in his own coffin to one whose beard’s true length is the subject of family lore. Mountaintop picnics and lakeside fish frys accompany boyish pranks and heartbreaking truths of what it means to have and to hold — as evocative now as when the novel was first published in 1985.

Jim’s life in Aliceville is typical, but those who are a part of it, from his mother and uncles, to a playground-rival-turned-friend, transform it into one of simple complexity. Together, vignettes of humor, beauty, and deep poignancy tell the tale of a boy’s coming of age during the Depression.

What I Came to Tell You

After his mother’s death, Grover withdraws to his “workshop” in a bamboo grove, where he weaves flora into natural tapestries, and his sister, Sudie, becomes determined to fulfill her mother’s last wishes. Set in Asheville, Hays’s young adult novel is a reminder that accepting others’ help to deal with grief is a part of moving forward.