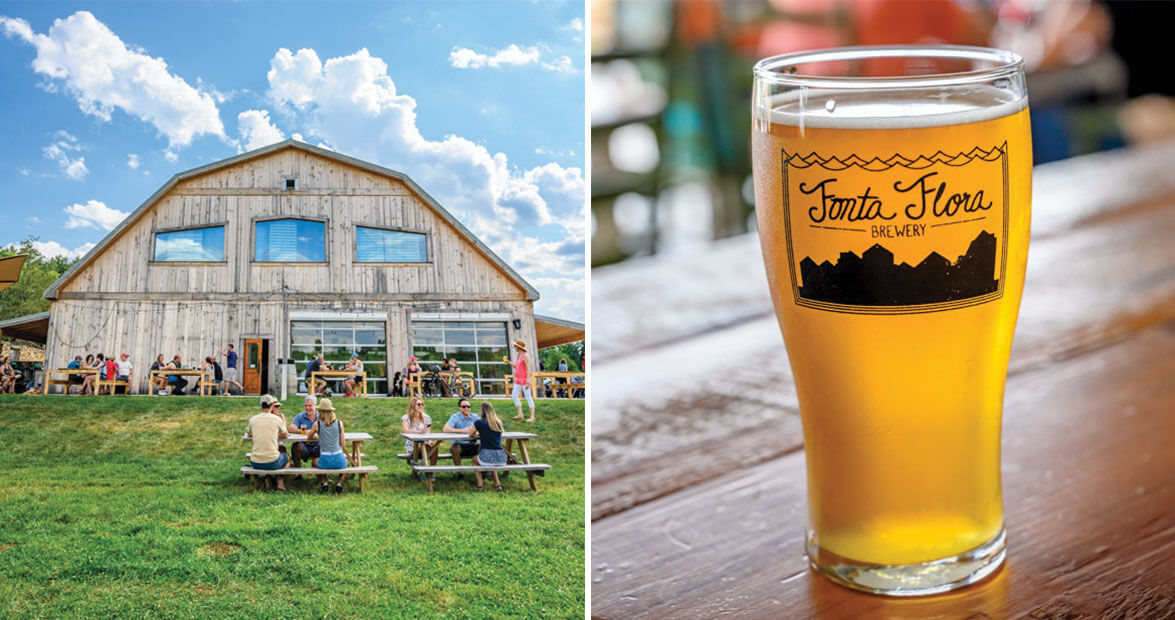 Seven years ago, brothers Mark and David Bennett walked into the Morganton Public Library with a mission: to scour old historical documents for a name that would fit the new brewery they were starting with brewmaster Todd Boera. “And a lady who works there said, ‘You know what? Nobody ever uses the name Fonta Flora for anything,’” David remembers. “My brother and I just looked at each other and said, ‘That’s it!’”

They liked the mystery surrounding Fonta Flora, a former farming community, part of which lies beneath Lake James like an underwater ghost town. And the name dovetailed with their own idea of creating a craft brewery with deep agricultural roots in western North Carolina: beers made with ingredients grown in local soil.

In 2013, the Bennetts, Boera, and an investor opened Fonta Flora Brewery on North Green Street in downtown Morganton. A year later, they brought home a gold medal from what’s been called the beer-nerd Mecca: the Great American Beer Festival in Denver. From there, demand for their craft brews took off. Soon, the company outgrew its 2,500-square-foot brewhouse and taproom. 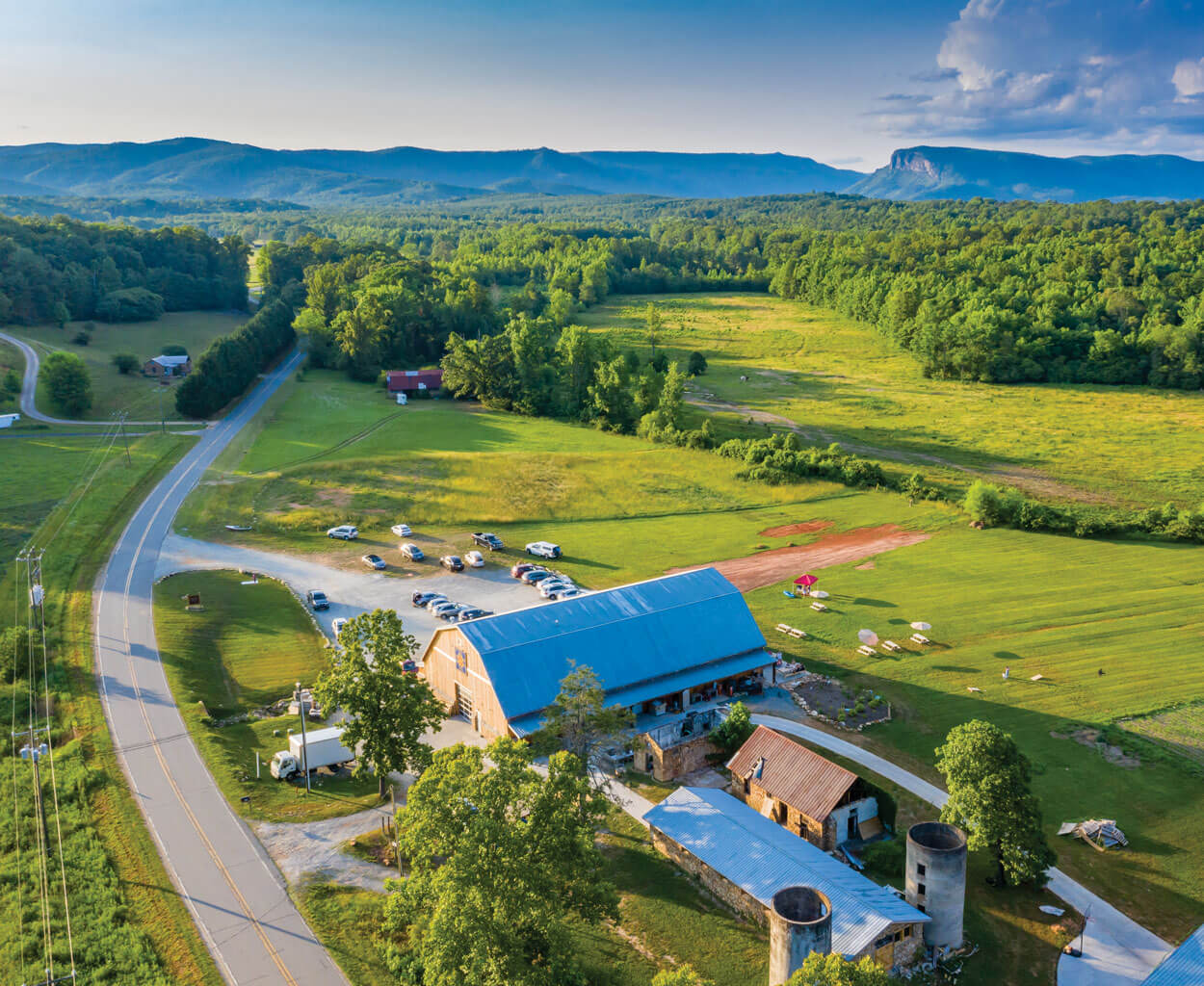 Guests at Fonta Flora’s newest taproom and brewery in Nebo may come for the award-winning beer, but they linger over the scenery: a meadow, forest, and mountains in the distance. photograph by C2 Photography

To expand operations, they snapped up the old Whippoorwill Farm in Nebo, near the fabled Fonta Flora community. Open since August 2018, the 6,000-square-foot barn on about 14 acres gives the company plenty of room to brew and to grow. With the farm’s 15-barrel brewhouse, Fonta Flora has increased its brewing capacity fourfold — from 700 barrels to more than 2,800.

“It’s direct from the source,” David says. “It’s not coming from processing plants.” Many of the ingredients, like melons and pawpaws, are grown at Whippoorwill, too, and the water the brewery uses comes from a well. “It’s rare that you see a business actually make a better product when they expand,” he says. “But the farm has made our beer better and put more of our signature DNA in the product, which is primarily defined by our geography.”

That geography also defines the crowd that gathers for pints at Whippoorwill, a short drive or bike ride from the entrance to Lake James State Park. “When you come up on a Saturday or a Sunday,” David says, “you’re going to see a lot of bike racks, kayaks on the roofs, and things of that nature.” Nature, perhaps, is the operative word here.