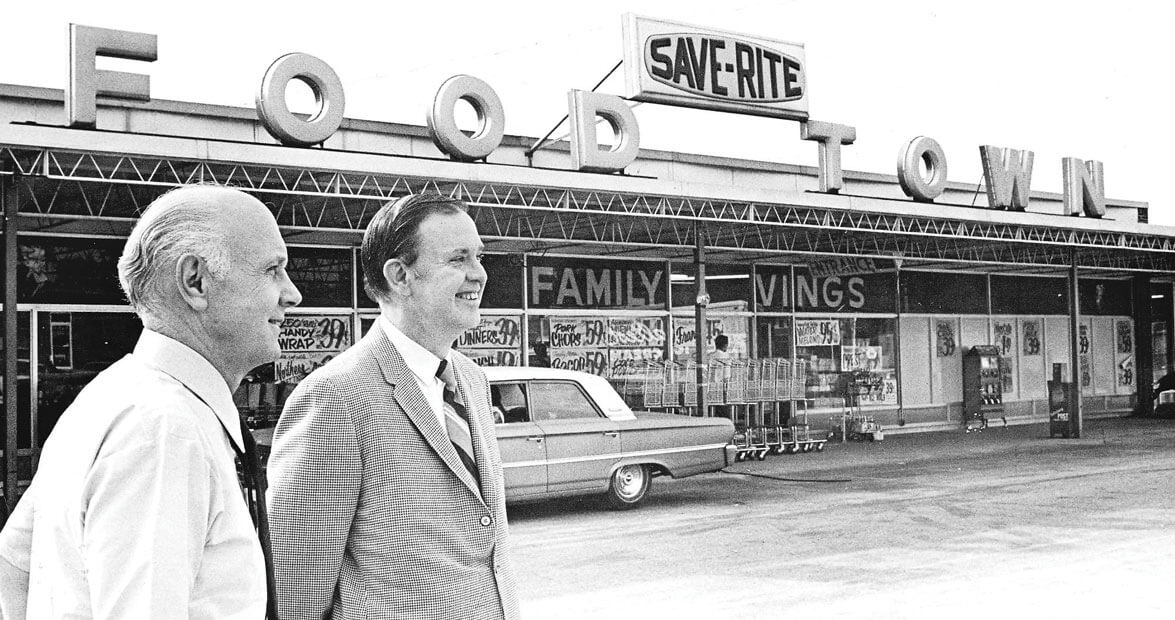 EDITOR’S NOTE: This story was originally published in the September 2012 issue of Our State. Ralph Ketner passed away on May 29, 2016.

It was 1957. Three Salisbury men wanted to start a new grocery chain, but they couldn’t scrape together enough money to open the first store.

Ralph Ketner; his older brother, Brown; and their colleague Wilson Smith had soured quickly on their new positions with Winn-Dixie, which were part of a package deal when the corporation purchased a local chain. Working for the small stores always seemed like friends helping friends for a common cause — the customer.

“When we went to a larger chain, we found that relationship was not there,” Smith said years later. “We became a little bit disillusioned.”

When plans were announced for Salisbury’s Ketner Center, the three men took the chance to leave Winn-Dixie and start their own company.

To collect the additional amount, the men paged through the Salisbury telephone book and wrote down the names of people they knew.

Of the 250 numbers they called, 122 people invested mostly because of their familiarity with the men from the old Ketner stores and on strong, small-town loyalties.

J.J. Barger, a druggist in the tiny Rowan County town of Faith, was one of those investors. He bought 50 shares for himself and his wife, Zeda, who did not understand stocks and assumed they were giving Ralph Ketner a loan.

On December 12, 1957, Food Town opened the largest supermarket in Salisbury — a long, low, 15,000-square-foot store on the edge of town. Food Town’s debut also launched a yearlong price war as competitors — including a vengeful Winn-Dixie — tried to put the upstart company out of business.

The price war allowed Salisbury residents to cherry-pick among stores and buy the ridiculously cheap specials in mass quantities. Coffee went down to 39 cents a pound. Fryers were 15 cents to 19 cents a pound; sugar, 19 cents for a five-pound bag; and Coca-Cola, 49 cents for 24 six-ounce bottles.

Things got out of hand when Brown’s son taped nickels to loaves of bread that Food Town was selling for 5 cents, thereby giving the bread away.

Although the price war abated, Food Town’s struggles did not. During its first decade, the company opened 16 stores and closed nine. Brown left Food Town in 1964, and the small chain limped toward an uncertain future.

A change of luck

The company’s fortunes famously turned in 1968 when Ralph Ketner gambled on a low-price business strategy that transformed Food Town — which became Food Lion in 1983 — into the fastest-growing grocery chain in the country.

“Lifestyles of the Rich and Famous” came to Salisbury in 1987 to cover the small-town business that made many of its local investors millionaires.

Brown Ketner died in 1994; Wilson Smith in 2011. Smith and Ralph Ketner became two of their community’s greatest philanthropists, as did many of their original-investor friends.

When Catawba College conducted a $28 million fund-raising drive in the 1980s, gifts of Food Lion stock accounted for $15 million. Zeda Barger, who thought she was giving Ralph Ketner a $500 loan back in 1957, contributed $750,000 toward refurbishing a dormitory.

She’d kept her original Food Town shares in a dresser drawer, never realizing what they were worth.