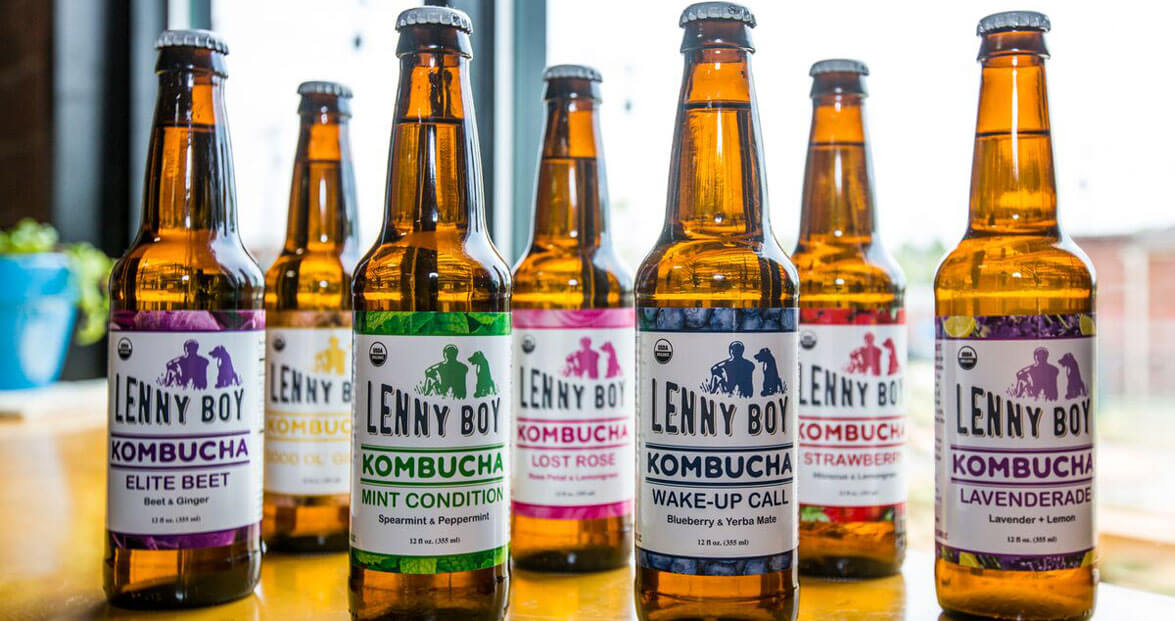 Living healthier and trying new things are two common New Year’s resolutions, and several breweries across the state offer the opportunity to meet both goals at once.

For 2,000 years, people have drunk kombucha for its healing properties. “It’s low in sugar and caffeine, and offers clean natural energy packed with beneficial yeasts and bacteria,” says Carly Erickson, proprietor of Boro Beverage in Cary.

If you’re curious about kombucha, plan a visit to one of these four breweries that are tapping kombucha alongside their craft beers.

Today, the brewery offers seven kombuchas year-round, including Lost Rose, made with rose petal and lemongrass, and Lavenderade, made with lavender and lemon, as well as seasonal flavors, like sweet potato pie.

Lenny Boy’s kombuchas are sold by the bottle, crowler, growler, and keg in the brewery’s taproom, and in stores across North Carolina and along the East Coast.

Apex’s Southern Peak Brewery creates small-batch kombuchas from local fruits and homegrown herbs. Past releases have included a pineapple-kiwi-mango-ginger flavor and a batch featuring North Carolina muscadines. Call ahead or visit the brewery’s Facebook page to check availability, as the kombuchas often sell out within days of each batch’s release.

For those interested in the science of kombucha brewing, Southern Peak is hosting two home brewing classes in January with in-house kombucha specialist Sarah Michalski.

Carly Erickson has been the manager of Steel String Brewery’s taproom since the brewery opened in Carrboro in 2011. Erickson is also the proprietor of Boro Beverage, a company producing kombucha, switchel, and shrubs. Steel String carries Boro Beverage’s kombuchas on draft or in growlers, including small-batch releases like Bloody Mary kombucha.

Recently, Erickson launched a successful Kickstarter campaign to fund the conversion of a 1968 Shasta camper into a mobile unit to serve farmers markets, food truck rodeos, and more. Boro Beverage products can currently be found across the Triangle, including at Grey Squirrel Coffee Co. and Johnny’s Gone Fishing in Carboro and Guglhupf in Durham.

If you’re not quite sold on kombucha, Cary’s Fortnight Brewing Company has something to help ease you into it: Lucid Dreamer, a “beer/kombucha hybrid.”

On the beer side of things, the drink is brewed with the malt and hops you’d expect. On the kombucha side, which is sourced from Cary-based kombucha company Tribucha, the drink includes organic tea and spices such as ginger, cayenne, and turmeric. The brewery describes the drink as “delectably sour with a warming sensation.” While kombucha normally contains only trace amounts of alcohol, Lucid Dreamer clocks in at 4.5 percent ABV.

Lucid Dreamer is currently on tap at the brewery, and will be available in cans soon.