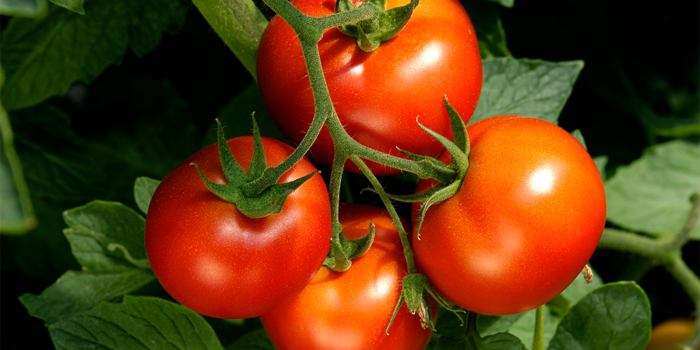 No doubt, the tomato is one of the most popular vegetables grown by home gardeners. Few Southerners achieve adulthood without learning the joys of a tomato sandwich–thick with mayonnaise and handsome fresh tomatoes still warm from the garden. It just doesn’t get much better than that.

That seems to be why most gardeners put up with growing this sensitive crop.

A gardener must be on his toes to keep up with the never-ending parade of diseases and insects that bombard our storied vegetable.

One of the most devastating tomato afflictions is early blight. This fungus lives in the soil, and as successive tomato crops are planted, levels of the alternaria solani fungus rise. Weather conditions also incite the disease. After multiple cool and cloudy days, with plenty of rain and high humidity, early blight begins to creep up the tomato stem until it eventually engulfs the entire plant. Early symptoms include the yellowing and wilting of lower leaves, leaves dropping off the plant, and dwindling yields.

But you can prevent and control early blight. A three-year crop rotation is vital to keeping fungus levels low. This is true for other early blight-susceptible vegetables such as potatoes, eggplants, and peppers. Mulching at the time of planting is effective at keeping soil from splashing onto lower leaves and stems. Staking or caging is also important since they keep plants off of the ground.

Early detection can save the season’s crop. Applications of protective fungicides should be started at the first symptoms of the disease. Remember, fungicides work to prevent the fungus from transferring to unaffected parts of the plant. If your garden has a history of early blight, preventive sprays may be started soon after transplanting. Decent yields can be achieved when quick steps are taken to control the disease.

North Carolina gardeners revere their tomato crops, both heirloom and hybrid. Once you learn how to keep early blight at bay, this king of the garden reigns as a favorite on the summer dinner table.

Donna Teasley is an extension agent in Burke County. This articled appeared as a guest column in the July 2012 Gardening Newsletter.