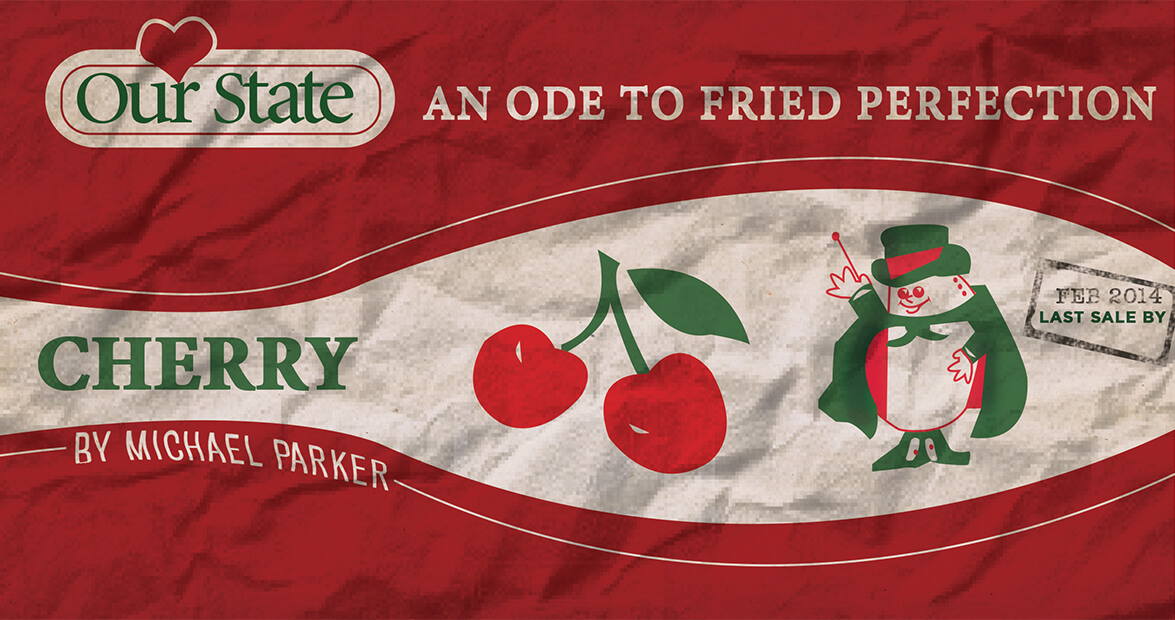 These days I am a discriminating eater. If they say kale and quinoa are good for you then that is what I eat, but it wasn’t always this way. I grew up eating food junkier than a Myrtle Beach mall. Cheetos, chocolate sodas, Squirrel Nut Zippers. My mother did not cook during basketball season — she was too busy worrying over how her Tar Heels would fare — so we ate McDonald’s.

At McDonald’s we topped off our burgers and fries with what they called a turnover. I called it a fried pie. It was fresh and hot, but far inferior to the Hostess version. The Hostess cherry pie — my preference over lemon, apple, and chocolate — had an alluring wrapper, dark red with a plump magician decked out in a top hat and a green cape waving a wand over two equally plump cherries. I never turned down a turnover, but I preferred the real fried pie, the kind I purchased at Boykin’s Store in Clinton, where I hung out after school running up a tab on Funyuns and fried pies while shooting pool with my buddy Sam Lockamy.

Pie purists might dismiss the subject of this love song because no one has ever used the word “fresh” in the same sentence as a Hostess fried pie. Even back in the day, before the invention of healthy diets and the discovery of cholesterol, I must have known that my pies had been sitting on the shelf for six weeks. I don’t even want to know what kept them from going bad. I have never liked it when people use the word “preservative” in any context save slapping some aluminum siding on an old house. Surely some uniformed fellow driving a step van came around occasionally and checked the expiration dates. But what was in my pie that might expire? Hadn’t the cherries “expired” as soon as they were plucked from the tree? As for the dough, it was probably made before I was. 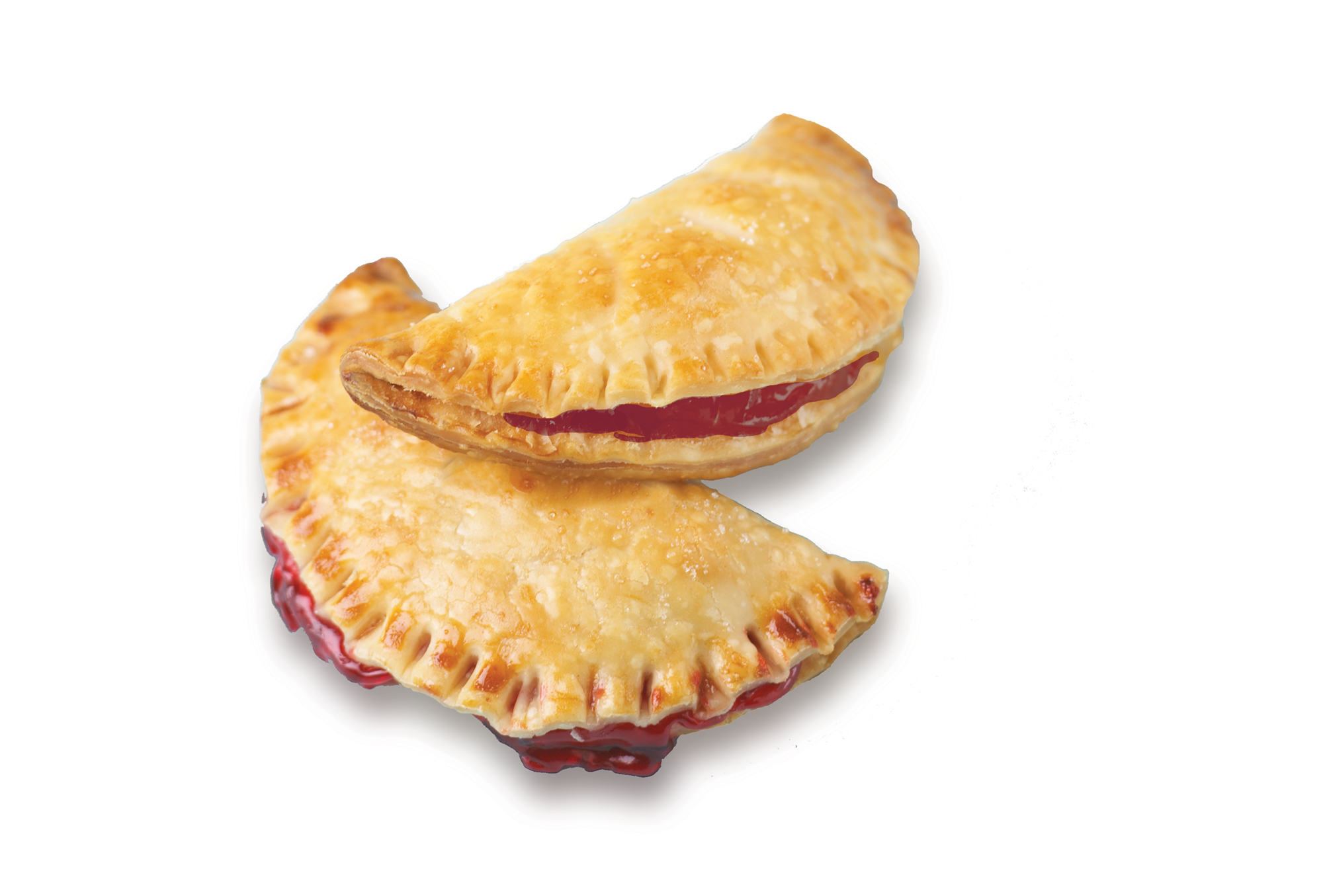 When I was 20 years old, I left college — or, rather, I was asked not to return — and headed west to Seattle, where I spent some time living with my older sister. With two years of college and a GPA lower than my age at the time, about the only thing I was qualified to do was restaurant work. I got a job utilizing a skill I had never in my life even attempted: washing dishes.

The restaurant was called The Deluxe. I worked the 7 to 3 shift, and every morning I bought a Hostess cherry fried pie from the convenience store across the street from my bus stop. I was shocked to find my pies in Seattle. I was under the impression they were regional delicacies. How could I know what was and what was not nationally distributed, given that I had hardly left Sampson County, much less the state?

Every morning around 10, Gary, the head chef, brought me the remnants of some dessert for which he was famous. He let me know about his renown the first week I started. For some reason there was always a little left over and he always brought it to me to polish off. I think he did so because none of the previous dishwashers had lasted more than two weeks, and he figured I would never quit once I tasted his famous dessert.

Every day the same routine: Gary would bring me the leftovers of his dessert, and I would force it down while he stood too close to me, awaiting my reaction. Every day I would say Yum! or Wow! or “What is this called again?”

“Baklava,” he would sigh, and I would refrain from saying that they ought not to give a dessert a name so similar to something some old boy pulled over his head before he robbed a bank.

Nor did I tell Gary that I much preferred a fried pie to his masterpiece. I was hesitant to say the words “fried pie” out loud. The line cooks and waitstaff already mocked my accent when we took our midmorning breaks to smoke outside in the ever-present rain. They had taken to calling me Gomer Pyle to my face. The last words on earth I wanted to utter in their presence besides “oil” or “own” would be “fried pie,” given that the I’s in each word were longer than the bus I rode to work.

I should have gone ahead and told them all that I loved some fried pie, because in the end it was my accent that led me to leave The Deluxe — that and Gary’s inflated pride in his famous pastry.

One morning the phone rang. Everyone but Gary and me was outside smoking. Gary said, “Hey, Gomer, will you grab that? I have my hands full.”

I picked it up and said, “Good morning, Deeeluxe,” which, even though I had never heard it said that way, seemed to me the correct way to say it.

It was the owner calling. Bernie from Brooklyn. Sometimes he came into the restaurant — the original Deluxe was up on Capitol Hill where he had an office — and everyone snapped to at the sight of him, like he was Sergeant Carter come unannounced for inspection.

“Who is this?” he demanded.

“Put Gary on the phone,” said the boss man. Actually he used an adjective before the word “phone,” which I will leave to your imagination.

I was told never to answer the phone again. For any reason. Ever.

Fine by me. I quit the next day. My leaving was not over something so trivial as being stood down for drawing out the E in Deluxe. It was more the quality of the food, frankly. Even at 20, not exactly a success in life, I had standards. Why work in a place whose claim to fame was a bunch of nuts and syrup layered in flaky phyllo dough that — despite all its fanciness — would not last six weeks on the shelf at Boykin’s?