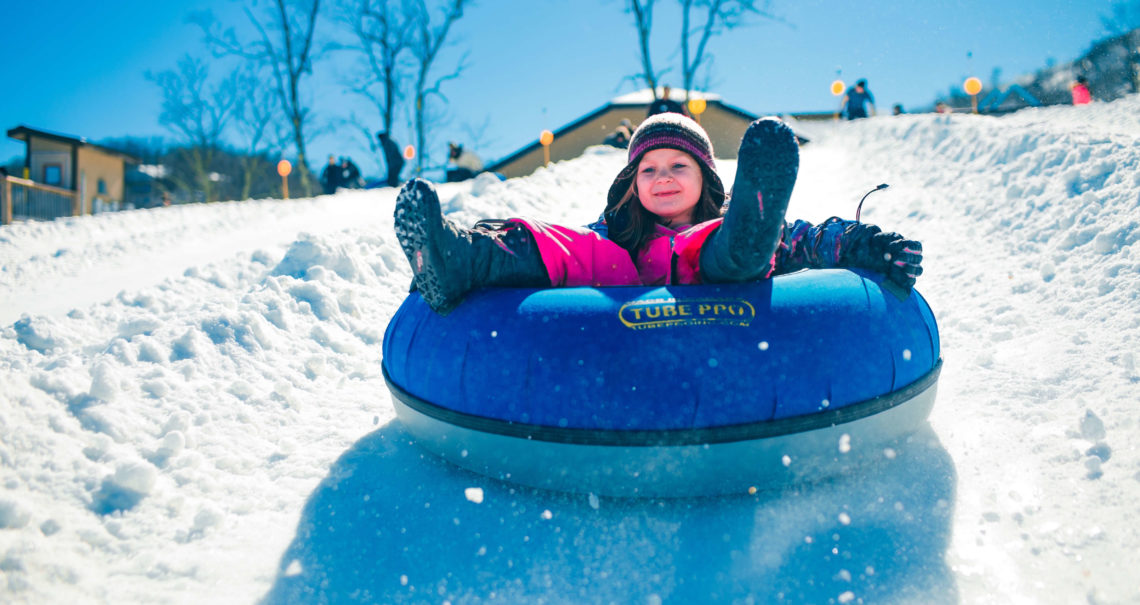 By the time the great blizzards of 1960 rolled in and dumped 83 inches of snow in the area surrounding Boone, there was already a growing appetite for skiing in the South. West Virginia, Virginia, Tennessee, and even Maggie Valley had seen the opening of popular ski areas, so as the powder piled up — almost every other day for six weeks — nearby residents arrived with sleds looking for chilly thrills. Winter sports would have to be part of the region’s offerings, decreed the Boone Chamber of Commerce.

Today, Watauga and Avery counties have answered the call, giving wintertime adventure-seekers plenty of options, from world-class ski schools to laid-back snow tubing. It’s all capped with a regional culinary scene that rewards a hard day on — or even off — the slopes. Read on for our roundup of top destinations in the Ski Capital of the South.

The company still holds Grady Moretz’ influence in the white pine that adorns the main lodge — the wood was logged and cut at his grandfather’s lumberyard off NC Highway 421. But it’s come a long way from those three slopes: Its French Swiss Ski College has reached a milestone of 1 million students, ranging in age from 4 to 94. And while there aren’t as many weekly blizzards to create that ideal skiing terrain, the company is well-equipped with its own powder.

“Our snowmaking capability allows us to convert 6 million gallons of water per day to snow,” says Brad Moretz, Grady’s son and the current president of Appalachian Ski Mtn. “Just one night of snowmaking allows us to create fresh powder over the entire mountain.”

Over the years, as one of the premier ski attractions in the High Country, Appalachian Ski Mtn. has taught a variety of local and national celebrities how to balance, descend, and turn: former North Carolina governors Jim Hunt and Terry Sanford; UNC-Chapel Hill football coach Mack Brown; and even Beach Boy Brian Wilson. 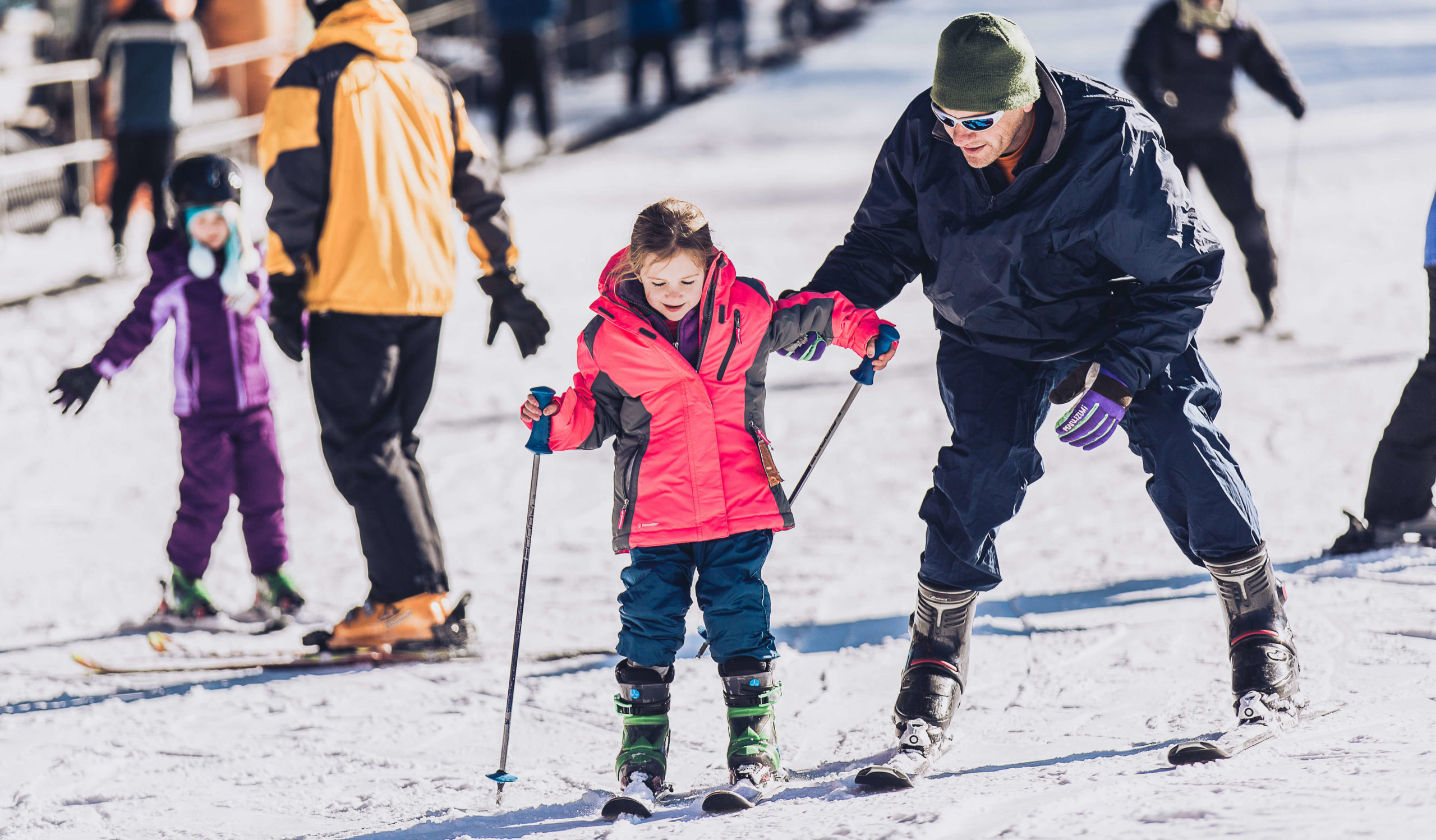 Just 20 miles away in Banner Elk, Sugar Mountain Ski resort’s 125 acres of trails provide visitors with breathtaking views and a smattering of different activities: tubing, snowshoeing, and even ice skating for those who don’t want to strap on the skis. Sugar recently celebrated its 50th year in business, and that half-century has been filled with consistent upgrades. Last year, a new chairlift system was installed that increased the resort’s uphill capacity to 11,270 passengers an hour.

“The trail system and the terrain are diverse, which means every ability level — from beginner to expert — will find their experience to be exhilarating and rewarding,” says Kimberley Jochl, the company’s vice president. “Mixing and matching different trail combinations from the summit keeps me wanting to make run after run.”

Sugar Mountain offers skiing and snowboarding lessons for all levels, and as one of the first resorts in the industry to install live-streaming web cams, it gives potential visitors a glimpse at a number of its storied runs.

Opened in 1967, Beech Mountain Resort has 95 acres of skiing spread across its 17 trails, the longest of which tops out at a mile. Earlier this year, the resort upgraded its snow system, allowing it to capitalize on short windows of cold weather and ensure ample snow coverage on the slopes. But it’s also a year-round destination, with a disc golf course, mountain biking trails, and its own brewery in the ski village — where live music and yoga classes are also offered.

“The atmosphere here is like no other, and we really pride ourselves on that,” says Talia Freeman, Beech Mountain’s marketing director. “We are a family owned resort, and our customers feel like they’re a part of something.”

Freeman’s favorite trail at Beech Mountain is White Lightning, a steep, black-diamond run from the top. “It’s technical at the beginning and always challenges me; once you get to Lower White Lightning, the grade mellows out a bit and you can really pick up speed,” Freeman says. “The view is gorgeous and it drops right into the lift line of one of our newly installed quad chairlifts.” 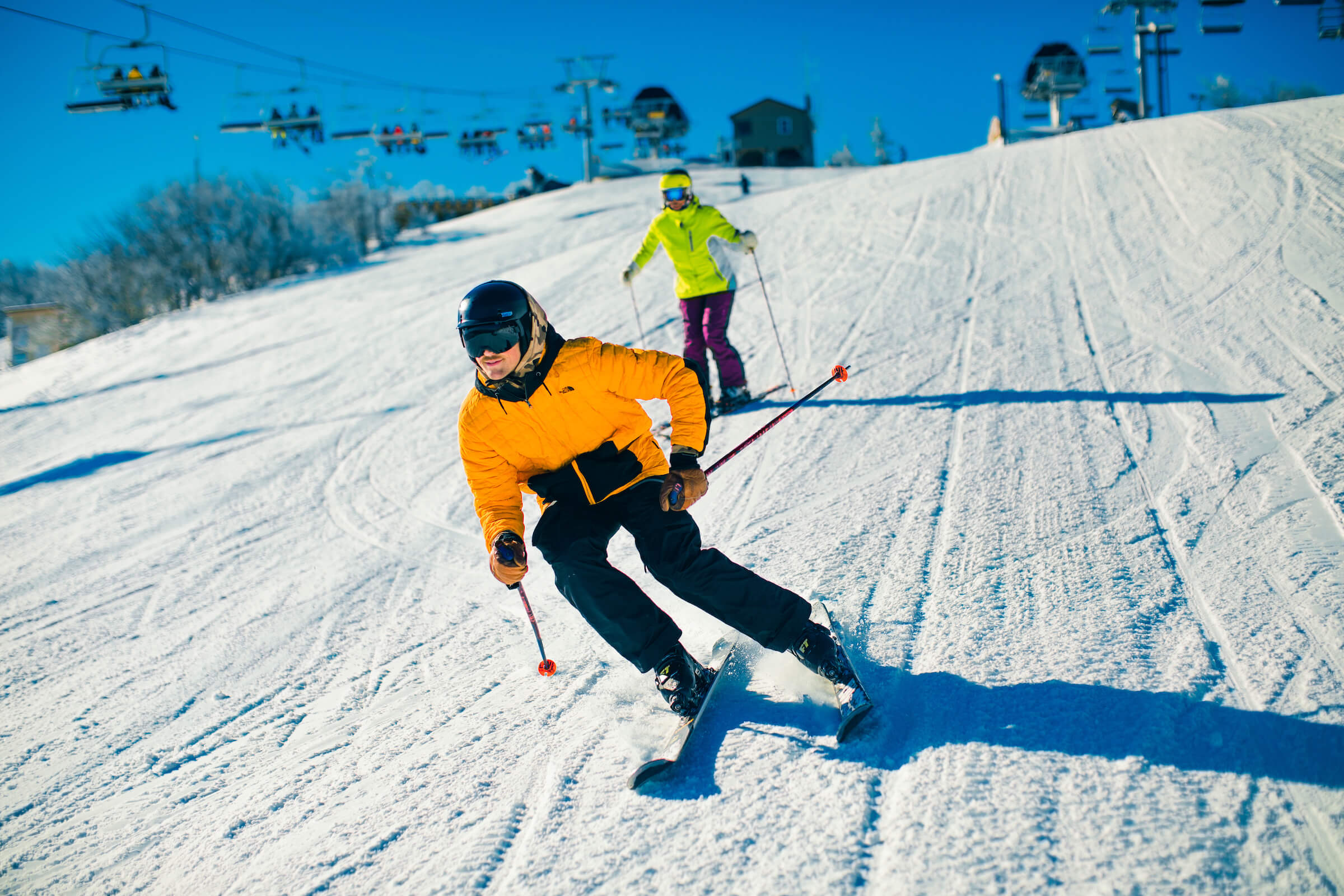 If you’re looking for a wintry retreat without the time commitment of lessons — or ensuing muscle soreness — Hawknest Snow Tubing in Seven Devils outside of Boone might be the place for you. As the largest snowtubing park on the East Coast, Hawksnest offers 30 different lanes, the longest of which is 1,000 feet.

There are also two zipline tours, where visitors can fly 200 feet above the ground at nearly 50 miles per hour — for three miles. The ziplines have also helped prepare Hawksnest for the Covid-19 protocols that all winter resorts are implementing this year.

“We have been operating our zipline all summer,” says Lenny Cottom, whose father, Leonard, bought the property in 1992. “So we have some experience on how to keep things clean and requiring masks for participants.” 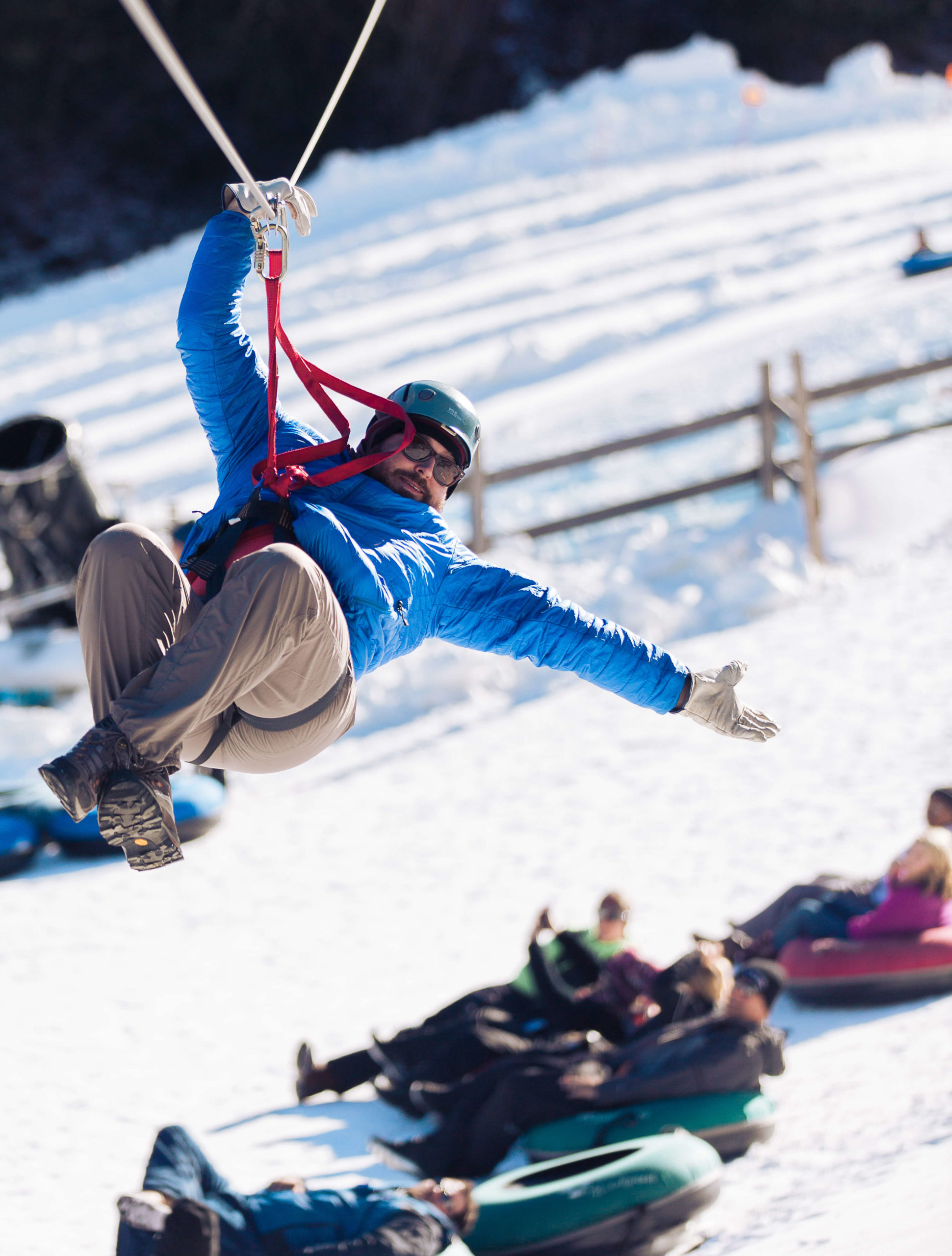 Ziplining at Hawksnest photograph by Sam Dean for Explore Boone

With a long day on the slopes comes an appetite. Luckily, Boone’s growing culinary culture is nearby. The region is already chock full of breweries and taprooms, but some standout dining destinations have become a must on vacationers’ itineraries.

The Gamekeeper, a rustic lodge tucked into the mountain hills near the Blue Ridge Parkway, offers a menu rich with elk, emu, duck, bison, and venison for meat lovers. Try the duck breast: grilled Peking duck with a fig compote, served with honey-mashed sweet potatoes.

Closer to Appalachian State University’s campus is The Cardinal, which hosts live music on weekends and serves high-grade pub fare as a companion to its extensive local draft list.

And if you’re after a more communal meal, the pizzas at Lost Province put ingredients from local and regional farms in a tried-and-true recipe: the house pie features country ham, apples, and goat cheese. Lost Province is also right in the center of Boone’s downtown, where you’ll find local boutiques, Mast General Store, antiques stores, and cafés.