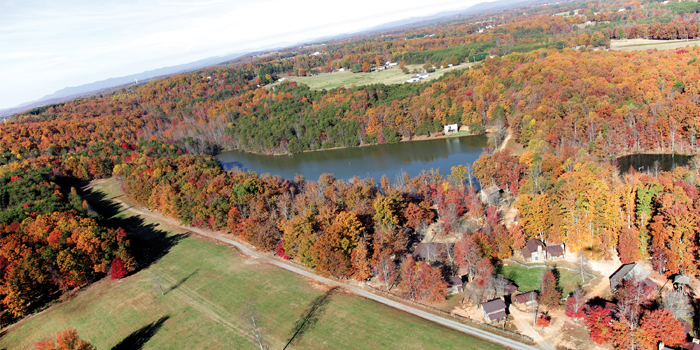 Click here to enter to win a copy of the book.

See additional photos of Hart Square, a small preserved village that sits on 200 acres of land in Hickory. These photos were taken from the book Hart Square: One Man’s Passionate Preservation of North Carolina’s Pioneer Heritage. Read about Bob Hart, the man behind this fascinating collection of cabins, in the October 2012 issue. 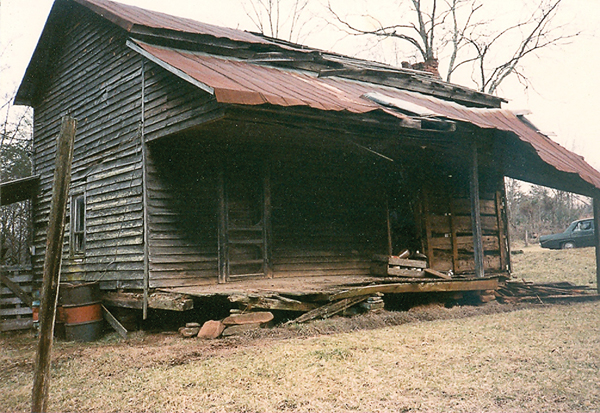 The Whitener House at its original location. Hutch removes boards from the porch floor. 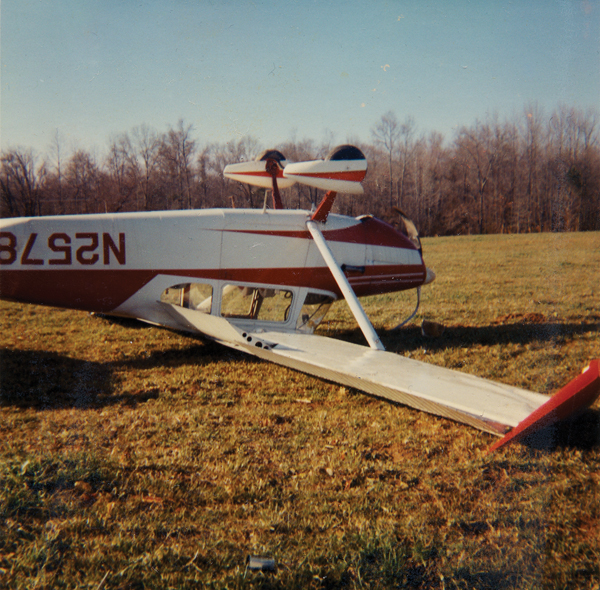 Bob Hart’s Cessna 170 as it came to rest after an engine failure over Sumter National Forest. Bob, Becky, and the boys landed hard in a small field. The plane flipped when Bob slammed on the brakes to avoid a wall of trees. Bob cites the adage, “Any landing you walk away from is a good one.” 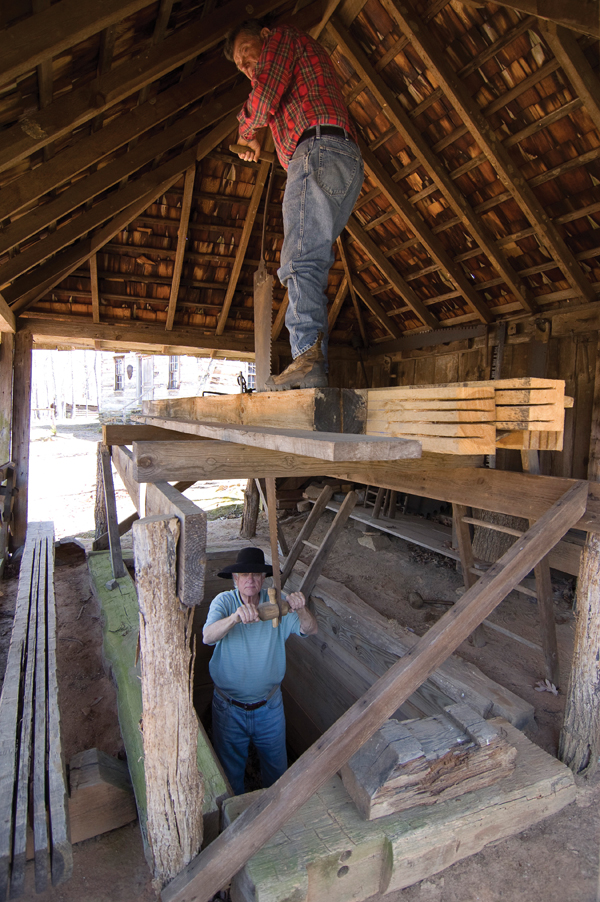 Brad Dozier “in the pits,” the saying’s exact origin. Bob steers the tiller, while Brad pulls down on the box. Wedges are placed in the kerf to keep the saw from binding. A preferable pit saw is tapered on the backside to further reduce binding. The boards are separated once all the cuts have been made; otherwise, the sawyer would have a decreasing place to stand. 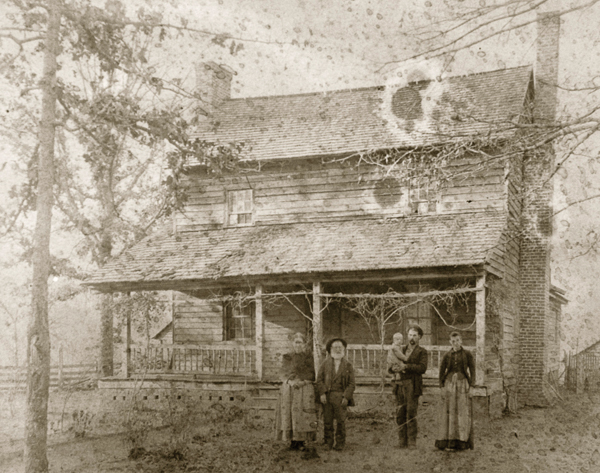 The house at its original location in the late 1800s with Kahill family members: Grandma Kahill, Dan Kahill (who came to the United States at age fifteen from Ireland), Ramond Kahill holding son Serley, and Maretta Hilton Kahill. A wisteria vine winds across the porch. 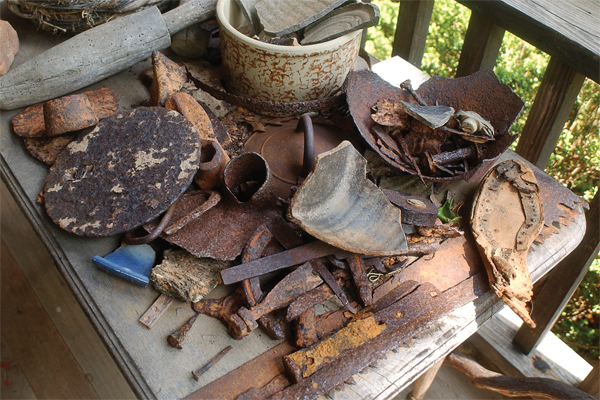 Objects found at Hart Square on the new site, suggesting an early homeplace. Bob found handmade brick, latches, hinges, shards, and tools, among numerous other items, some of which are on display in the Hart Square museum. 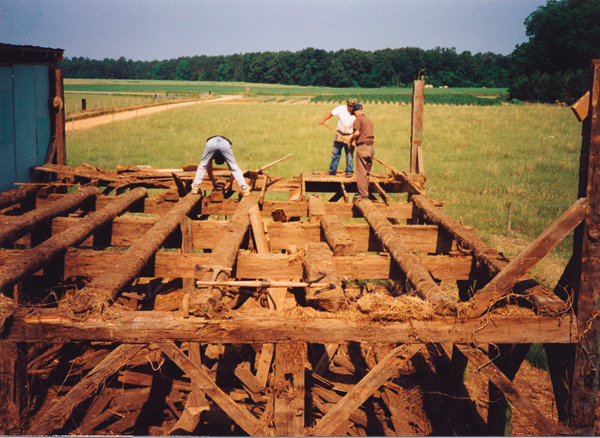 Dismantling the mortised and pegged timbers of the cotton house on the Holstein family farm outside Ridge Spring, South Carolina. 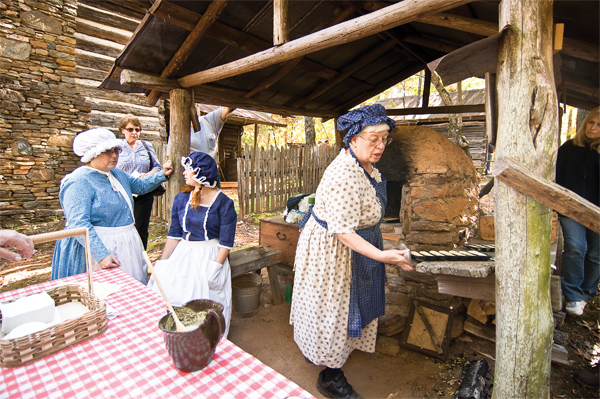 Lynne Baker and her daughter stand by to assist Janet Radford, who pulls corn sticks from the beehive oven. 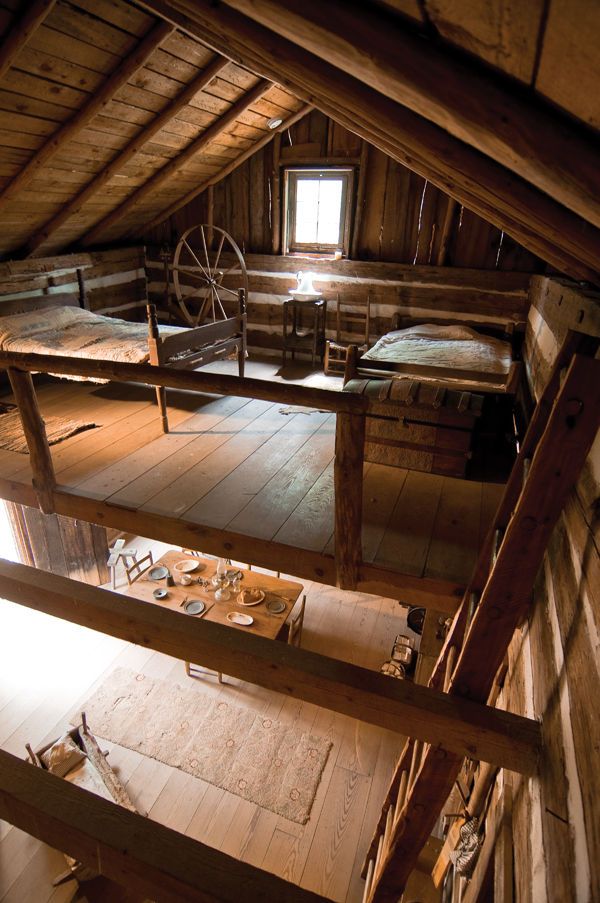 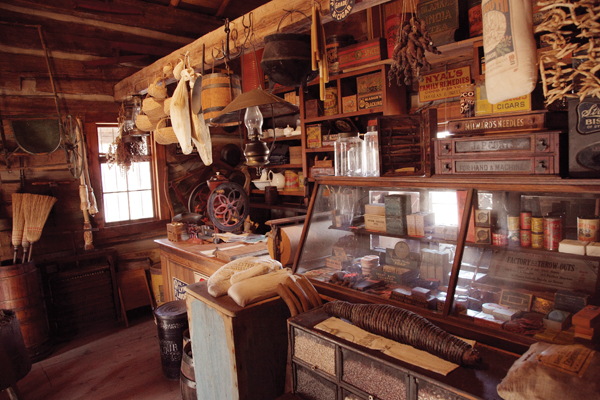 In 1790, Joshua B. Little and his wife, Susan, built what would become the Hart Square Country Store. 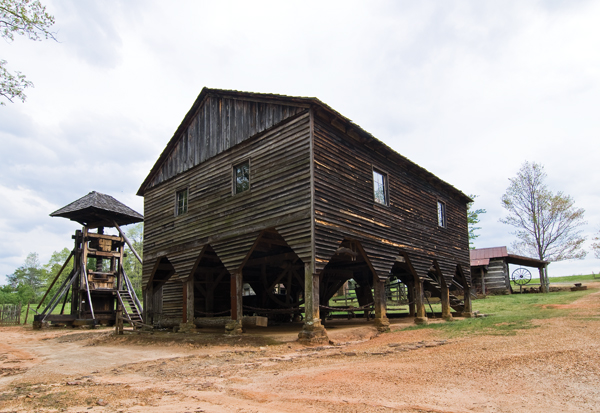 The Holstein Cotton Gin House with the cotton press and wheelwright shop in the background.