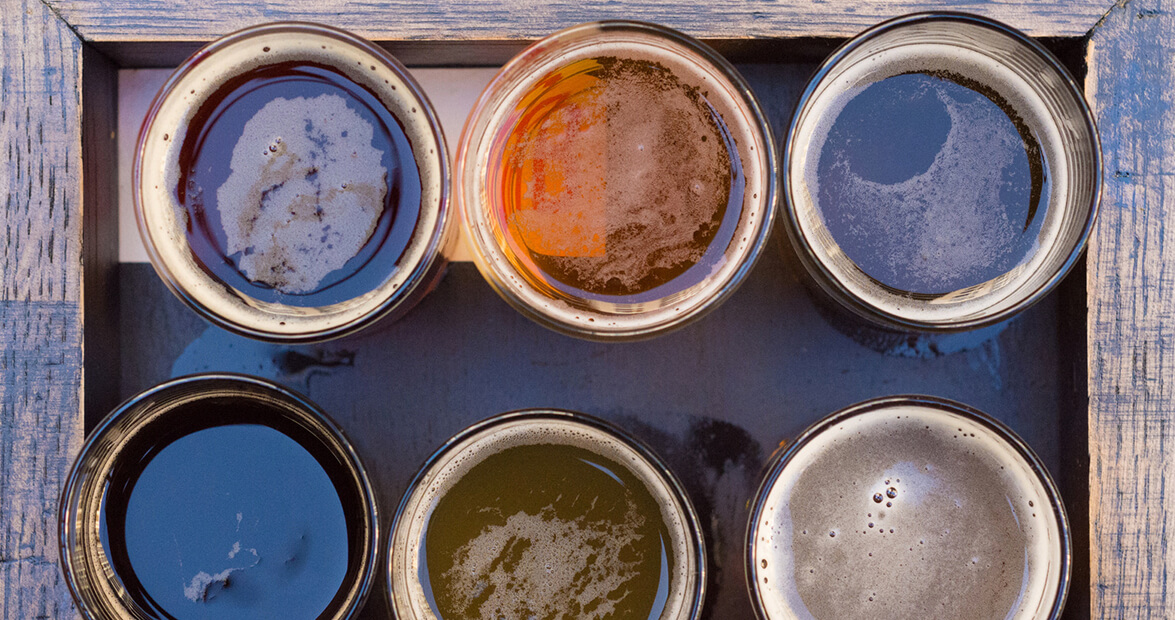 In North Carolina, the relationship between people and food is significant — and it begins with the support of local agriculture. From family-run sweet potato farms to the squash at your local farmers market, North Carolina has it all.

Many of the state’s breweries are inspired by North Carolina agriculture, especially at this time of year. It’s easy to associate autumn with pumpkin beer, but our state’s love of local produce runs deeper than that. To celebrate harvest season, here are seven beers brewed with seasonal fruits and vegetables.

Dromgoole • Mystery Brewing Company
There’s pumpkin beer, and then there’s Dromgoole. While other breweries may use pumpkin pie spices in their pumpkin brews, Mystery takes it a giant step further: Whole pumpkin pies are added three times during the brewing process.

St. Tuber • Birdsong Brewing Company
Keep an eye out for Birdsong’s St. Tuber, which became available in mid-October. This abbey ale is brewed with more than 300 pounds of North Carolina’s state vegetable: the sweet potato. The rich, full-bodied, Belgian-style beer is finished with fresh cloves.

Fearrington Fall • Fullsteam Brewery
Fullsteam’s seasonal fall offering is a rye IPA brewed with apple pomace, the solid pulp that remains after the fruit has been pressed for juice. The result is a well-balanced, medium-bodied beer with a zesty rye nose and a sweet finish.

Apple Harvest Ale • Oak & Dagger Public House
Oak & Dagger’s Apple Harvest Ale is a crisp, light, and refreshing beer brewed with apples and warm spices, such as nutmeg and cloves. The beer pours a hazy gold, and the spicy notes give way to a piecrust finish.