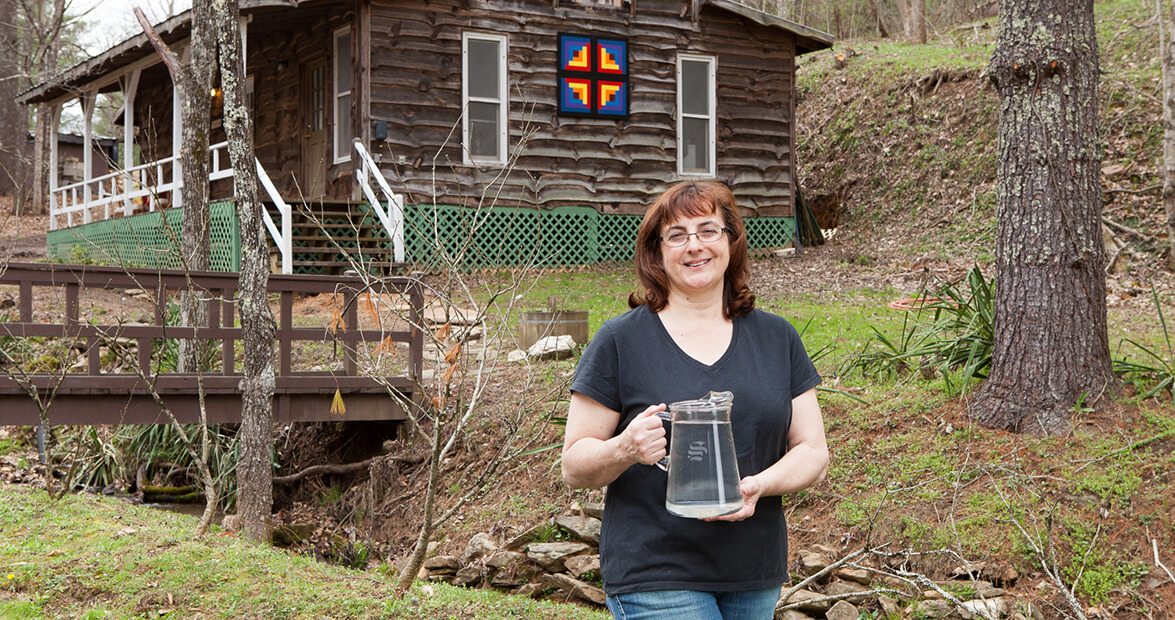 Among the wooded hills of Crumpler, a small community on the banks of the North Fork of the New River in Ashe County, bubbles a spring discovered in 1884. According to local lore, the water is one of the best tonics known.

“I put pitchers in every room and tell guests that they can fill them at the spring,” says Anne Pression, the owner of The Cabins at Healing Springs. The cabins are a restoration project that Pression began last year, preserving the original 12 overflow cabins of the Healing Springs Hotel, as well as the spring itself, for today’s vacationers. The hotel, built in the 1880s, burned in 1962.

Healing Springs was found by Willie Barker and his father, Eli, during the summer of 1884. “Thinking there was much good in the water,” the elder Barker later wrote, “I commenced drinking it freely. I was in bad health … In one month I was well, hearty and strong.” V. Thompson of Saltville, Virginia, purchased the spring and its land soon after and opened a resort-style hotel and cabins to help advertise the water’s healing properties. The pure water that flowed from the bedrock seemed to be “a second Pool of Siloam.”

Marie Cox, 81, a Crumpler native, worked at the hotel in the 1950s. “We’d go over to the spring and dip out water into pitchers to serve,” she says.

Lee Eller, 90, also a native of the area and a co-owner of the nearby Riverside Store, claims that mountain water is the best water. In 1944, Eller was in Georgia for Army training, and finding their water subpar, recalls, “I used to tell them, ‘Go to the mountains and get some of that good water. Drink yourself to death!’” He adds, “I always said it was the amount of water you drank; that’s why it’s so good for you.”

Producing five gallons of water a minute, the spring is ready to fill hands, a cup, or the pitcher in your cabin. Healing Springs was a place people flocked to, and still do, to get a little taste of something good.