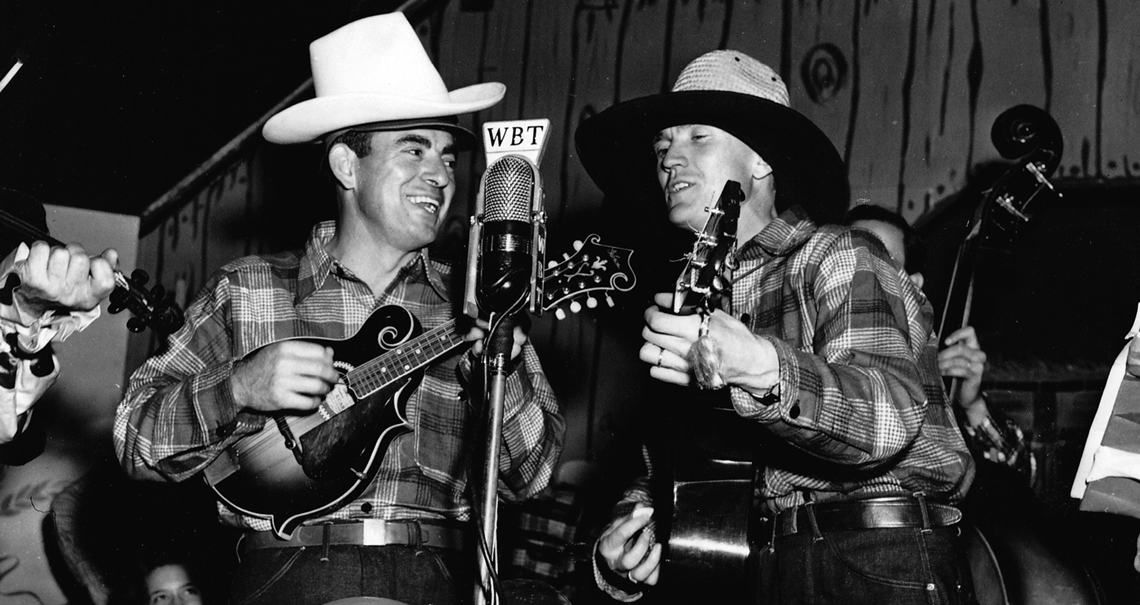 Whenever I drive through Charlotte, especially on a weekday, I reflexively hit the AM button on the radio. As a talk-radio junkie, WBT-AM (1110) has long been my go-to station in the area. Those three letters — WBT — are as synonymous with Charlotte as Belk, banks, and Bojangles’.

At the moment, I’m trapped in standstill traffic on Independence Boulevard, the skyline of our state’s Big City looming ahead. WBT is on the radio, of course, with a traffic alert that helpfully explains the stack-up I’m stuck in.

Now up to speed on my current slowdown, I settle in for more of The Keith Larson Show. With Larson’s voice to keep me company, the traffic doesn’t seem so bad. And I’m reminded once again: Radio has an intimacy that TV has never quite matched.

WBT is a 50,000-watt “blowtorch,” as they say in broadcasting. At night, thanks to a phenomenon in which AM waves bounce off the ionosphere, way up in the sky, you can hear the station — often clear as day — in most of the eastern United States, and even in Canada. WBT long boasted that it could be heard from “Maine to Miami” after sundown.

“The station just has a huge history on the Eastern Seaboard,” says Jerry Dowd, WBT’s director of engineering, who used to listen to Larry King overnight on WBT while working in Virginia’s Shenandoah Valley. “And then in the daytime, when it was the only thing in town, it covered half the states of North Carolina and South Carolina.”

The roots of this venerable station go back, in part, to a backyard chicken coop. In December 1920, three investors — Fred Laxton, Earle Gluck, and Frank Bunker — set up an amateur station in Laxton’s house and, yes, his chicken coop, where they kept the receiver. In those days, radio was still a budding and marvelous technology: That voices and music could travel through the air, over miles and miles, seemed miraculous. 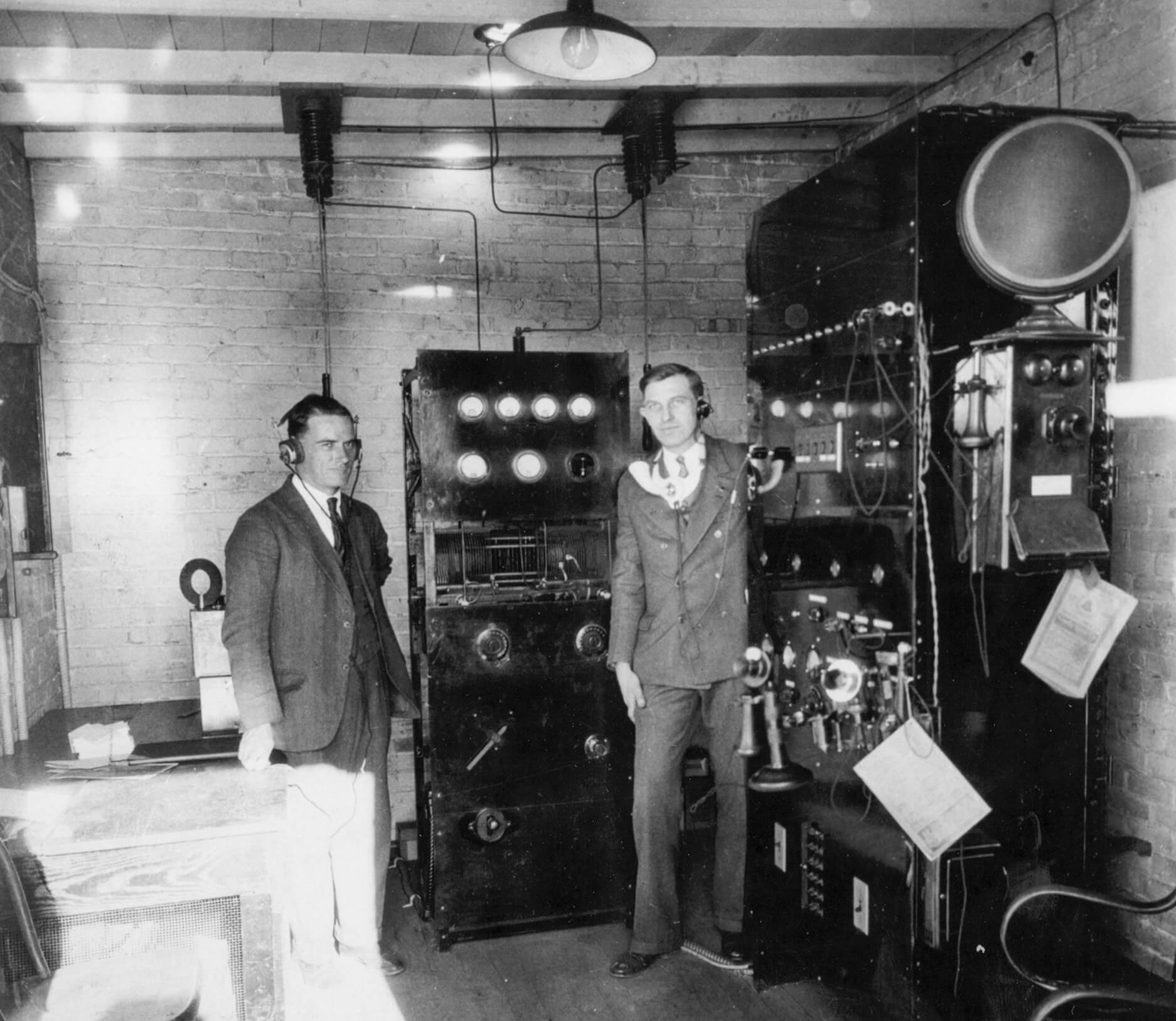 Several months after rigging up their contraption, the men received an experimental license from the federal government and were identified as “4XD.” By 1922, they decided to go commercial, organizing as the Southern Radio Corporation. On April 10, they signed on as the first fully licensed radio station south of Washington, D.C., and were assigned the call letters “WBT.” Broadcasting with just 100 watts, WBT was but a blip compared to the powerhouse it would become. Programming consisted of two hours each in the morning and evening.

In 1925, Laxton, Gluck, and Bunker sold WBT to C.C. Coddington, the wealthy owner of a Buick dealership. He promoted both the radio station and his dealership with the slogan “Watch Buicks Travel.”

“Mr. Coddington saw the value of mass communicating and invited the boys to put the station on top of the chamber building,” Dowd says. In 1929, Coddington sold the station to CBS, raising WBT’s profile as one of the preeminent stations in the South.

Compared with the modern news-talk format, radio programs of the ’20s and ’30s were homespun and folksy. In 1928, WBT’s staff included a woman named Aunt Sally, who read stories for children on the air. Music groups performed live, including the station’s own six-piece orchestra. Commercials were read live, too. WBT aired The Lone Ranger and Amos ’n’ Andy. It aired poetry readings and church services. It aired soap operas and barn dances.

WBT long boasted that it could be heard from “Maine to Miami” after sundown.

Let’s pause now for a message about those barn dances. “Hillbilly music,” as country music was known then, had radio listeners kicking up their heels. WBT hosted a barn dance show called the “Crazy Water Crystals Saturday Night Jamboree.” But the station didn’t have its own hillbilly band — until the Briarhoppers leaped onto the scene.

In 1933, the station hired Charles Crutchfield as an announcer. Crutchfield, who’d go on to become program director, hadn’t been on the job long when he received a call from the Royal Consolidated Drug Trade Products Company in Chicago. The company wanted to advertise on WBT, but first inquired as to whether the station had a hillbilly band. Crutchfield lied and said yes. “And the next thing you know, they have a contract,” says Tom Warlick, a current member of the Briarhoppers. Crutchfield hollered across the building, asking for volunteers. “About five or six people come up, and that was gonna be the Briarhoppers,” Warlick says.

By 1942, the Briarhoppers were led by a duo known as Whitey and Hogan, fellows who ditched their textile mill jobs in Gastonia to work at WBT. They had a 30-minute weekday show called Briarhopper Time. 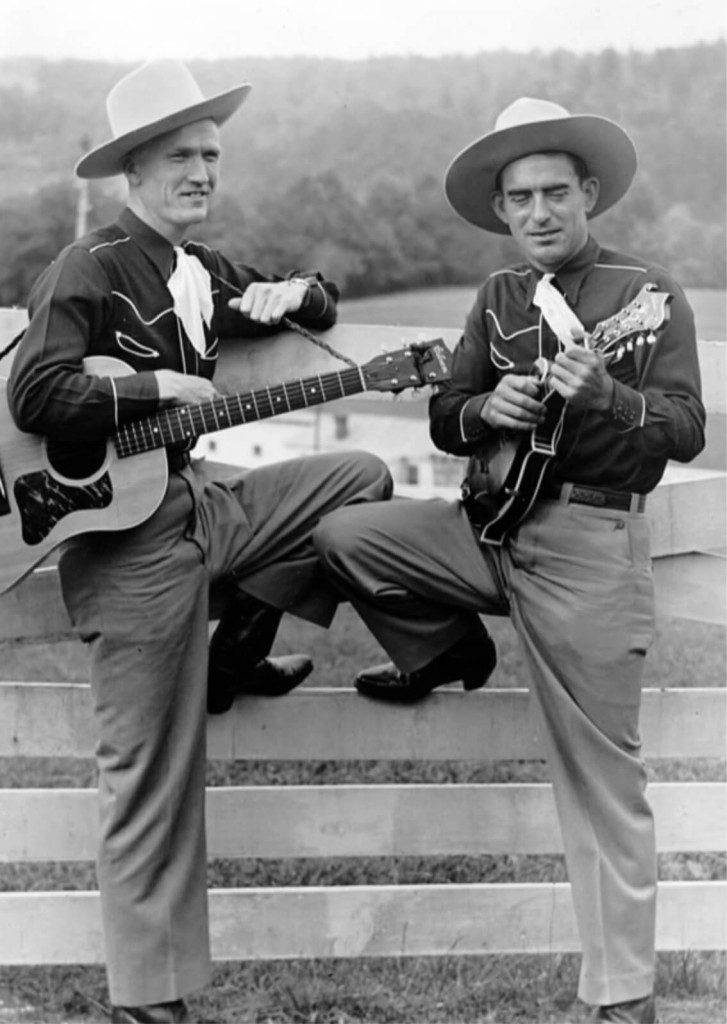 “My grandfather and great-grandfather listened to it,” says Warlick, who grew up in Lincolnton. “My dad would get off the school bus, get all his chores done, and run into the house, and they were warming up the Delco radio.”

Another well-loved country music group to play on WBT was the Carter Family, who joined the station in 1941 for a one-year stint. The family had a far-reaching influence on bluegrass, country, and even rock ’n’ roll. Their show aired weekdays from 5:15 to 6:15 a.m., featuring commercials for Peruna Tonic and Kolorbak hair dye. Other WBT performers included Arthur “Guitar Boogie” Smith, who went on to write “Dueling Banjos” — immortalized in the movie Deliverance — and bluegrass titan Earl Scruggs.

In 1985, Crutchfield told The Tuscaloosa News: “Charlotte could well have become the Nashville, the center of western and country music, if I just had the foresight to see its potential.” Instead, he thought, “hillbilly music” was just a fad for homesick millworkers.

During the golden age of radio, from the 1920s to the 1950s, WBT shone bright in the Carolinas. But then along came this dazzling new technology that could send voices and music and pictures through the air. In 1949, the owner of WBT, the Jefferson Standard Life Insurance Company, started a television station: WBTV. The heyday of WBT’s country music had faded; by the end of the 1980s, it was entirely a news-talk station, and remains so today.

Charlotte has changed dramatically since the days when the Briarhoppers’ banjos beamed into Delco radios. But after nearly a century, thousands of people tune in as if by reflex. Because this is Charlotte, and WBT is on the air.