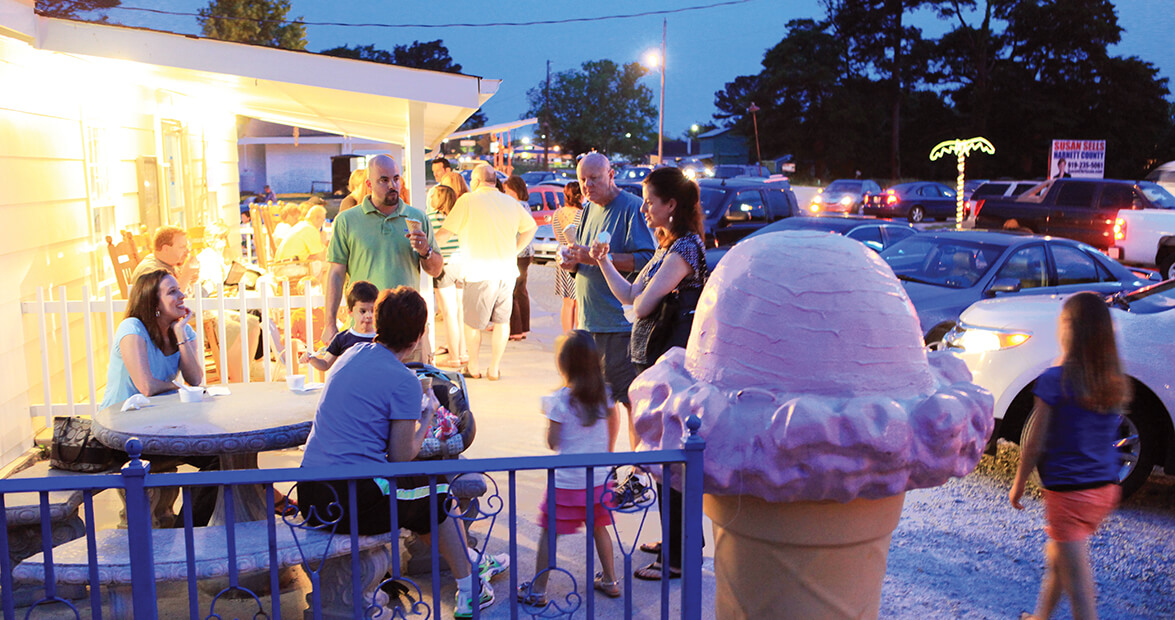 The screen door to Sunni Sky’s Homemade Ice Cream in Angier rarely closes. A mix of parents and children file in and out of the door on a Friday afternoon, the temperature nearly 80 degrees.

Some of them come in to get ice cream. Others exit out to the front porch to claim a rocking chair.

“It’s a good day for ice cream,” one man says. The line of rockers nods in agreement.

Owner Scott Wilson wants to make every day a good day for ice cream, so he offers more than 100 homemade flavors, from blueberry cheesecake to Cold Sweat, which is made with habanero peppers and hot sauce.

If you want to try all 100 flavors, you can. Wilson won’t stop you. He encourages sampling while he moves behind the counter, talking with customers and dipping tiny spoons into enormous tubs of ice cream.

“Are you a whiskey guy?” he asks. If you say yes, he hands you a spoon with a generous amount of ice cream on it. It’s rich and creamy, with a smoky hint of whiskey. More questions, and in the span of a minute, he’s handed out nearly 15 samples: popcorn, oatmeal cookie, and pumpkin pie, to name a few.

Wilson started Sunni Sky’s nearly 11 years ago. The shop is named after his son, Skylar, and his daughter, Sunni.

He originally planned to open Sunni Sky’s in Durham, about 45 minutes from its present location in Angier.

Without the bigger city, Sunni Sky’s is a comfortable, hometown place. And the variety of ice cream flavors draws the city folks. They come to sit, rock, and lick.