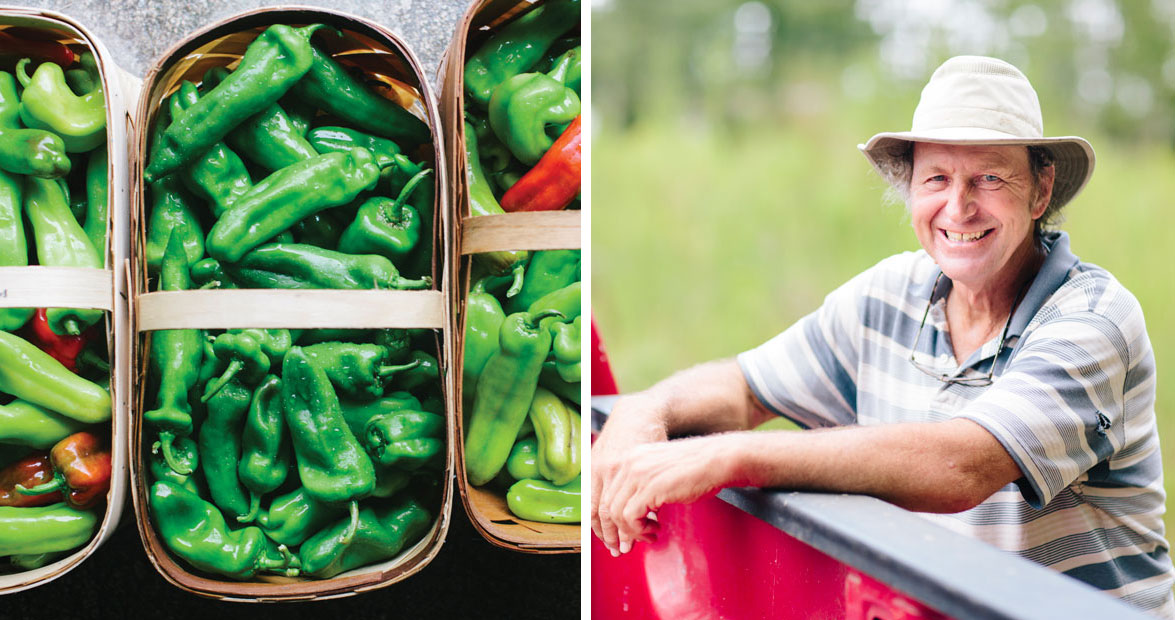 At daybreak, farmer Sam Bellamy crouches among his rows of peppers, morning dew collecting on his worn boots. To Bellamy, these sweet Cubanelles and spicy habaneros deserve all the nurturing you’d give a child.But he didn’t always feel that way about things that grow from the earth. In his youth, he was more preoccupied with the animals that grazed upon it.

Every day of his life, as far as Bellamy can remember, at least, he’s gotten out of bed and fed an animal. Bellamy grew up on his family’s farm in Calabash, land that has deep roots and a history as colorful as the peppers out in the field: His mom was born in a cabin right where the farm market stands today, built as a hunting lodge by Native Americans. “It’s a unique place,” Bellamy says of Indigo Farms, “and I don’t say that boastfully.”

Bellamy could be forgiven for boasting. He’s worked with livestock, fruits, vegetables, and organic crops. He’s seen and adapted to a generation’s worth of changes in agriculture. And, along with his family, he’s built Indigo Farms into a diverse operation that both forges ahead with new crops and activities and preserves a way of life that most North Carolinians have forgotten.

Growing up on a farm challenged Bellamy. As a kid, lessons about responsibility, consequences, and nurturing came early as he awoke in the dark to tend to his family’s horses. Still, his hard work wasn’t all sacrifice. He loved tending to the animals, which — unlike people — were straight dealers. “I actually really liked that, and respected the bull and the boar,” he remembers. But while Bellamy grew up caring for animals, caring for crops didn’t come as naturally.

“It wasn’t until I stopped and looked at a plant that I really began to realize, You’re alive, and you have needs just like all the animals. When I began to look at a plant and think like that, I began to understand more of what that plant needed. It was like a little bit of communication,” Bellamy says. 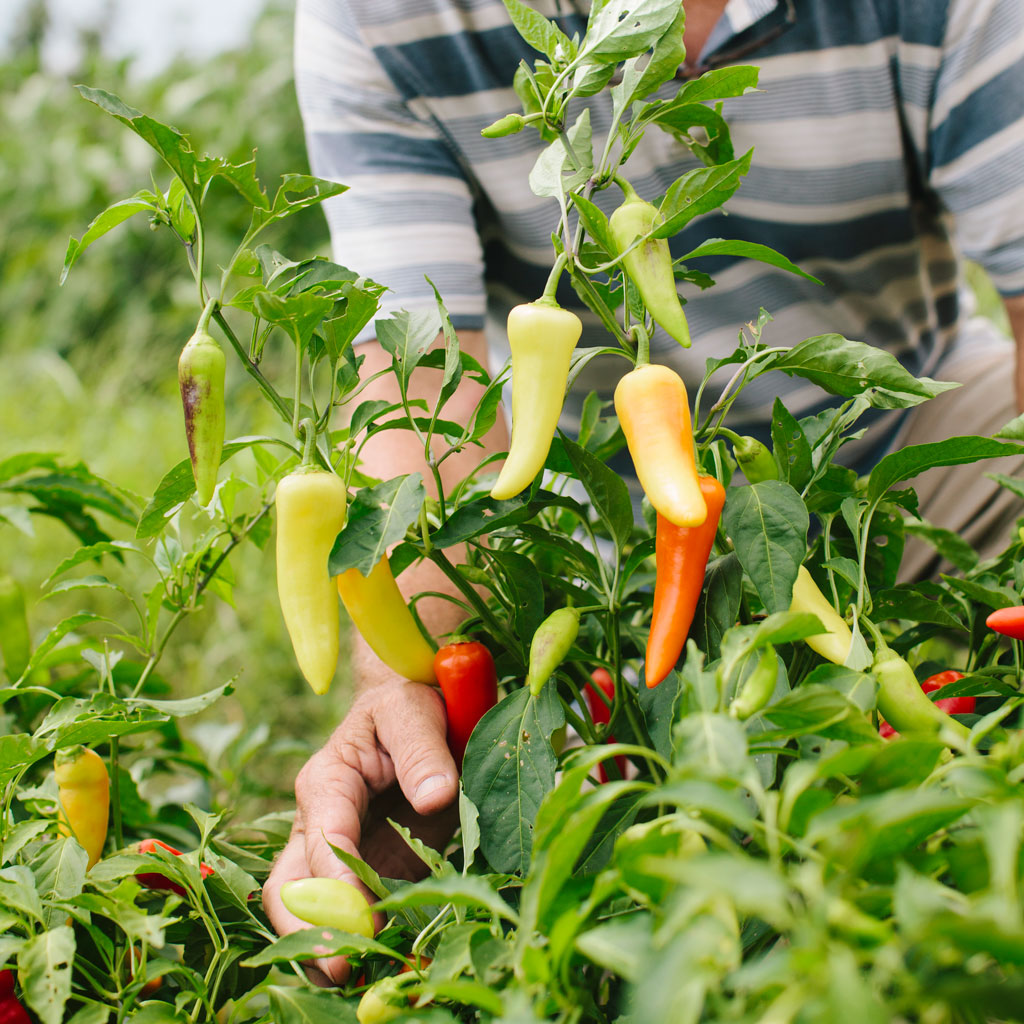 These days at Indigo Farms, Bellamy and his family grow an array of fruits and veggies, including up to 20 varieties of peppers, from banana to cowhorn, sweet to hot, elongated to squat — which grow especially well in the summer heat and humidity of southeastern North Carolina. And Bellamy feels the same sense of appreciation for his fruits and vegetables that he used to experience when grooming the horses and feeding the hogs.

Bellamy may have been drawn to animals first, but now, he sees the beauty and complexity in everything that grows — from peppers to pigs to people — and he’s inspired to share that beauty with others. So he opens up Indigo Farms to the community. Locals follow his seasonal pig races and track the swine’s wins and losses as closely as some follow the stock market. School children visit the barnyard to pet the hinny, the wild boar, four sows, guinea fowl, geese, chickens, goats, and one Gulf Coast sheep, a now-rare breed uniquely adapted to life in the South and on the coast. Families come to pick their own strawberries in the spring, blueberries in the summer, and pumpkins in the fall, and to shop at the market store, where Indigo Farms’ homemade grape juice and plenty of produce is displayed.

And for the past 25 years or so, when manpower allows, Bellamy organizes Farm Heritage Day, a chance for people to learn about the area’s agrarian history.

“I have a strong conviction that agriculture is not just about food and fiber,” Bellamy says. “That the best of agriculture is really about nurturing the next generation.”