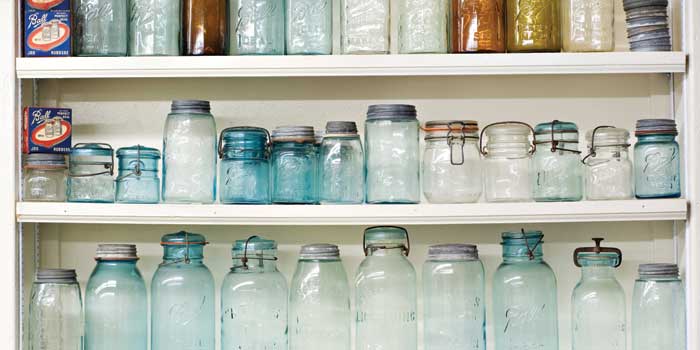 Cuing up a paper roll of music in an aeolian player organ, Colon Ballance insists a visitor give it a try. At least a century old, the instrument is a device that makes carnival-type music with foot pedals. Playing it feels like driving a merry-go-round.

“All these record players work, too,” Ballance says, gesturing toward the 264 vintage phonographs on display at the Brady C. Jefcoat Museum of Americana. “If they didn’t work when Mr. Jefcoat got them, they did when he was done with them.”

Ballance is the director of the Jefcoat Museum, which stands as a testament to its namesake’s spacious passion for restorative collecting of all kinds. The museum occupies a former school building in Murfreesboro, with more than 13,000 artifacts on display throughout its three stories. Jefcoat, 96, pieced together his collection by hunting through flea markets, antiques shops, estate sales, and junkyards. He was in search of stuff, one might say, the kind of stuff few wanted. Then he fixed that stuff, most of it broken-down castoffs, turning it into national treasures.

The Smithsonian Institution made overtures when Jefcoat sought a repository for his personal collection in the early 1990s. But he selected Murfreesboro because the town’s historical association agreed to display all of it, although ultimately some choices had to be made because the collection was too big, even for a building with floor space equal to three and a half college basketball courts.

The Jefcoat Museum opened in 1997 and now represents about half of the man’s collection. The other half was auctioned off last year, raising nearly $500,000. The haul was especially notable for its array of vintage record players.

“He had a lot of machines that you’re not likely to see anywhere else ever again,” says collector Kinney Rorrer, who bought several record players.

The Jefcoat Museum’s archive is still impressive and eclectic. There’s a courtship couch from the set of Gone With the Wind, a wooden washing machine that was powered by a dog on a treadmill, and rooms brimming with farm and handyman tools of years gone by.

Think of any household item — scales, door knockers, pencil sharpeners, mousetraps, bedpans, clocks, BB guns, collector plates — and you’ll find a cache of it here in every conceivable style and vintage. Among other distinctions, the museum claims to have the country’s largest collections of butter churns, irons, and washing-machine equipment. And unlike at most museums, visitors can touch nearly all of the exhibits.

Transporting and organizing Jefcoat’s lifetime of bounties from his home took years. Brinson Paul, the museum’s original director, recalls what the head of the North Carolina Office of Archives and History had to say after a visit: “You’ve defied every rule that was ever written about displays in a museum, and I wouldn’t change a thing.”

Although Jefcoat’s collecting days are over, even repeat visitors never know what they’ll find at the museum, just the way Jefcoat must have felt whenever he cruised a yard sale.

“Some people have been through seven or eight times, and they remark that they always see something they hadn’t before,” Paul says. “Then they ask when that particular item was added, and it turns out it’s been there the whole time.”

David Menconi is the music critic for The News & Observer in Raleigh. David’s most recent story for Our State was “Searching for the Blues” (June 2012).