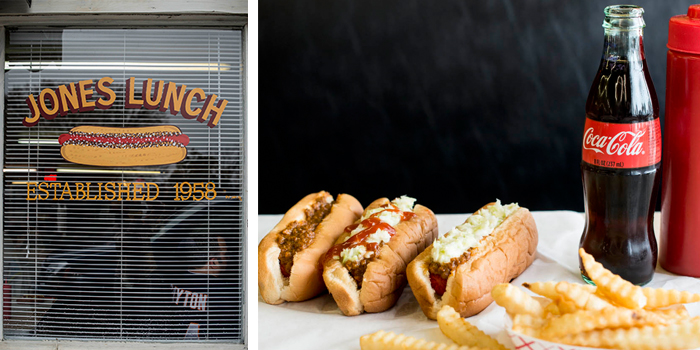 Every morning, before the lunch rush at Jones Cafe, Burr Jones samples one of the hot dogs that his family has been serving for three generations. He tries the chili that will go on top, too. “Every day,” Burr says, “just to make sure that everything still tastes like it’s supposed to.”

A Jones Cafe hot dog is equal parts mystery and method. The method has barely changed since 1958: Take Carolina Packers red hot dogs, from nearby Smithfield, and boil them in a secret blend of cooking oils. Use a good bun — not a flimsy, tasteless roll, but a fresh, bready cradle for the meat. Top it with a stripe of Stevens Chili, also from Smithfield.

That’s the method. “Often imitated, never duplicated,” Burr says, because — here’s the mystery — outside of the Jones Cafe kitchen, it never quite works. “I can’t even do it at home,” Burr admits.

Inside the walls of the Jones family’s restaurant on Main Street in Clayton, southeast of Raleigh, the magic and the method come together. People drive from as far away as South Carolina to eat a Jones hot dog. Take a bite and you’ll understand. Somewhere in between the spicy meatiness of the chili and the comforting, bready aftertaste of the bun, you arrive at the hot dog’s golden mean.

Even though Clayton has changed, those hot dogs have kept Jones Cafe going — through three generations of owners, the shutting down of Clayton’s textile mills, and the sprawl of Raleigh’s suburbs. 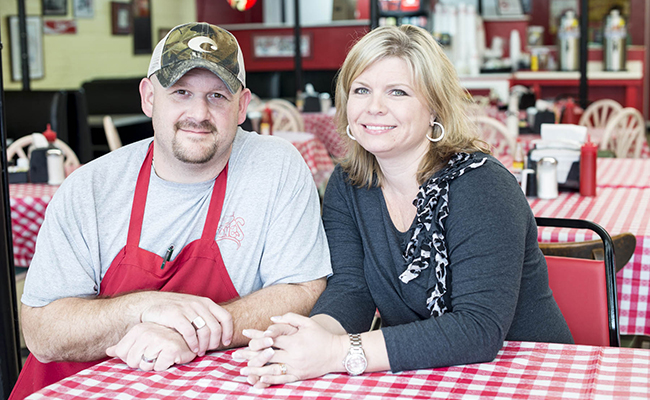 Burr Jones and his wife, Chrystal, are still in this business for one reason: to make you full and happy. photograph by Lissa Gotwals

How the restaurant began

Curtis Jones, Burr’s father, may be the only Jones regular who doesn’t have a favorite table. For almost 30 years, he was the man behind the counter. Even now, he seems happiest near the cash register, chatting with customers.

In the middle of the lunch rush, Curtis is at a loss about where to sit. He settles on a spot near the drink machine. Between calls from his wife, Alice (“she placed an order”), and greetings from customers, Curtis has time to share some Jones history. 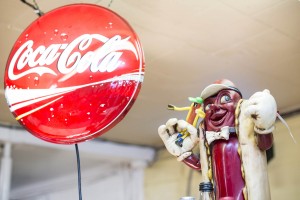 In 1958, Curtis’s father, William, ran a poolroom in Clayton. But, Curtis explains, “he had started going to church and felt convicted about the poolroom and runnin’ it and the gamblin’ and drinkin’ and so forth going on in there.”

William decided to change careers. “After church one Sunday, the next morning he got up, he went downtown, closed up the poolroom, and then for some reason he walked down the street to a building over here” — Curtis points across the street — “where Mr. Moser was runnin’ the café” — the only restaurant in town — “and asked him if he wanted to sell it.”

Moser said he would, and he told William how much money he wanted for the business. “My daddy pulled the money out of his pocket and paid for it,” Curtis says. “And the next morning, he opened it up as Jones’s.”

Jones Cafe would look nearly the same as it did on the morning when William served his first customers if a demolition crew working nearby hadn’t lost control of a wrecking ball and damaged the restaurant in 1983. Nobody was hurt, but the Joneses moved up the street to a former machine shop.

And since then? Go back to the reopening in 1984, Curtis says, and “Jones Cafe would look about the way it is now.” The tables, some purchased secondhand from a Winn-Dixie, are covered with red-and-white checkered tablecloths. There’s a hand-cranked postage stamp dispenser on the counter. A Coca-Cola clock keeps time. “The ambience,” Curtis says, “is always the same.”

Clayton, meanwhile, has tripled in size since the 1990s. The tobacco fields and textile mills have been replaced by subdivisions and a pharmaceutical plant. 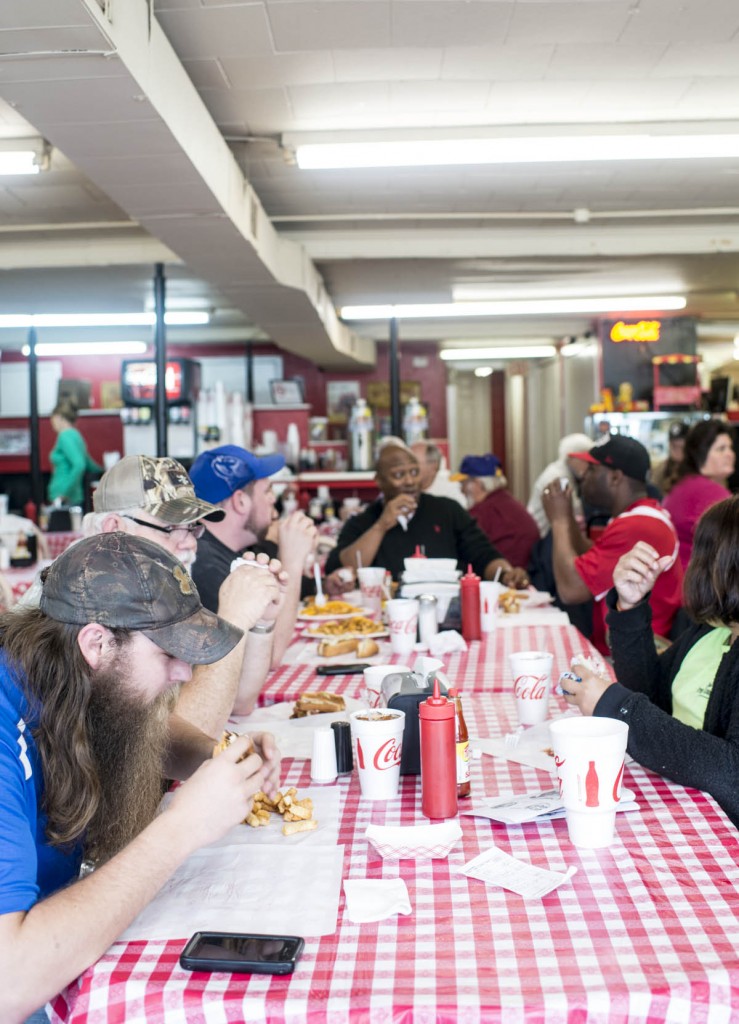 The morning regulars, who move tables every few years, keep time not by the Gregorian calendar, but by their gradual circumnavigation of the room. “Well, that was when we sat over there,” they might say, waving toward a corner booth, or, “I’ve been coming here since that table,” with a gesture to an eight-seater in the middle of the floor.

Burr is fortunate to take the helm of a place with such loyal customers. Unfortunate, too, because restaurants have to adapt, and even the smallest changes can, at Jones, feel like revolutions. The bathroom doorknobs, for example, had been broken for years. Burr replaced them. Customers noticed. “They talked about that for a week,” Burr says. Or the old, black, sticky ketchup bottles: Burr swapped them out for new ones. “That was a big deal,” he says with a laugh. “People took some of the old ones home with them.”

Donna White, who collects antiques, was one of those who brought a ketchup bottle home. White has been bringing her family to Jones Cafe almost every Saturday for more than 30 years. When she started coming, her son had to sit on a box of cans in order to reach the table.

Her son is now an adult, and that ketchup bottle sits on a shelf in her kitchen. “My son came home, and he said, ‘Don’t tell me that is a ketchup bottle from Jones,’ ” she says.

White admits that she doesn’t love the new bottles. But it’s hard to stay away. “It used to be when there was a major change like tablecloths or chairs or upholstery, the business would drop off for a little bit,” she says.

But, of course, there’s one thing at Jones Cafe that won’t ever change. “You know, in a couple weeks, you have to have a red hot dog,” White says, laughing. “So you come back.”