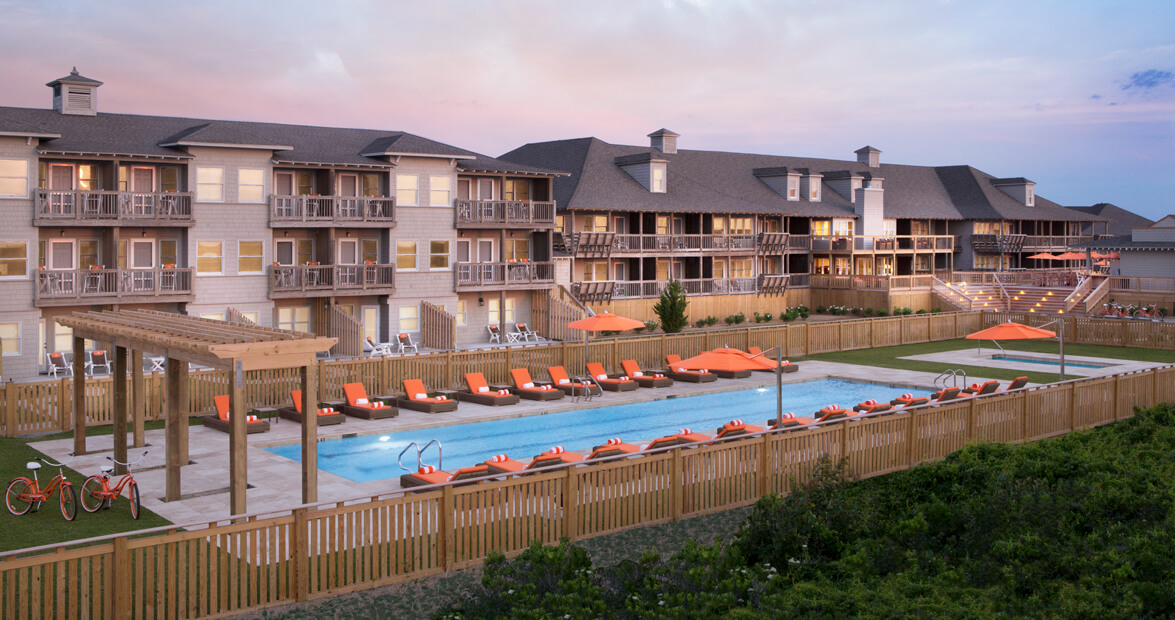 Outside, lightning flashes in the darkness, creating stop-motion snapshots of the rain, the dunes, and the ocean beyond. Inside, my boyfriend, Alex, slightly sunburned and very relaxed, leans forward. “You know, when you said we were going to a fancy beach resort, I can’t say I imagined that Scrabble would be involved,” he says as he plays a tile. He’s winning. He grins.

We’re upstairs in the Beach House, the main wing and lobby of Sanderling Resort in Duck, in a room filled with old books and games, as a wild late-summer storm crashes around us, and I’ve never felt more like a character in a Nicholas Sparks novel. We’re cozy and warm and dry in our own little lighthouse, comfortably marooned between the Atlantic Ocean and Currituck Sound on a slice of Outer Banks sand just 900 feet wide. I grin, too.

We’d spent the morning drinking coffee on the porch and lounging on the white-sand beach under a bright Sanderling-orange umbrella. We’d waded in the shallow surf and searched for shells. In the afternoon, we’d ordered cocktails at the Sandbar restaurant, then wandered up to the top of a seagrass-covered dune to sit in hammocky lounge chairs. We’d watched this very storm roll in across the sound from a windowside table on the top floor of the Lifesaving Station, a beautiful restaurant inside the former Caffey’s Inlet Lifesaving Station No. 5, one of seven coastal stations built in 1874 for rescuing shipwreck victims. As the rain poured, we’d stalled first with dessert — to-die-for lemon curd and Irish coffee — then by browsing the historical nautical memorabilia and photos before finally making a run for it. (Fine, I’ll admit it was less than 100 feet to our wing of the hotel, but, shhh, maybe we just wanted an excuse to eat dessert.) 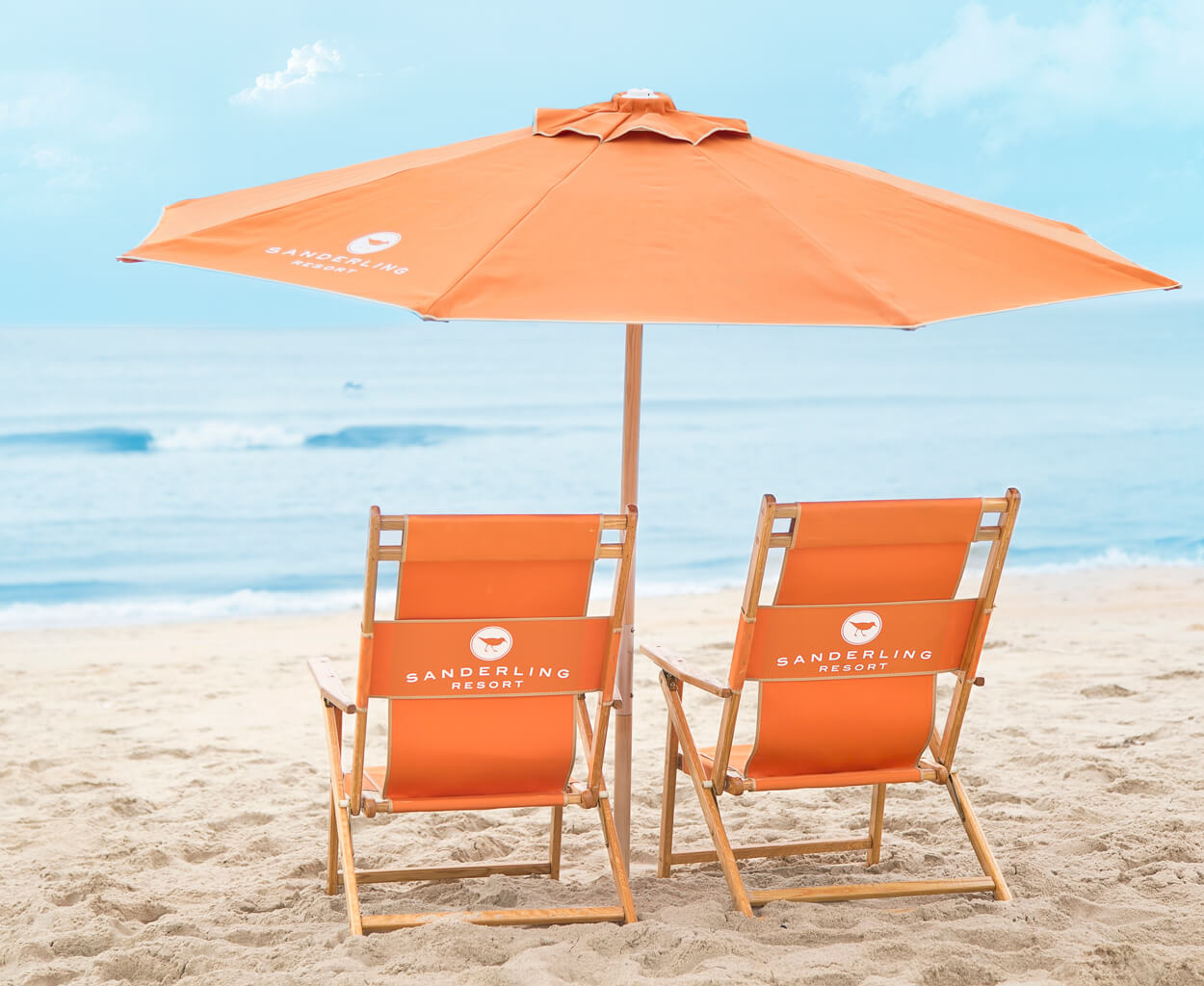 Sit by the ocean and relax under a signature orange umbrella. photograph by Sanderling Resort

And yet, although Sanderling has all of the luxurious details of a resort — the fluffy bed, the turn-down service, the spa — I had a strong feeling that we were instead at a friend’s fabulously beautiful, well, beach house. There’s an orange rubber duck in the shower. There are rocking chairs and shady porches begging you to take a seat wherever you turn. Rooms look out over a grassy green lawn with two pools, a bocce ball court, and giant firepits meant for gathering around and roasting s’mores. I felt taken care of, yes, but I also felt like I fully belonged in this beachfront backyard beneath the dunes. Like I was at home.

I imagine this is exactly what Earl Slick dreamed of when he opened The Sanderling Inn in 1985. The Texan-turned-North Carolinian had been drawn to the Outer Banks for its hunting and fishing, and he had a deep appreciation for nature and history: He bought the Pine Island Hunt Club north of Duck and donated close to 3,000 acres to the National Audubon Society, and he was responsible for the restoration of the Lifesaving Station and its transformation into an upscale restaurant. So when he built his own resort on nearby land, he infused the property with his love for the area and mirrored the quaint, white-trimmed coastal style of Outer Banks history. He wanted Sanderling — named for the tiny, white-and-gray, water-wading birds on the beach — to be a place to escape, an inviting, modern-day hunting lodge. 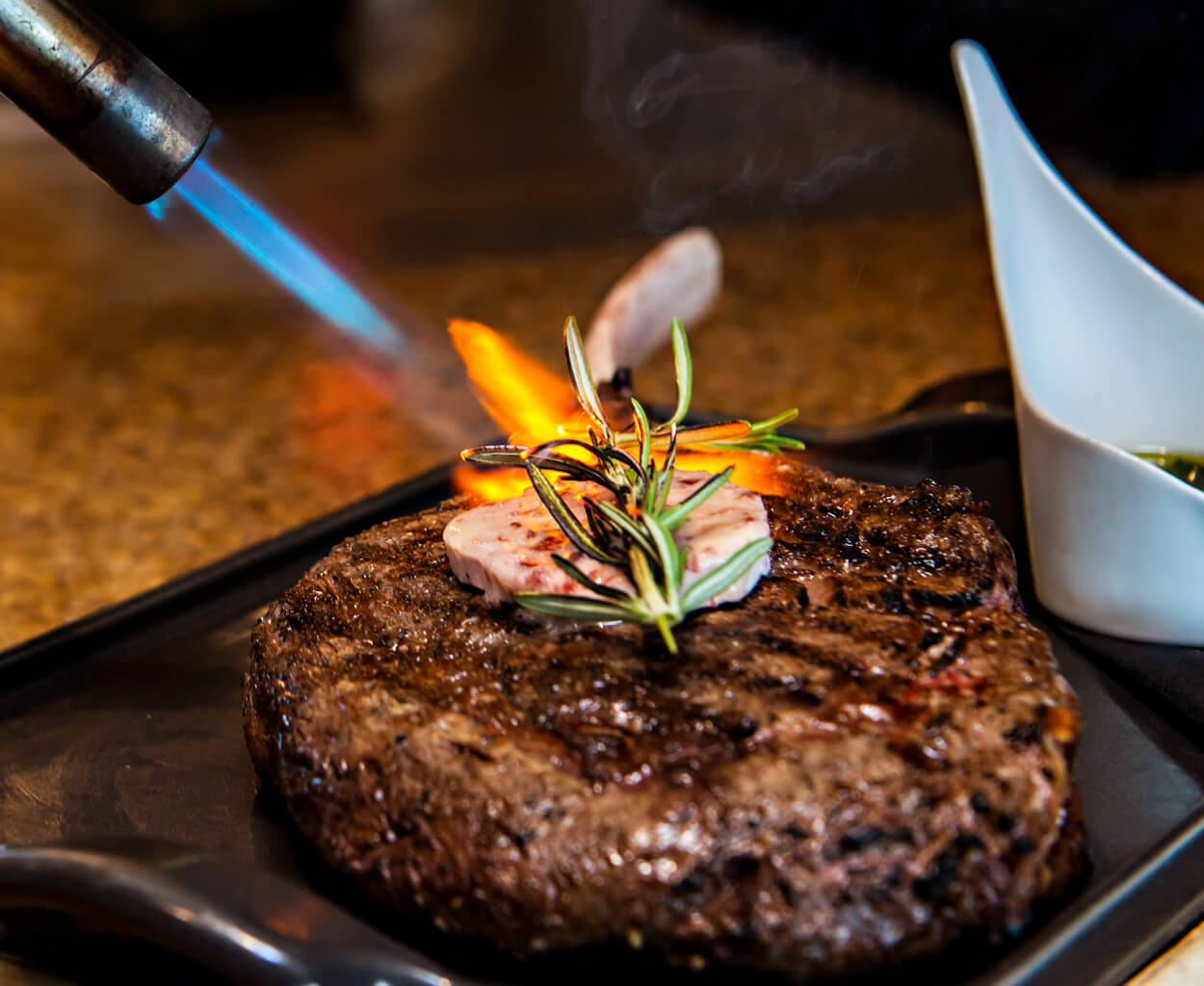 Tomorrow, Alex and I will take a dip in the adults-only Tranquility Pool and try not to fall asleep to the sound of the crashing waves on the other side of the dunes. We’ll drive a couple of miles down NC Highway 12 to get hot, melty doughnuts from the original Duck Donuts and cold coconut-crunch iced coffee from Duck’s Cottage Coffee and Books. We’ll get massages at the spa and drink tea while wearing fluffy robes, and Alex will raise his pinky like he’s the king of England, and we’ll laugh for 15 minutes straight. We’ll eat the best scallops and steak either of us has ever had at Kimball’s Kitchen as the sun sets over the sound. And later, before turning in, we’ll gather ’round the fire and roast s’mores using the supplies we found waiting for us in our room. 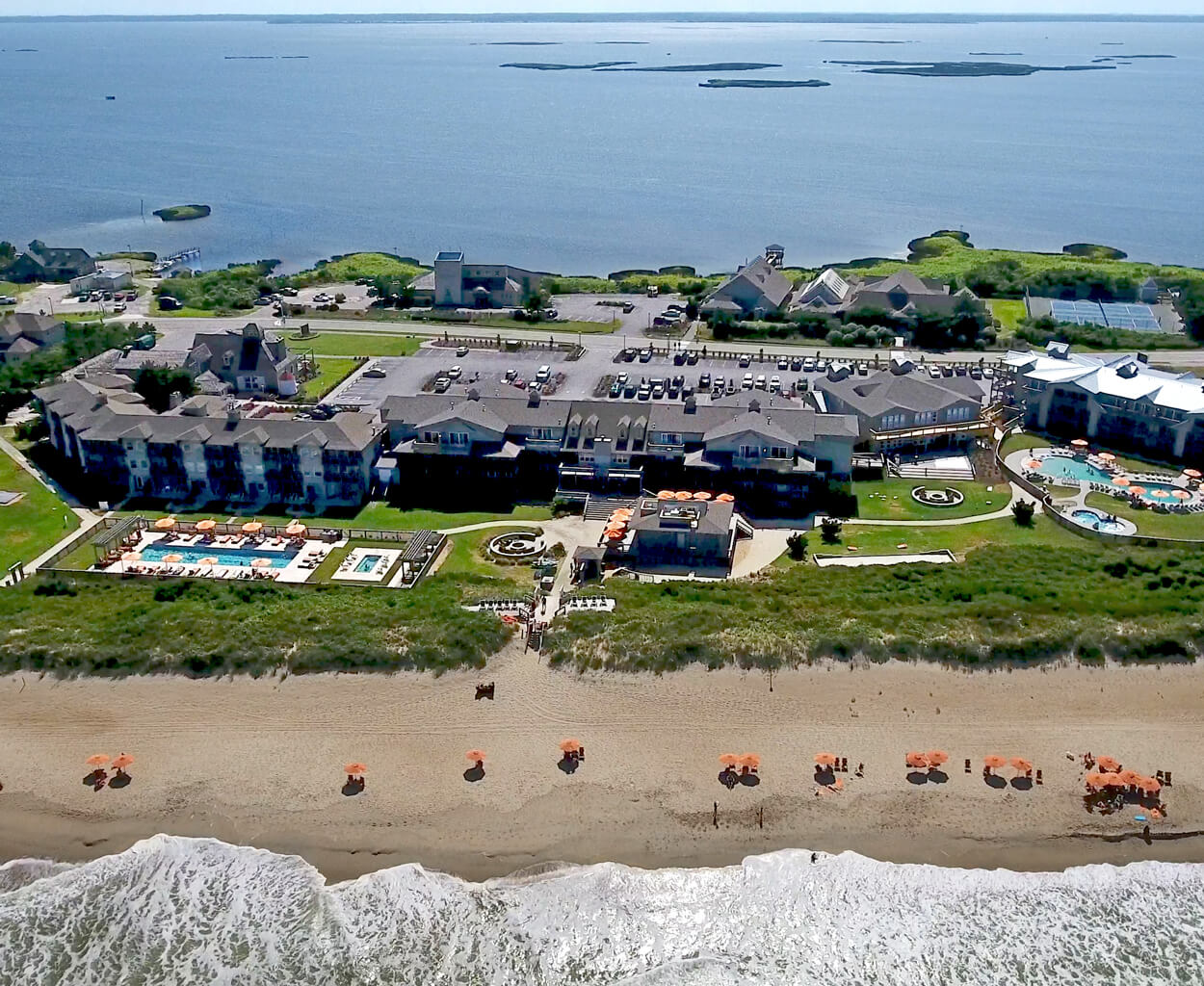 And sure, we’re already thinking of the things we want to return for later this fall: paddling in the sound, bike rentals, searching for wild horses, exploring the historic Currituck Beach Lighthouse.

But right now, curled up on the couch in this cozy library den as the rain pours down outside, all we have to worry about is finishing this game of Scrabble. Alex is right — it is pretty unexpected. Like home, but better. And that feels pretty dang luxurious.