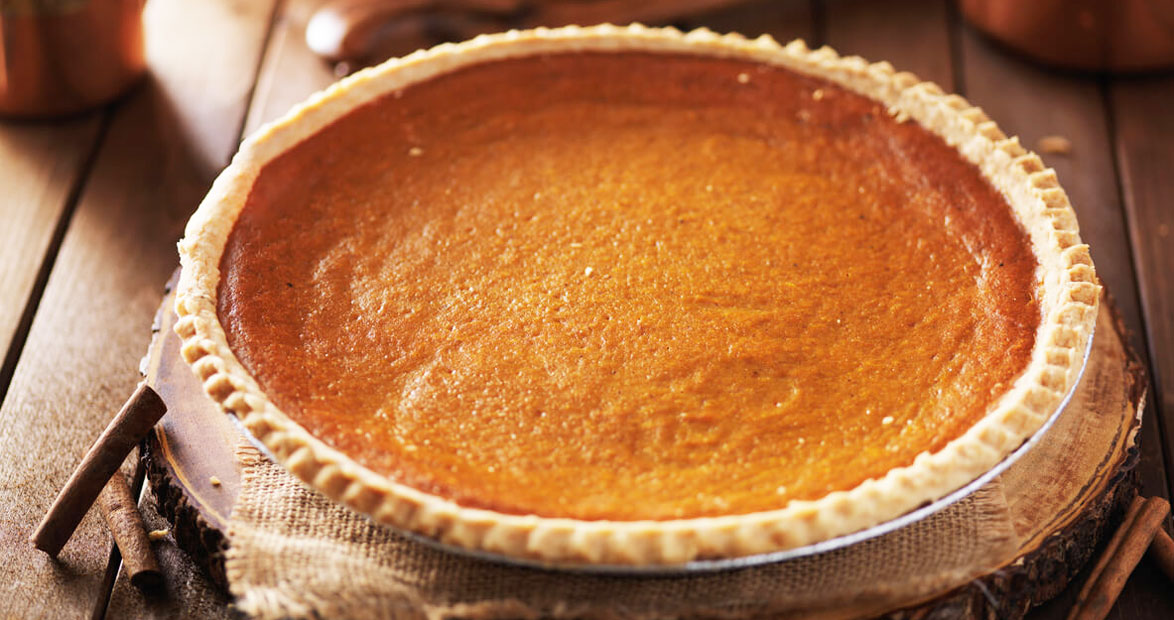 On Thanksgiving 1943, the thousands of sailors aboard the USS North Carolina, then stationed off the Gilbert Islands in the Pacific, were served a feast. There was baked ham and giblet gravy, whipped potatoes and Waldorf salad, French peas and Parker House rolls, pumpkin pie and ice cream. “And, of course, cigars and cigarettes,” says Battleship North Carolina curator Mary Ames Booker. “Those were a big treat.” Big, it seems, is key here.

After the battleship was decommissioned in 1947, various documents were recovered, including baker Donald Ayers’s pie dough recipe. If you want to re-create it, you’ll just need 200 pounds of flour, 96 pounds of shortening, and 6 pounds of salt. And don’t overmix: “Too much mixing,” Ayers warned, “makes the crust tough.” But beyond the mammoth quantities, the sailors’ recipes are similar to what home cooks make today. The custardy pumpkin filling (as recorded by baker Oscar David Taylor) included evaporated milk, sugar, and eggs, spiced with cinnamon, nutmeg, and ginger. All the better enjoyed with a scoop of ice cream — or even a cigar.

Combine flour and salt. Using a butter knife or fork, cut small amounts of shortening into the flour, until the flour is crumbly. Add water, work to incorporate but do not overwork.

Wrap dough in plastic, refrigerate for four hours (or overnight). Makes enough for two pie crusts and can be frozen.

Roll dough out on clean, lightly floured surface. Cut a circle dough slightly larger than a nine-inch pie tin. Use a spatula or butter knife to lift the dough and set it into the tin. You can use scraps of dough to build the edge of the crust.

If you have pie weights, use them to keep the bottom from rising. If not, butter one side of a piece of foil. Place the foil butter-side down and fill with beans or rice.

Lower temperature to 350º. Bake for 40-50 minutes. A knife or toothpick should come out of the filling clean.

Allow to cool for two hours.