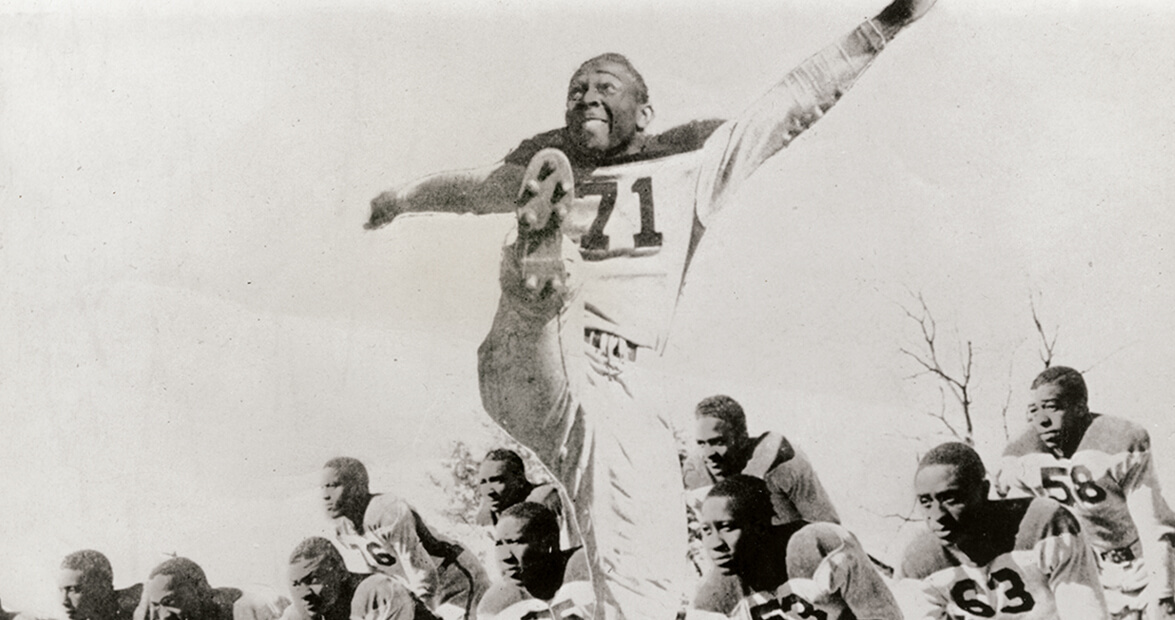 On a snow-swept lawn in Salisbury, two days after Christmas in 1892, a football player wearing a handmade uniform scooped up a fumble and ran for a game-tying touchdown in front of hundreds of curious spectators. The crowd had traveled from near and far on foot, by horse, and by wagon to watch a football game — and to see history unfold. The teams at Wake Forest and UNC-Chapel Hill had introduced college football to North Carolina a few years earlier, but this game, played by Livingstone College in Salisbury and Biddle University in Charlotte — now Johnson C. Smith University — was the first football game between black colleges ever. For the two 45-minute halves played on Livingstone’s front lawn, both the Blue Bears and the Golden Bulls wore uniforms sewn by women studying in Livingstone’s industrial department, and players from both sides raised the funds for a regulation-size football. The contest wasn’t without controversy — that fumble recovery was ruled out of bounds, and Biddle won 5-0 — but the chilly game that kicked off a heated 125-year rivalry also launched a new chapter in football history. Today, a plaque marks the original field, and tradition lives on at the annual Commemorative Classic, held this year in Salisbury on November 4.