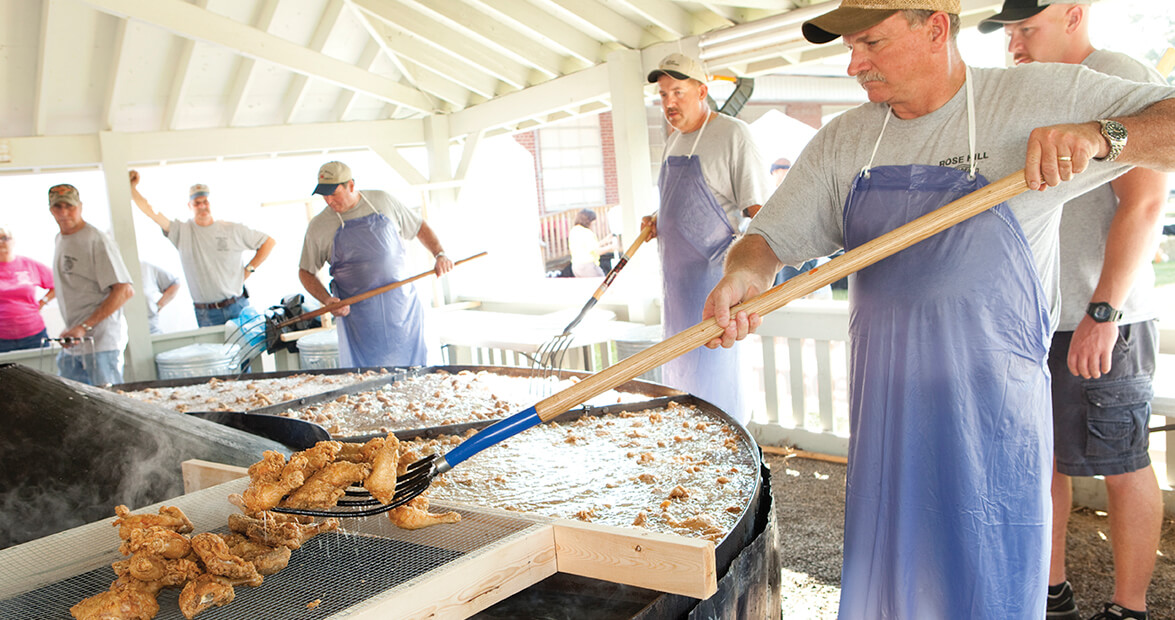 It’s easy enough to claim to have the world’s largest frying pan — six towns in the United States have given that distinction to their giant cooking apparatuses — but only one town can actually boast the largest: Rose Hill. Measuring 15 feet in diameter and weighing two tons, the aptly named World’s Largest Frying Pan holds 200 gallons of cooking oil and can cook 365 chickens at a time. Built in 1963 by Queensboro Steel Corp as a tribute to Rose Hill’s thriving poultry industry, the pan continues to fry up the good stuff for fund-raisers for the local fire department, Lions Club, and Chamber of Commerce. It’s also the star of the show at the annual North Carolina Poultry Jubilee, where visitors can enjoy carnival rides, live music, a pageant, a chicken wing cook-off, and, of course, fried chicken.