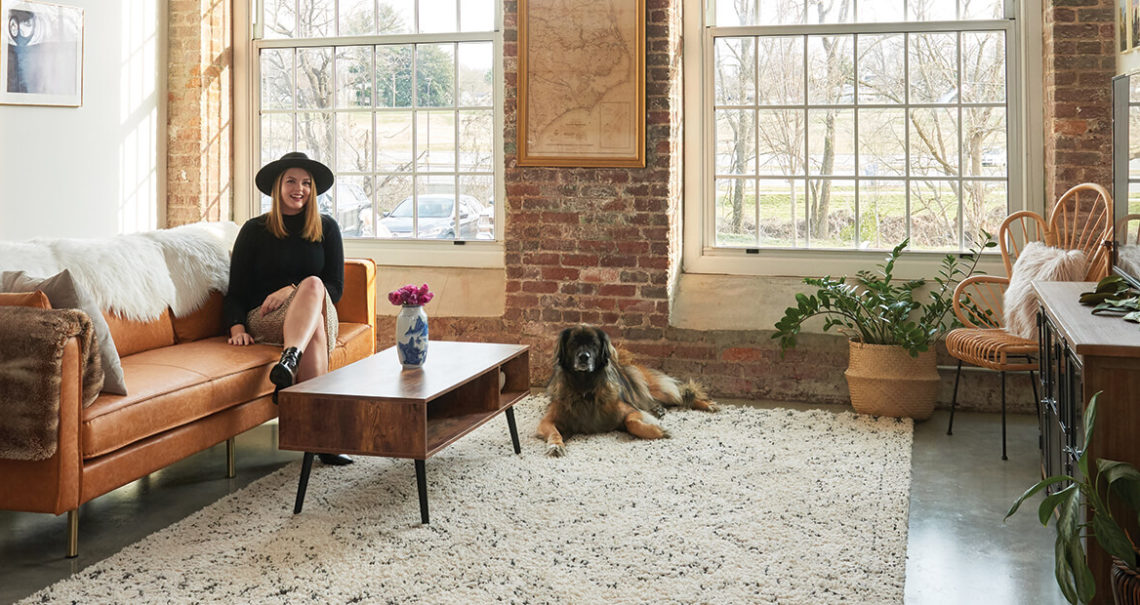 The day I moved in, I tapped my toes against the cold concrete. “I’m not so sure about this floor,” I said. The noise echoed around the empty apartment. My dog, Rudi, barely looked up from her sprawl. I’d say we were of differing opinions on said floor. She looked like a fluffy seal, and she was avoiding the new dog bed that I’d bought specifically for her comfort. I sighed.

I was moving from a tiny, just-built house in a cookie-cutter neighborhood in Chapel Hill to this apartment in a 121-year-old former cotton mill in Greensboro. I had cold feet, but I was far from having second thoughts. I looked up — way up — at the whitewashed slats, industrial pipes, and exposed wooden beams that made up my new 20-foot ceiling. I ran my fingers across rough bricks whose edges were softened by time. I noticed the shadows that sunlight streaming through a huge window made on the floor. And I instantly fell in love.

Two brothers and businessmen in the Southern textile industry — Moses and Ceasar Cone — opened the South’s first flannel mill, Revolution Cotton Mills, in 1898. At the turn of the century, the mill had 12,000 spindles, nearly 400 looms, and 350 workers. Thirty years later, Revolution was the largest flannel factory in the world, and each day, up to 10,000 workers rotated in and out of the complex on three different shifts.

Revolution’s success created a community, and a mill town sprang up around it. For thousands of locals, it became more than a workplace — it was home. There were schools, churches, a health and welfare department, playgrounds, and YMCAs. But then, 84 years after the mill opened its doors, production ceased. New textile industry requirements put into place in the 1970s hit the factory hard. Eventually, flannel production went overseas, and by the end of the century, the buildings stood empty. 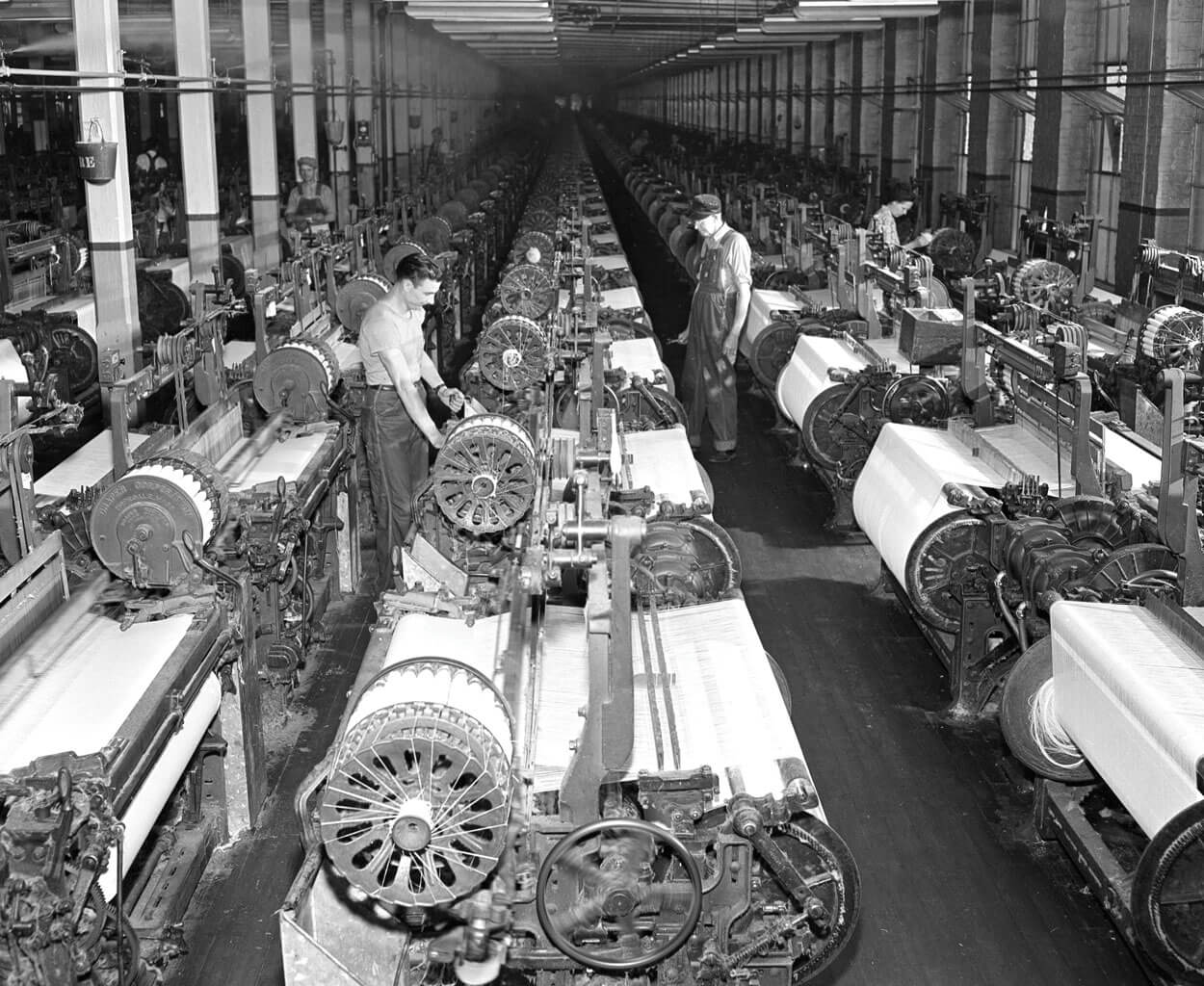 By 1938, Revolution Cotton Mills claimed to be the largest exclusive flannel mill in the world, producing 50 million yards of fabric each year. The mill village offered schools, churches, and YMCAs for workers. photograph by Carol W. Martin/Greensboro History Museum Collection

It would take two 21st-century trends — industrial design and mixed-use development — to bring the mill village back to life. A hundred years ago, the details of my apartment that I find the most beautiful and interesting were just simple measures of practicality: The huge windows that flood the space with sunshine provided natural light before electricity was commonplace; the 20-foot ceilings improved ventilation during steamy North Carolina summers; and the warm, red-orange brick walls prevented potential fires from spreading in a flammable environment filled with lint and fabric. These architectural features are constant physical reminders that this place lived a whole life long before I was born, and that despite all of the changes it’s witnessed, its strong bones remain.

I like knowing that I’m just one person out of thousands to pass through the mill’s long corridors.

Good design never goes out of style. And living within it, we may even find that it changes us. When I bought my leather couch and coffee table, I thought those would be what made my place feel like home. But they aren’t. Instead, it’s the houseplants I inherited from my late grandmother: a glossy, tropical ZZ plant; a twin pair of 30-year-old Christmas cacti with fuchsia blooms; and a leafy philodendron in a bamboo planter that she brought home in the 1970s from the garden store where she worked in Fort Pierce, Florida. They thrive in all their newfound sunlight.

I treasure the jar of shark teeth collected during summers at Topsail Beach, an oil painting of the ocean created by my great-grandmother, and a hand-carved wooden rhino from a trip to Kenya that has traversed half the globe. Those objects that have backstories contain magic: History is what turns something beautiful into something beloved.

These days, when I drive past the old mill houses and stop into the restaurants, offices, and art studios on campus, I think of the people who gave this place its legacy. I like knowing that I’m just one person out of thousands to pass through the mill’s long corridors, to feel its original wooden floors squeak beneath my feet, to stand at the base of its smokestack and look up at the inlaid red-brick lettering that reads REVOLUTION. Rudi still refuses to sleep in her dog bed, opting instead for a favorite corner of cement near the window. Me? I’ve opted for a pair of slippers.