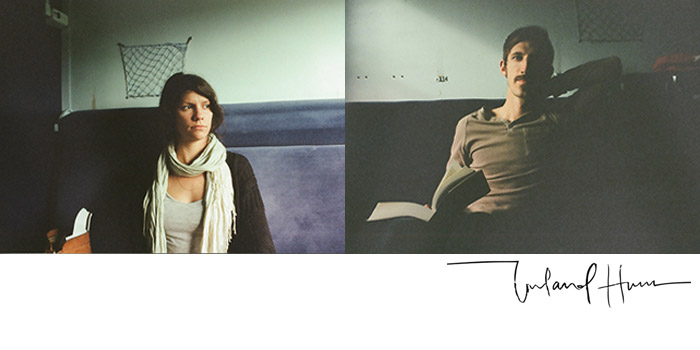 Editor’s Note: This Q&A was conducted in April 2014. To find the most up-to-date information on the band, visit lowlandhum.com.

Could you give us the short story of how the band and the name “Lowland Hum” came to be?

Lowland Hum is made up of Lauren Plank Goans and myself (Daniel Levi Goans). Hailing from Greensboro, North Carolina, we met in 2010, while I was pursuing a career in folk music. Pretty soon after we met, we began to spend most of our time together and, before too long, started singing together as well. We ended up getting married in 2012 and we spent the first year of marriage touring the East Coast. Realizing that the music we were performing had taken a new turn due to Lauren’s presence, we began to search for a name for the new project. We landed on the name Lowland Hum, which came to Lauren one morning as she was sitting in bed. Much of what we write about is inspired by a phenomenon we’ve both noticed: a buzzing electricity just underneath the surface of things which seems to reveal an interconnectedness built into the world. When Lauren told me the name, we realized that, like our songs, this name pointed toward the murky waters surrounding these unnameable moments of recognizing meaning. I was thrilled. In August of 2013, we released Native Air, our first album as Lowland Hum. Since then, we’ve been touring to support the album pretty much non-stop.

There’s a lot of natural imagery in the songs on “Native Air.” What inspired you while you were writing the album? 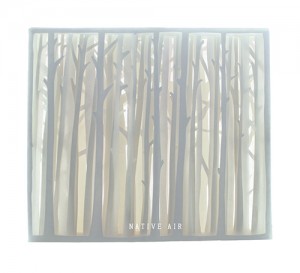 Native Air is an album in large part flowing out of our exploration of the concepts of home and identity in the first year of our shared life. Ours is a marriage of lives and of creative exploits. We went from all individual time to all shared time and the change introduced lots of tension. We discovered in the process of writing and recording Native Air that the most beautiful moments in our lives and in our music come in the process of struggling through tension to find unity. This concept is reflected in nature as we see oceans ebbing and flowing, trees flowering and dying and ice destroying before water brings life. Lauren and I both have always been enthralled by the beauty of nature and the power of metaphor. As we worked on writing these songs while simultaneously negotiating our roles in our band and in our home, the fodder for songs was everywhere.

>> Click here to watch Lowland Hum perform songs from “Native Air” in the Our State library.

Going to a Lowland Hum show is a “multisensory” experience. You incorporate visual art into your set and pass out handmade lyric books. We’re excited to help you release your newest single, “Ballad of Saudade,” which explores a very unique sensation. Can you explain what this song means to you and the concept of “saudade”?

Thanks again for being willing to help us with the release! We have been so excited about the partnership. The song was written in hopes of expressing something unnameable and, for us, inextricably tied to North Carolina. We are honored to partner with Our State as we feel a deep kinship with their mission to draw attention to beauty and meaning happening in N.C.

To explain this song, I want to give a bit of background on it because it is from much earlier in my career. In 2009, I moved back home to Greensboro after a several year stint in Nashville. The familiar place and all the memories were a fertile ground for songs. That first year back in North Carolina, I wrote close to sixty songs. I played one of those songs for a friend of mine before it had a title. He responded by saying, “That song is about saudade.” I replied, “I don’t think so…I’ve never heard of that.” He then proceeded to tell me that saudade is a Portuguese word that can be translated as nostalgia for something you’ve never known. I named that song “Ballad of Saudade” and recorded it that same year on my first solo album. Over the years the song has changed shape and the concept of saudade has remained meaningful and stirring to Lauren and I both. As Lowland Hum, Lauren and I decided to rework the song for our tours. This recording reflects the new iteration of the song, along with contributions from friends of ours to help us complete the recording.

A lot of North Carolina artists helped produce this song. Could you describe the process of creating “Ballad of Saudade” and the importance of your creative community here in N.C.? 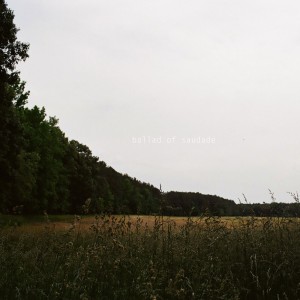 We have collaborated with a group of friends in North Carolina on the project and it has truly become a community endeavor. When we realized that we wanted to create a recording of the new iteration of this song, we approached our talented friend Edd Kerr, who is a producer/engineer/composer in Durham. The three of us picked some dates and, after a few meetings working through the vision for the song, we spent the first days of December together tracking in Durham. As producer of the project, Edd spearheaded the sessions and worked with us on the string arrangement. Another friend and gifted songwriter/multi-instrumentalist, David Wimbish (mastermind behind Greensboro band, The Collection), came up during that week and played all the string parts. A newer friend, Greg Abate of Neon Audio, did a fantastic job as the mix and mastering engineer for the project. These three gentlemen are prime examples of the amazing talent in our home state and we were thrilled that they would honor us by helping with the project.

You’re in the midst of a tour you’ve dubbed “Far Away Tour.” How’s life on the road and how does playing across the country differ than playing in North Carolina?

As I type this, I am sitting in a suburb outside Dallas, where we will perform this Friday night. We are currently two weeks into our “Far Away Tour” and life on the road is going well. We are slowly learning how to pace ourselves on the road. On this particular tour, we are visiting approximately twenty cities that we have never played in before. We feel like explorers edging our way west, taking in new sights hourly. When we are touring in North Carolina, most of the highways and towns are colored by hundreds of memories. I’ve spent probably ten or twenty percent of the past ten years on either I-40 or I-85! Touring to all of these places that are unknown to us is a blank slate. Both are wonderful and we are so thankful to have the privilege of sharing our songs with people.