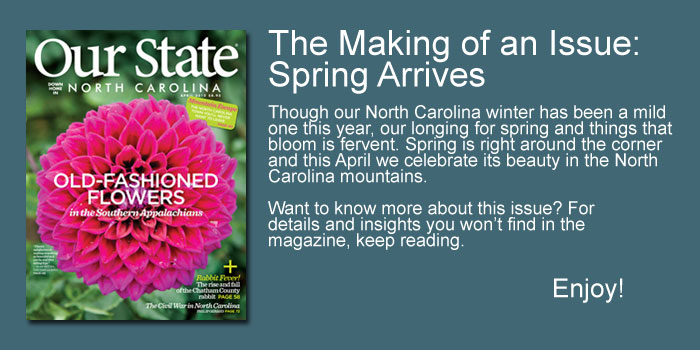 The April issue of Our State magazine went to press on a chilly day in mid February. Even with warmer-than-normal temperatures this winter, very little is blooming in North Carolina at that time of year. While every issue of Our State is planned in advance, our seasonal issues require a little more time. Photography must be shot during the height of a season, sometimes a full year before a story is to appear in the magazine. For this issue, our photographers were dispatched to the mountains last spring and summer to capture the full-bloom photographs you see. With one story in particular, “The Peony Cure,” we were working within a tight window as well. Peonies only bloom for three weeks and, in order to capture them in all their glory, our Art Director Deanne O’Connor had to time the assignment just right.

Many of the stories in this issue were uncovered last year when Editor Elizabeth Hudson and Associate Editor Leah Hughes made a whirlwind, two-day trip to Black Mountain and Blowing Rock. Elizabeth and Leah attended “Art in Bloom,” hosted by the Black Mountain Center for the Arts, and “Mile of Flowers,” coordinated by the Blowing Rock Garden Club. Each of these events celebrate local gardens and gardeners. In this issue, you’ll meet Frieda Jones, Floyd Kemp, and Alan Hetzel, mountain gardeners who made wonderful subjects for our spring issue.

Our “Tar Heel Towns” section is a long-standing, much-beloved part of the magazine. When we assign writers to cover a town, we send them to find the essence of a place. Sure, they are on the lookout for where to go and what to do if you visit. Those things are important. But so too is the soul of a place – that magical concoction of people, landscape, and history that gives a town its fingerprint.

Jeremy Markovich hits the mark perfectly with this month’s story on Highlands. Many of you may be familiar with Highlands, but in this piece, Jeremy invites you to join him on a bench on Main Street as he discovers what makes it truly unique. As Senior Editor Mike Graff put it, “Jeremy’s piece not only makes you want to visit Highlands, it makes you want to live there.”

Readers in the Triad may recognize Caron Myers, a former investigative reporter for WGPH/Fox 8. Caron is also the writer of this month’s “Tar Heel History” story and for it, we put her investigative skills to the test by sending her on a rabbit hunt. Caron’s story traces the tale of Chatham rabbits from the 1880s to the 1950s as they became an unusual export for Chatham County.

Caron spent a great deal of time in Chatham County researching this story and, in addition to the tales of the times and historical photographs you’ll find in her piece, she found several modern-day reminders of the role rabbits played in the county. 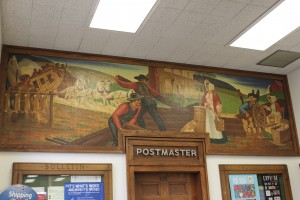 This hand-painted mural in the Siler City Post Office depicts the history of Chatham County. The rabbits are featured on the left. 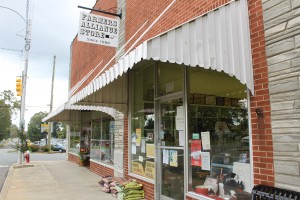 Established in 1888 and still in business today, the Farmer's Alliance Store is where local folks would have purchased items to build a type of rabbit trap called a rabbit gum.