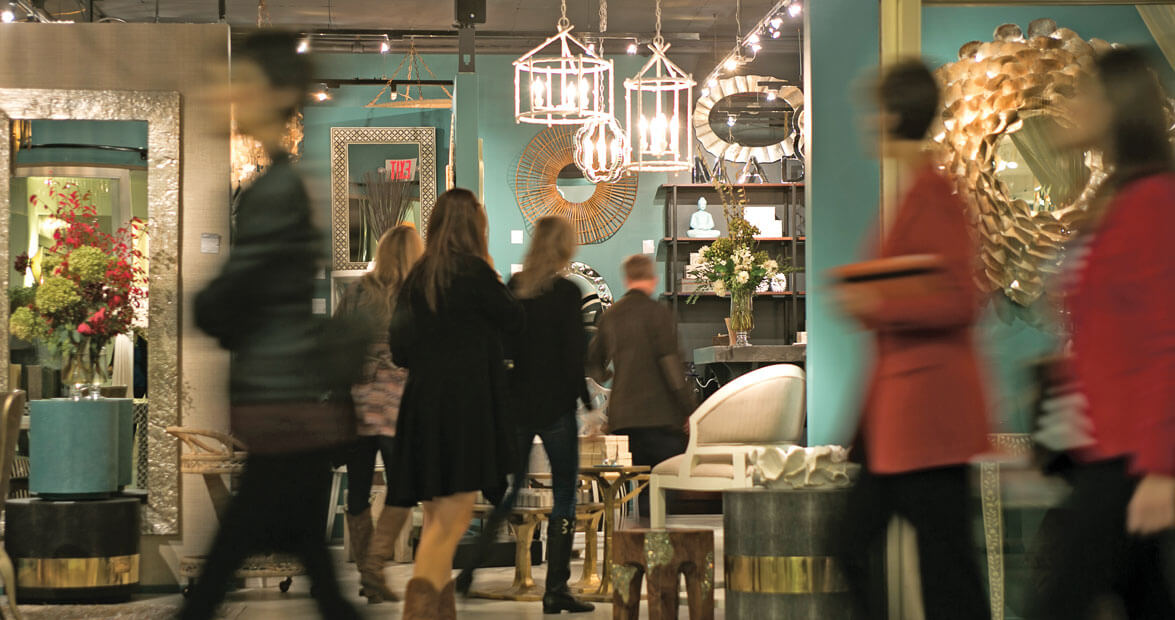 For a week in April and October, Triad-area residents don’t go out for dinner. “The market” is going on — the High Point Market, that is, the largest home furnishings trade show in the world — and restaurants are packed with some 75,000 attendees.

How the market got to this point is impressive: By 1900, thanks to the Southern Railroad, cheap labor, and plenty of hardwood timber in the Piedmont and mountains, High Point was the leading furniture manufacturing center in the South. The next year, 35 area manufacturers met to discuss creating a furniture exposition to compete with markets in New York City and Chicago. In that first decade of the new century, more than 250 furniture companies formed in North Carolina, double that of any other Southern state, and a quest to build a large showroom facility began. In 1913, 100 manufacturers displayed wares to 1,000 dealers at the first Southern Exposition.

By 1922, insiders began referring to the event as “The High Point Market,” and by 1924, the exposition building had sold its last square foot of space. By 1955, almost half of all wooden bedroom furniture made in the U.S. was produced within a 125-mile radius of High Point.