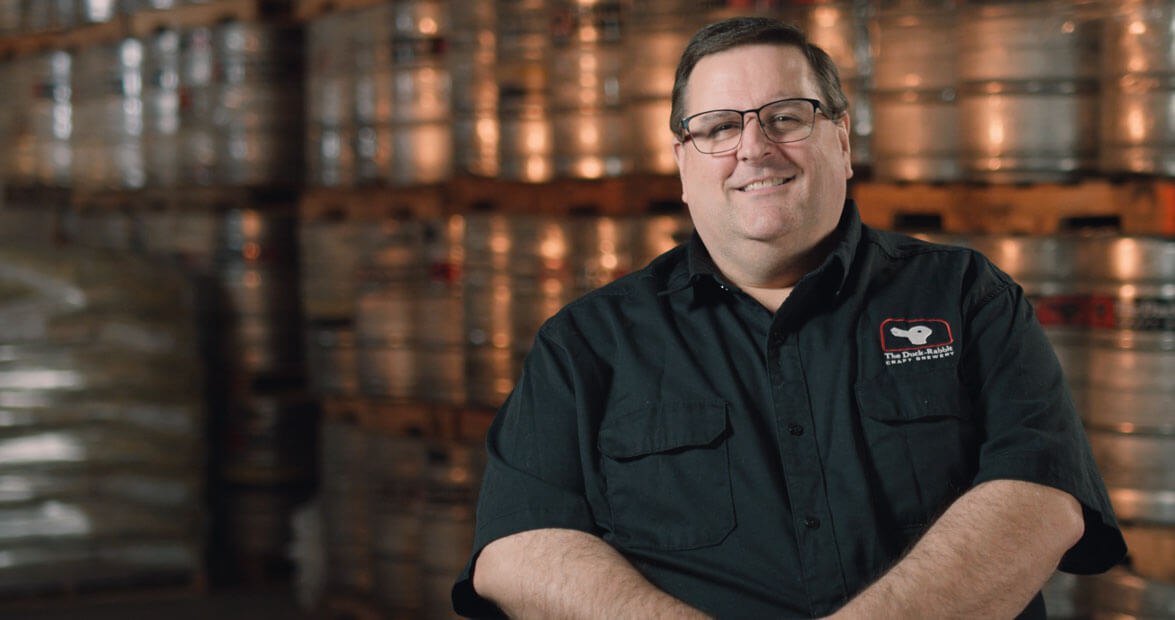 For as long as he can remember, nothing has made Paul Philippon happier than pulling on his brewing boots and getting to work. More than 20 years ago, Philippon, a college philosophy professor, decided to leave academia to turn his passion for home-brewing into a fresh start. In 2004, after a few years spent honing his skills in the industry, he founded The Duck-Rabbit Craft Brewery in the small eastern town of Farmville, where he focused on setting himself apart in a growing industry by specializing in darker beer styles. Fifteen years later, his brews — including much-loved brown and amber ales and an award-winning milk stout — can be found in nine states.

But despite his success as a businessman, Philippon maintains a philosophical outlook — especially when it comes to making beer: “Brewing is the intersection of art and science,” he says. “It’s being a craftsman — putting something of yourself into the thing that’s being made. It’s a passion for what you produce.”

Our State sat down with Philippon to learn more about Duck-Rabbit, and his philosophy on brewing.

ElectriCities, the energy behind public power, is a not-for-profit membership organization that consolidates many of the administrative, technical, legal, and legislative services needed by more than 70 municipally owned electric utilities operating in North Carolina. 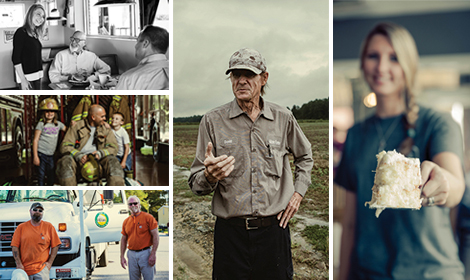 OS: How did you get your start in brewing?

PP: It started as a hobby in college — just brewing in my apartment. But it got more and more serious as the years progressed. I was pursuing a different career. I was a university philosophy professor, and ultimately decided that I’d rather make beer. Now, I’ve been a professional brewer for 21 years, and they’ve been the happiest 21 years so far.

OS: Where did Duck-Rabbit’s name come from?

PP: When I started the company, I didn’t want a brand name and image that came out of thin air. I wanted something that was part of my history — to pull some small part of the story of how I got where I am. A version of the logo appeared in a philosophy book that I admire: Philosophical Investigations by Ludwig Wittgenstein. It’s important to note that it looks like a duck from one perspective, and it looks like a rabbit from another. Not everyone sees that right away! The idea is that you can’t see both the duck and the rabbit at once. To shift from one to the other requires a shift in perception.

OS: What brought you to Farmville?

PP: I wanted to own land and not rent, and I wanted to have enough land to be able to expand, and Farmville was the place that I could afford to do that. Also, I grew up in a small town and I’m comfortable in a small town. I got lucky that Farmville is a great place to have a business; they’re very supportive. It’s a really neat little town, so I’m exceptionally pleased that this is how it wound up. But that was all luck.

OS: How do you connect with the community?

PP: We have tried very hard for the past eight to 10 years to be a part of the community — to make sure that Farmville feels like Duck-Rabbit is theirs and make sure we feel like we’re part of Farmville. We host an agricultural market here on the grounds, and I think it reminds people that we’re in the business of producing an agricultural product. We’re a part of the agricultural food chain, and people don’t always think of beer that way.

OS: What is the most challenging aspect of brewing?

PP: You have an idea of a set of flavors that you want to try to embody in a certain beer, and then you need to try to figure out a way to do that. In the wine industry, the raw materials are inherently variable. For example, in wine, a vintage variation is part of the charm — “Oh, the ’98 was especially good.” But that’s not charming in brewing. The challenge is to take variable raw materials and make an end product that isn’t variable. And we want it to keep the flavor profile that it left the building with for as long as possible.

OS: What do you find most rewarding about what you do?

PP: It’s hard to put my finger on one thing. I like getting out and working in the brewery, being hands-on and working on the machinery. Anytime I see my beer on a shelf in a store or on tap in a restaurant. Also, we’ve been here long enough that I’ve had some employees start their careers here at Duck-Rabbit and then move on to start their own breweries. And that makes me feel very proud. I always liked making things, doing things myself, reading and research. That’s part of what I like about being a professional brewer. You’re never done — there’s always more to learn.