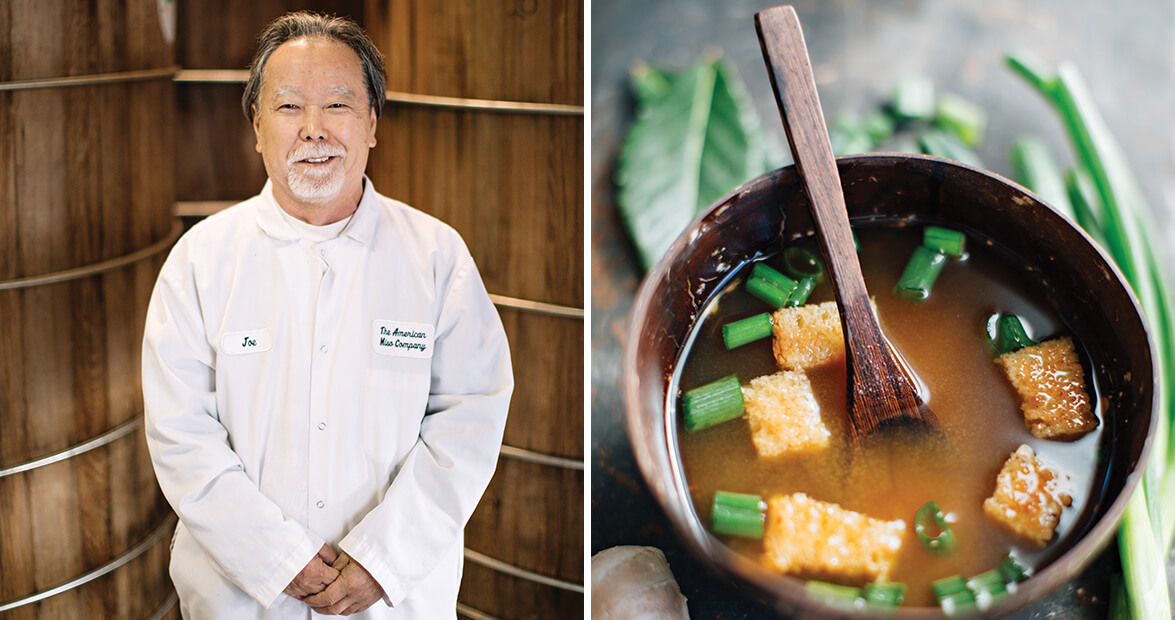 Good soup has a way of migrating, of finding new folks to nourish and comfort. And so it is with miso soup, named for the fermented rice paste that flavors the broth and has long been a staple in Japanese cooking. When John and Jan Belleme — noted cooks, cookbook authors, and disciples of a macrobiotic diet — wanted to make miso in the U.S., they had to find a place where the climate matched Japan’s miso-making cities: a spot with moderate temperatures and humidity, just right for the fickle process. Turns out, Rutherfordton — where less than 1 percent of the 4,213 residents claim Asian descent — is just the place. Located in what’s known as the Isothermal Belt, it’s never too hot and never too cold, not unlike the perfect porridge — or miso.

For 38 years, the Bellemes’ American Miso Company has been making organic miso in Rutherfordton. For 20 of those, Joe Kato, who came from Japan to study macrobiotics at Boston University, has been the Miso Master, a respected title in Japan. For such a simple foodstuff — “three ingredients only,” Kato says: rice, soybeans, and salt — the recipe is complex. First, 500 pounds of steamed rice is shoveled onto a sheeted table, where it’s spread out to cool — but not too much. It takes years of practice and plain intuition to know by feel the correct temperature for the perfect batch. And at age 68, Kato knows.

The rice is then “inoculated” with what appears to be a giant stainless-steel syringe containing a powder that encourages fermentation. Like the mattress it resembles, the rice is then covered with blankets, and put to sleep in a special room. “While it’s sleeping,” Kato says, “it grows.” Soybeans, boiling away in a pot, are poured out and raked to cool, before getting mixed with the rice. Spanish sea salt is added in precise amounts. Then, all of it goes into a grinder, and finally into cypress vats to age.

Cody Smith, a Rutherfordton native, is learning to make miso from Kato. The process is “definitely something that teaches you about tradition and values in this instant-gratification world,” Smith says. “It’s about dedication and time. Eventually, I want to come in here with my eyes closed and do it.” As he paddles the clay-like rice into bins, he gestures to Kato. “He’s the man of knowledge right there.”