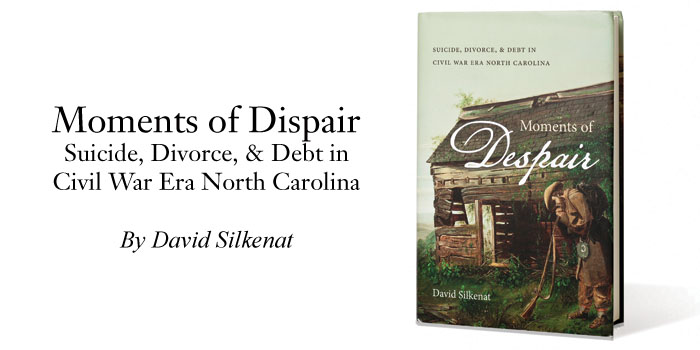 If you visit an old country store in North Carolina today, you’d never guess it was once a revolutionary institution. After the Civil War, the country store was much more than a place to buy pintos, play checkers, and tell I-swear-it’s-the-truth stories that the potbellied stove couldn’t hold.

Sure, the stores played such a social role they became a stereotype that the business crowd still milks. But country stores caused a revolution. They changed North Carolinians’ attitudes about debt, and by extension, the nature of community across the South. So argues David Silkenat, an assistant professor of history and education at North Dakota State University, in his new book, Moments of Despair, which looks at life in North Carolina following the Civil War. Although Silkenat now teaches in North Dakota, he earned his master’s and doctorate degrees at the University of North Carolina at Chapel Hill and his undergraduate degree at Duke University.

Silkenat discusses the influence of store credit, which the country stores extended to everyone, regardless of class, race, or gender. This universality eliminated the moral baggage debt carried in the old South, when a loan was a social obligation between white men of means, not a business contract.

In addition to the postwar economic situation, Silkenat examines two other phenomena with moral underpinnings that underwent profound shifts at war’s end: divorce and suicide. Divorce rose among whites as its social stigma faded. Yet among newly freed black North Carolinians, divorce was still condemned. The state’s newspapers decried a “suicide mania” among whites. And among blacks, while suicide committed by slaves was once understood, it became a mark of shame after the war. 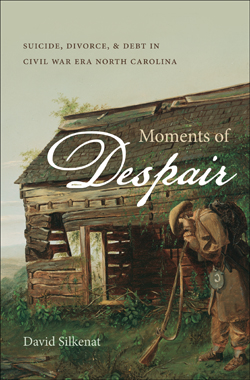 Note: Excerpt requires Adobe Reader to view. If you do not have Adobe Reader, simply click here to download.

From Moments of Despair: Suicide, Divorce, and Debt in Civil War Era North Carolina by David Silkenat. Copyright © 2011 by the University of North Carolina Press.Used by permission of the publisher. www.uncpress.unc.edu