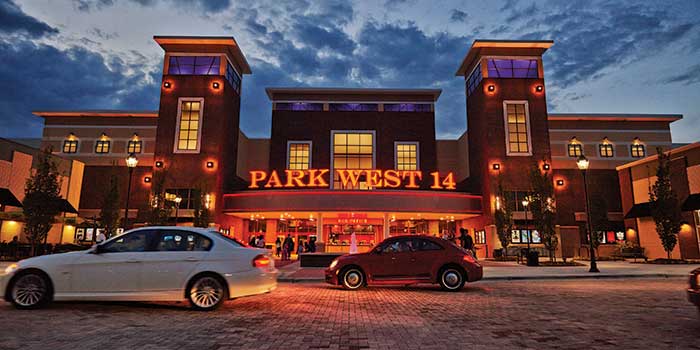 Folks might have expected the otherwise dutiful granddaughter of W.G. Clements — the Civil War hero who founded Morrisville’s iconic Christian Church in 1872 — to be more mindful of convention. But it was Christmas Eve 1946. The post-war economy urged simplicity. And 20-year-old Tet was ready to race off with her boyfriend, Paul “Bo” Walton, to South Carolina, where a marriage license was not required.

But first she had to wait on Bo to drive his grandmother across town.

“Oh, it took a long time to get places back then,” recalls the now 86-year-old matriarch, who became a consensus builder on the Morrisville town council and a leading voice in recent efforts to restore the Christian Church.

“I got tired of waiting,” she says. “I decided if he was not behind the wheel of one of the next 10 cars that passed, forget it.”

He finally arrived a few hours later. Lucky for Bo, who died in March after 66 years of marriage, his sporty green Studebaker Champion was just the tenth car to roll by on Chapel Hill Road.

How times change. Now, thousands of cars an hour stream down the roads and highways near Tet Walton’s childhood home each day.

It just took awhile for all that traffic to arrive.

When namesake Jeremiah Morris donated land on the western edge of Wake County to build a rail depot in 1852, it was supposed to bring people. New roads, mill jobs, and liquor sales followed. But people? Not so much. In 1880, the town had only 165 residents.

And for much of the next 100 years, Morrisville wasn’t in a hurry to grow up. According to Ernest Dollar, director of the City of Raleigh Museum and author of Morrisville: Images of America, when in 1933 citizens repealed the town’s original 1875 charter, the town board didn’t get around to adopting a new one until 1947.

“There was no great conflict,” Dollar says. “Back then, people just weren’t in any particular hurry to get things done.”

Even as late as 1990, some 30 years after nearby Research Triangle Park began beckoning high-tech workers from around the globe, barely a thousand people called Morrisville home. Most people knew it simply as the place you ended up if you took a wrong turn south on Aviation Parkway from Raleigh-Durham International Airport.

By 2010, however, all that changed. That year the U.S. Census showed a staggering 256 percent jump in population since 2000, confirming what locals stuck in traffic already knew: After a century during which virtually nothing changed, Morrisville had become a boomtown.

Yet outsiders still confuse Morrisville with Mooresville, an Iredell County town near Lake Norman. And lost travelers, when they drive south on Aviation Parkway, past look-alike office parks and a Hindu temple, often reset their GPS and turn around, unaware of what’s ahead.

The visitors who make it far enough south, however, discover one of the most modern towns in America. The world’s largest seller of personal computers, Lenovo, established its U.S. headquarters in Morrisville in 2005. The Chinese company, in addition to other companies in RTP, brought with it an influx of Southeast Asians, who now make up 27 percent of the town’s population.

That worldly influence brought with it an Eastern religion.

In 1985, members of the Hindu Society of North Carolina used their homes as collateral to buy six acres of land along Aviation Parkway in Morrisville. Now, an elegant temple stands among loblolly pines and oak trees.

Dr. Ganga Dhar Sharma founded the society in 1976 with his wife, Saroj, in the basement of their former home in Raleigh. Saroj remembers how members were initially uncertain about locating in the town.

“People asked me, ‘Why are you building a temple in the jungle?’ ” she says. “The goddess Durga Devi came to me in a dream and told me to build her a temple in Morrisville. You don’t question these things.”

The Morrisville community has always supported them, the Sharmas add.

In June, about 1,500 Hindu Society members gathered at the temple’s campus to break ground for a new learning center. Joined by Morrisville’s mayor, Jackie Holcombe, and Steve Rao, the first Indian-American elected to the town council, they sprinkled seeds, beans, and rice to symbolically nourish the land.

Meeting of new and old

While new construction benefits the town, leaders say they’re aware of its cost. For example, where the Battle of Morrisville Station unfolded in April 1865, a development of apartments, medical offices, and a multiplex cinema now stands.

The site was a turning point in the Civil War. The battle there led to the largest surrender of Confederate troops 12 days later at Bennett Place in Durham, 20 miles to the northwest.

But progress doesn’t always pay respect to the past.

Knowing that, Ernest Dollar rallied for placing historic markers around town, including one near a parking lot of that development, Park West Village.

And the town itself is funding projects, such as the 1870 Pugh House. Built by wealthy merchant James M. Pugh, the home’s grandeur — including its ornate gingerbread trim — is being restored.

Moreover, in 1976, Morrisville bought the aging 1872 Christian Church and repaired it to serve as the first Town Hall. Council members previously conducted business at one another’s homes.

The beautifully restored structure sits on south Church Street and now serves as a community center. This past December, the church was entered into the National Register of Historic Places.

Susie McGee Oliver, a great-granddaughter of W.G. Clements, was there when an official plaque was installed on the church’s exterior in June.

“I was just thrilled to see it,” Oliver says. She was baptized there and was the last bride to wed in the chapel in 1967. “It brought tears to my eyes because we all grew up there.”

On the opposite end of Church Street, past McCrimmon Parkway, stands the sturdy Shiloh Missionary Baptist Church. It was established in 1867 after freed black slaves were told they could no longer pray in the back rows and balconies of formerly mixed-race churches.

With its stained-glass windows the church is a symbol of pride for the predominantly black Shiloh community. Well-dressed couples emerge into the sunlight after services, women expressing their piety in fabulous hats. They walk to their cars parked past the baseball diamond next door at the community center named for Luther Green, a legendary leader in Shiloh.

“He’s a big part of the reason many of us are still here,” says Esther Dunnegan, who recalls playing in baseball games Green organized on Saturdays. She spends most mornings in the old clubhouse coordinating Meals on Wheels deliveries for elderly neighbors.

Her family’s 120-acre farm once flourished nearby. About 50 acres remain in family hands.

“Seven generations of my family lived right here,” says the retired career educator, whose advocacy for preserving African-American heritage led to the relocation of a historic tobacco barn to a spot near home plate. “I have mixed feelings about all the development, but it does create opportunities for children of this community to come back home.”

Shiloh’s chapel is a gathering place for homecomings. It remains open after Sunday services while the choir practices below a message painted on the altar wall: Seeking Those Things That Are Above. They make a glorious sound, a mix of old-school gospel and up-tempo Motown. As traffic rushes by on nearby Chapel Hill Road, members trade the lead and fan themselves as the spirit rises.

What the Locals Know in Morrisville

Morrisville has an elevation of just 365 feet, but recreational climbers can scale an array of terrain on the club’s multistory rock walls. Staff provides instruction and requires beginners and world-class climbers alike to use safety equipment. The popular athletic facility will double in size and offerings in 2014. 102 Pheasant Wood Court. (919) 463-7625.

One of several locally owned markets, this shop provides an astonishing assortment of Indian seasonings and sauces. Be there when the doors open at 10:30 a.m. on weekends if you want some of co-owner Nimisha Kharva’s delicious homemade samosas and a cup of chai-spiced coffee. 3516 Davis Drive. (919) 463-9667.

This display was installed in 2011 inside Town Hall as part of the 150th anniversary of the Civil War, which included the Battle of Morrisville Station. Now, visitors can see period artifacts and films at the exhibit. Don’t miss the historic markers in the parking lot, and those located at nearby Indian Creek Greenway. 100 Town Hall Drive. (919) 463-6200.

Jill Warren Lucas lives in Raleigh. She is the managing editor of Philanthropy Journal and a freelance food writer who blogs at Eating My Words.