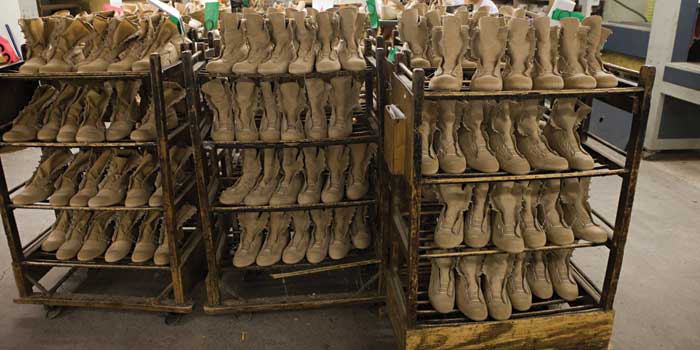 In downtown Mount Gilead, an image of an Indian with a Mohawk is painted on a wall. He’s more than a story tall, and his likeness is part of smoke rising from a thatched building on the top of an earthen mound.

Around him are other symbols of Mount Gilead’s character — a pine bough pays tribute to the Southern yellow-pine industry; a cotton boll is a nod to the textiles; the mountains in the background and the water in the foreground speak to the beauty of a quiet town located on the southern side of the Uwharrie Mountains.

But above all is the Indian. He was here first.

About 10 miles away from downtown is one of the most historically important pieces of property in North Carolina — Town Creek Indian Mound, the only state historic site dedicated to interpreting Indian heritage.

Archaeologists have documented hundreds of individual burials at Town Creek, dating back to the time period between 1200-1400, when the Pee Dee Indians lived here. The mud-made palisade around the mound calls to mind a fort from the Wild West, possibly a place where people took refuge from attacks beyond the wall. But this was two centuries before the Europeans arrived, and things were far simpler then. The wall around the Indian Mound was built to keep wild animals or wildfires out, or to keep children in, or to protect the graves from desecration.

Those graves are all over the site, underfoot at every step. But the mound, with its wattle-and-daub town house on its summit, is not just a heap of burials. The mound was a ceremonial center, around which the Pee Dee held feasts and meetings. The mound was built by hand, heap after heap of dirt, as a place for spiritual and political leaders. Only the most important members of the tribe stood on top of the mound, above all.

“It is a sacred place,” says Rich Thompson, the Town Creek site manager. “It holds the remains of Pee Dee culture. This particular cultural group was here for a relatively short period of time, but the land has been used for 12,000 years. The Pee Dee culture is sort of what made us famous.”

Once in Mount Gilead, though, it’s obvious even to the casual visitor that the spirit of the Pee Dee, who made life on a bluff overlooking the river, is not far different from the spirit of those there today.

People who live in Mount Gilead love Mount Gilead. From the Indian Mound to the natural scenery of the Uwharries and Lake Tillery to the Burger Shack downtown, there’s an obvious soul to the place, even if only 1,500 residents call it home.

Two rambling antiques stores stand like bookends on either side of the central business district. The Piedmont Center for the Arts has a home here. The Mount Gilead Music Barn serves up bluegrass music on Saturday nights.

One of the historic buildings in the district originally housed Ingram-McAulay Hardware & Furniture, established in 1907. Today, the building is home to Brown’s Hardware. A sign out front advertises the place as an “Old Timey General Store and Mercantile.”

“We just about know everybody by name when they walk in the door,” employee Peggy Evans says.

Inside, a visitor steps onto creaking hardwood floors. Employees still weigh nails on a counterweight scale and use ladders on wheels to reach merchandise. A customer can sit for a few minutes in one of the rocking chairs in the back corner while munching a free bag of freshly popped popcorn. Every week, a woman brings a freshly baked cake for folks at the hardware to share.

“How many communities you know where somebody does that?” asks 82-year-old David Wilder, who was born and raised here, served on the town’s board for 40 years, and ran a grocery store for close to 45 years.

Native son Bob Jordan, who was North Carolina’s lieutenant governor from 1985 to 1989, gets a kick out of it when someone asks him how to get to his hometown.

“You have to want to go there to get there,” he says.

And you have to want to stay.

A few miles northeast of town is Jordan Lumber & Supply, which Jordan’s father, R.B. Jordan Jr., started as a planing mill in 1939.

It was one of about 15,500 sawmills operating in the South in the mid-1950s and the smallest of five in Montgomery County. The business had 13 employees. Now Jordan Lumber, with about 250 employees, is one of the largest privately owned lumber companies in the nation. In 1967, Jordan Lumber owned no land to log. Today, the company owns about 70,000 acres within a 45-mile radius of Mount Gilead, enough to produce a third of the wood the company uses in a year. The company plants about 1.1 million trees annually.

“We’re very proud of what we do and the way we take care of our timberland,” Jordan says. “At the end of each year, we have as much timber as we did when we started.”

Boots on the ground

When military leaders needed boots that could stand up to the terrain in the Vietnam War, they looked to Mount Gilead.

A few years before the war, in 1959, local Branson McRae opened a factory to make children’s shoes in an old schoolhouse in Wadeville, just a few miles northeast of Mount Gilead. Business was tough in the beginning. But McRae had something few others had — a process to “cook” soles on shoes.

Across the Pacific, troops were struggling with their soles falling off in the heat and humidity of Vietnam. In 1966, McRae Industries received a U.S. government contract to make military combat boots for the Army.

Until 2003, only four American companies employed that manufacturing process, so, for several decades, McRae made about a quarter of the boots worn by men and women in the Army.

The boots being made for soldiers serving in the deserts of the Middle East today are different from the ones McRae made for the jungles and rice paddies of Vietnam. McRae has also been a major supplier of combat boots for Israeli soldiers; the company has a commercial line of military boots and also makes and sells work boots and popular brand names of western boots including Dan Post, Dingo, and Laredo.

As it passes through town, a section of N.C. Highway 109 is called Julius Chambers Avenue, named in honor of a black attorney who grew up in Mount Gilead when schools were still segregated and later became the first black editor of the law review at the University of North Carolina at Chapel Hill School of Law. He was a leader in the civil rights movement and chancellor of his alma mater, North Carolina Central University.

The little community has produced so many physicians — more than 30 — that some have suggested it should be called “the birthplace of doctors.” Among the doctors from Mount Gilead was Dr. Ogden Carr Bruton, former chief of pediatrics at Walter Reed Army Medical Center who discovered agammaglobulinemia, the first known immune deficiency.

The Mount Gilead Museum keeps most of these treasured insights in an 1885 house on the edge of downtown. In 1999, organizers needed $25,000 to buy the house, so they started a campaign. They raised the money for the house and $20,000 for repairs and renovations. “This little community just joins hearts and hands and gets things done,” says Alva Crump, the chairwoman of the board of directors for the Mount Gilead Museum. Crump says the museum is “just the citizens of Mount Gilead. It doesn’t matter who you are. If it’s meaningful to them, it’s meaningful to us.”

“As far as we can tell, seven generations of our family have been here,” says Bruce Haywood, who owns the Burger Shack, a restaurant at the corner of Wadesboro Boulevard and Main Street.

From what his parents told him, Mount Gilead’s glory days were right after World War II. His grandfather, a contractor, built 300 houses in the area back when five sock-manufacturing plants were in full swing and businesses up and down Main Street thrived.

Haywood remembers when a textile operation in a sprawling facility across Main Street employed 500 people. “When I was a kid, everybody’s parents worked there,” he says. The lingerie factory stopped operations even before other mills across the South began to close.

Photographs from days gone by, as well as more recent photos from Mount Gilead, hang along the Burger Shack walls. “People started bringing them to us,” Haywood says. “I didn’t really collect them. They just showed up.”

A land worth saving

Traditions and buildings and lifestyles and land: Mount Gilead is a place where things are worth preserving.

Nowhere is that more apparent than at Town Creek.

In the 1920s and 1930s, a farmer named L.D. Frutchey had to plow around a pesky hill — a mound — on his land bordering the Little River in southwestern Montgomery County. Whenever he tilled, artifact seekers came calling, crawling over the newly turned ground, looking for arrowheads and other relics. On one occasion, several men with a pair of mules and a scraping implement worked for two days; they leveled the eastern side of the mound in search of Indian treasures.

Tired of trespassers, Frutchey contemplated leveling the entire mound and moving the soil to places that needed filling in. State officials learned of his plans, though, and they visited to lobby for professional excavation of the mound. They even suggested that the nuisance in his field might need to be preserved for posterity. Frutchey didn’t believe the mound’s value, but he agreed to donate it, and a little more than an acre of land, to the state in 1937.

Years later, the state bought another 36 acres from the Frutchey family and 15 acres from an adjacent landowner. For half a century, archaeologists and helpers sifted through soil at Town Creek; collected clay, stone, shell, and bone; studied the remains of hearths, trash pits, and burials; and mapped the marks left by wooden posts that decayed in the ground. The information gleaned from the excavation (along with that uncovered by archaeologists at other sites) was used to construct the narrative of the Pee Dee people — and to reconstruct Town Creek.

In the visitor center, you will come face-to-face with the life-size bust of an Indian man with a Mohawk. It’s the same image used on the mural on the wall downtown. Nearby is a bust of a young woman wearing a bead necklace. A small sign says the man was 22 to 28 when he died; another says the woman was between 18 and 25. Workers excavated the graves of the man and woman in 1942, and their remains were selected for facial reconstruction decades later.

All this information, all this history, simply pulled from a piece of land that Frutchey wanted to tear down.

“He thought they were crazy,” says Thompson, the site manager. “He thought that it was just a big pile of dirt.”

But like most things in Mount Gilead, there’s more there if you just dig a little deeper.

Chip Womick writes for The Courier-Tribune in Asheboro and is the author of Remembering Randolph County: Tales from the Center of the Tar Heel State. Chip’s most recent stories for Our State were “The Story Collector” and “Acres of Antiques” (April 2011).