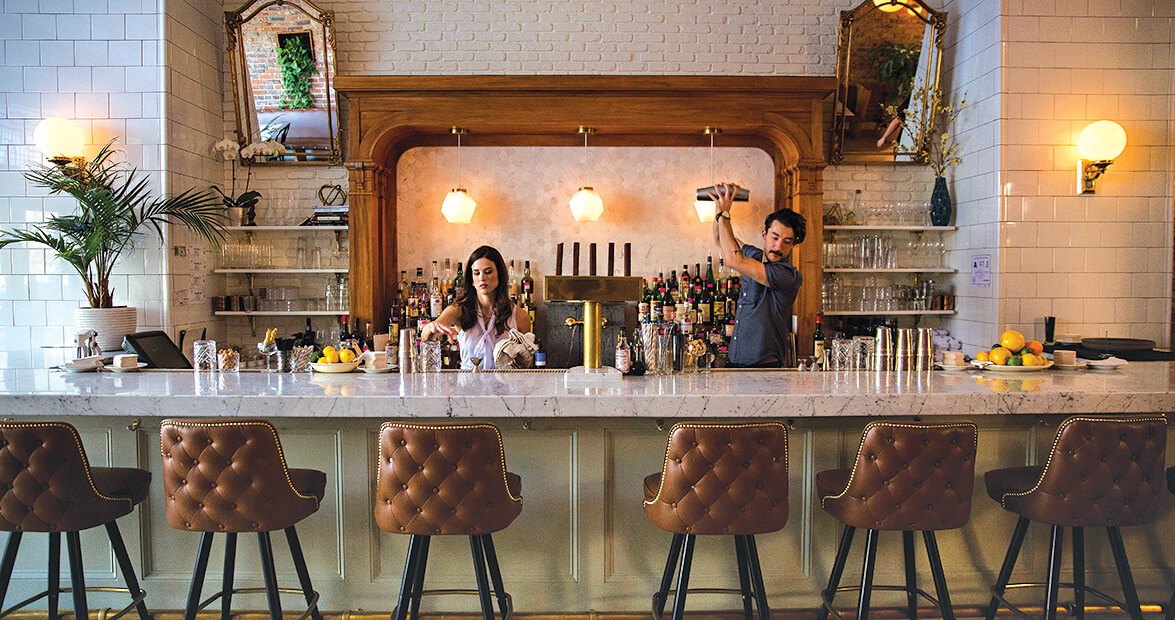 Unique to Rhubarb is the restaurant’s Sunday Supper, during which guests sit down for a three-course meal served family-style and break bread with strangers-turned-friends. “It’s about weaving the web of the community just a little bit tighter, and Rhubarb does that 24 people at a time,” chef John Fleer says. The supper isn’t just farm-to-table; it’s also farmer-to-table, as a guest farmer hosts one of the tables each week. Rhubarb’s brunch and lunch menus feature market plates that emphasize gentle preparation of standout ingredients as they become available to the restaurant. This spring, anticipate a crisp selection of petite vegetables, such as baby carrots and fennel, and flavorful vinaigrettes made from garden-fresh herbs. 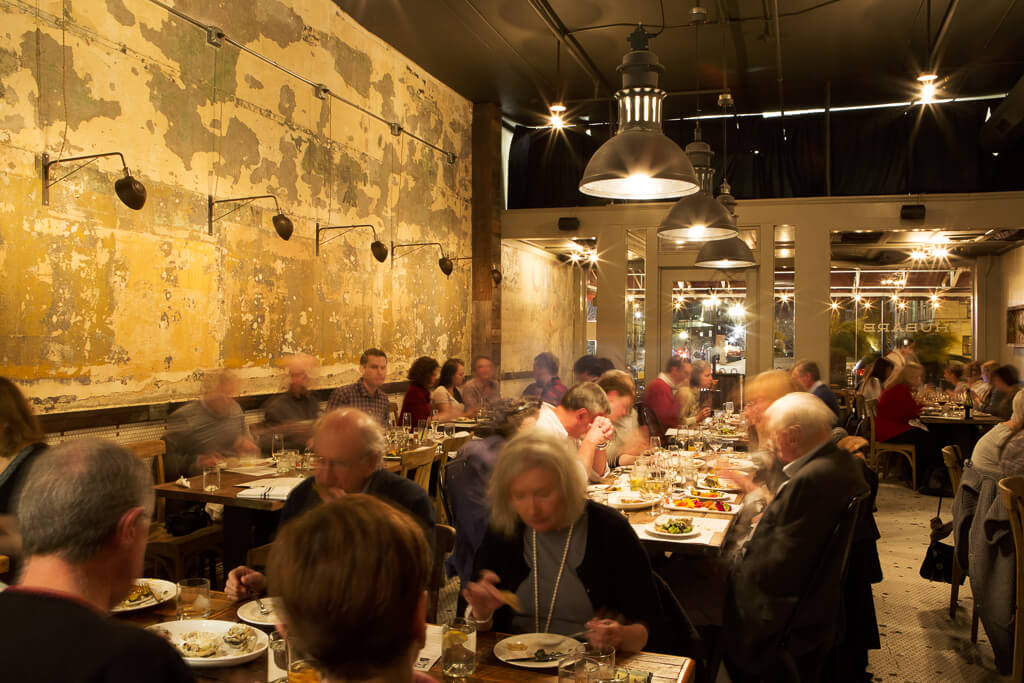 Some might scratch their heads at the existence of a farm-to-table restaurant in a town with just over 2,000 residents, but to chef Nate Allen, Knife and Fork’s location in Spruce Pine makes perfect sense. “We’re really in an agricultural promise land here,” Allen says. The restaurant’s proximity to so many of its farmers allows for an innovative menu that changes daily. Allen appreciates the creative opportunity that comes with using seasonal ingredients, and he enjoys showcasing the plants he uses in their entirety. “I get such beautiful products. I don’t want to chop them into little cubes,” he says. Try Knife and Fork’s regularly featured spicy kettle corn. Mixed with turnips sautéed with garlic and olive oil, this side dish has a nice bite to it.

Though the farm-to-table movement has only picked up momentum in recent years, it’s been an intrinsic part of Blue Moon Bistro since it opened in 2002. “I grew up here in Beaufort, so it was a logical progression to open a business that supports my friends and neighbors I have known all my life,” chef Kyle Swain says. Though ingredient sourcing can be touch-and-go in the capricious spring months, it’s time to look forward to the reappearance of a coastal delicacy: soft-shell crab. Located in the historic 1827 Dill House, Blue Moon Bistro is just open for supper and seats 50, allowing for a memorable and intimate dining experience. 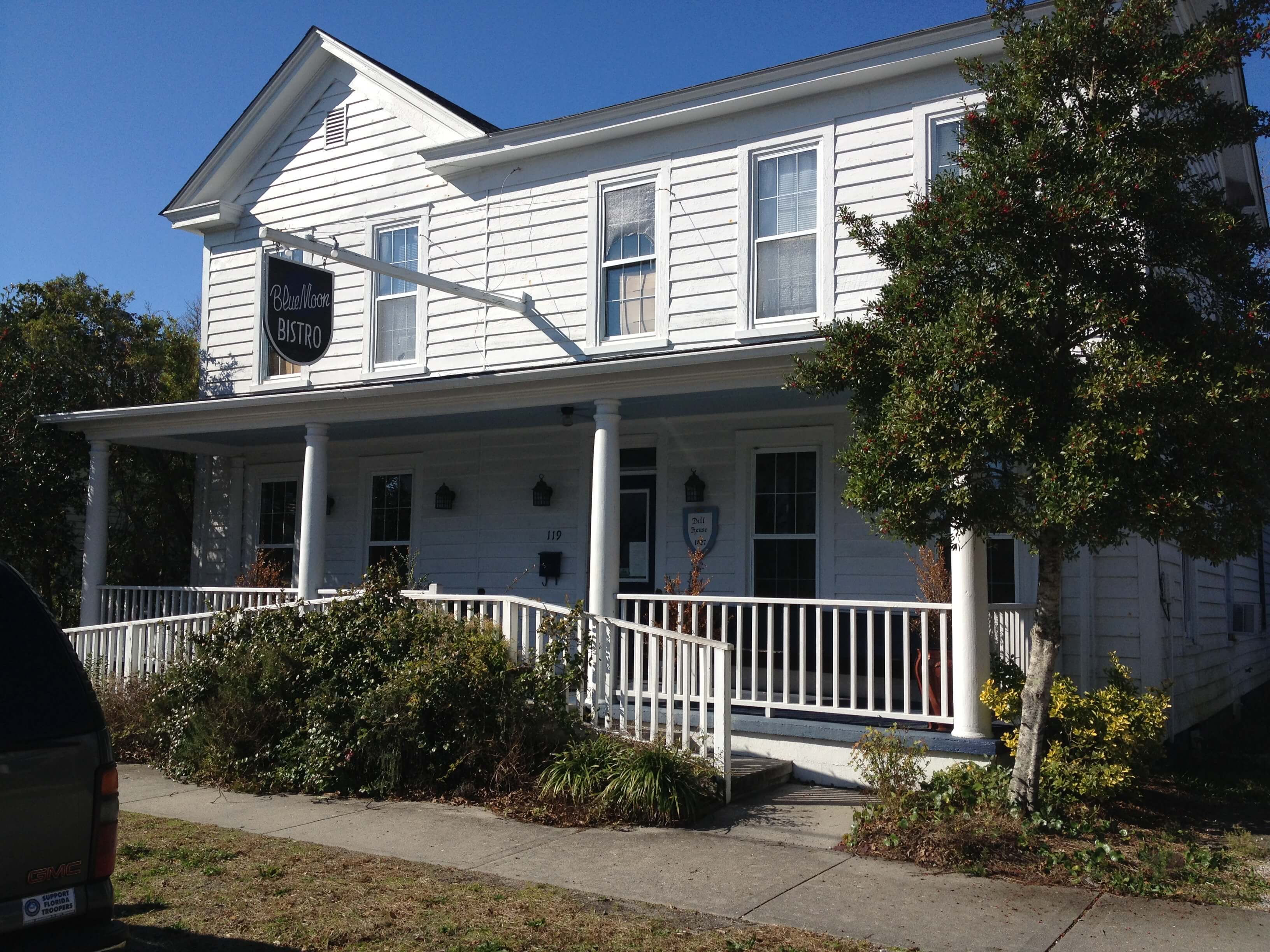 Chef Obie Ferguson of Wisteria understands the importance of transparency when it comes to what Wisteria serves, and he lays out the restaurant’s mantra simply: “We’re farm-to-table because I’m friends with farmers.” After having a meal upstairs, patrons can amble downstairs to the pub area to round out their dining experience. And yes, even many of the libations are locally crafted. The restaurant features various brews from the surrounding area and uses house-made bitters and drinking vinegars in its cocktails. “We wanted to treat it with as much respect as we do the food.” 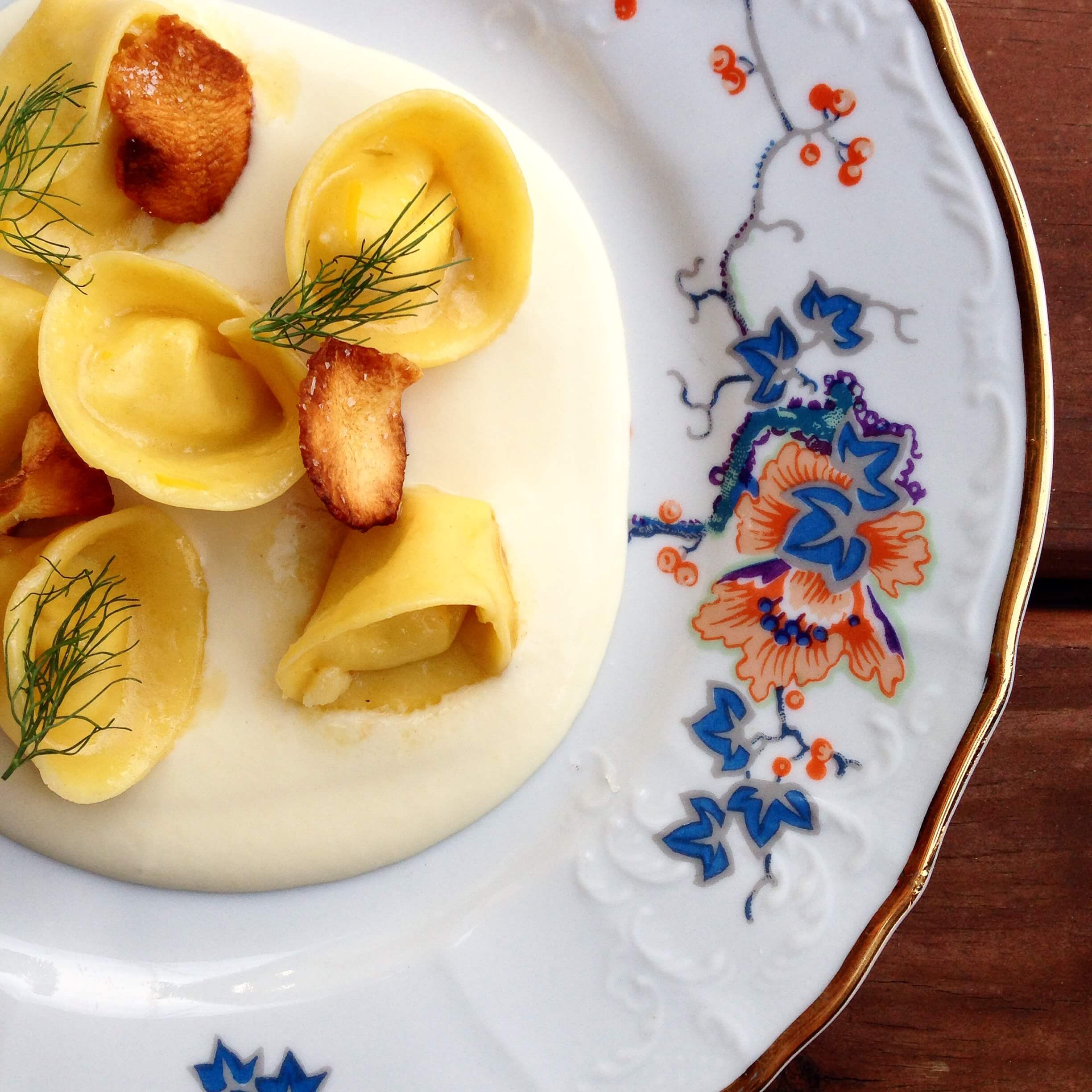 When Joe and Katy Kindred decided to open a restaurant, they simply looked to their last name for inspiration with the hope that those who dine with them will feel like family. Davidson offers the perfect fit for Kindred, which opened in February. Joe, who is the restaurant’s chef, grew up playing on the stairwells of the very building where he now prepares new Southern cuisine. “It’s really neat for me to be able to walk out the back door and be a two minute walk from the Davidson Farmers Market,” he says. Now that spring is here, Joe says he’s particularly excited about using woodsy morel mushrooms in his dishes, foraged by No Taste Like Home, a nonprofit educational organization in Asheville. “At the end of the day, we want this restaurant to be woven into the fabric of this community,” Katy says

You won’t find conventional, fully printed menus at Weeping Radish. Instead, you’ll look at the blackboard to find the pictures of farmers who contributed to your meal, farmers you might just recognize. Among the local products the pub relies on are its pork and beef, both sourced from within North Carolina and crafted into artisan sausages and bratwursts by Weeping Radish’s resident master butcher. In an effort to promote local agriculture, the butcher will even take farmers’ meat that goes unsold at markets and turn it into smoked sausages that last longer than traditional cuts of meat. Owner Uli Bennewitz finds adventure in continuously increasing the pub’s local and free-range offerings. “If somebody has an idea, off we go,” Bennewitz says. “We make it.” Whether its Stroganoff or schnitzel that strikes your fancy, pair your meal with the brewery’s Scotch ale, great for the last of the cold days this spring.

With its fresh eggs and bread baked in-house, The Table brings farm-to-table full circle with its breakfast, lunch, and pastry offerings. From savory omelets to BLTs, the restaurant offers unadulterated classics prepared from scratch. “We’re not trying to be the hustle and bustle place with the five-page menu,” says chef Deanna Clement. “We’re trying to do what the community desires and do it the best we can, and do it well.” The Table doesn’t have any booths. Instead, you’ll find bench-style seating constructed from old church pews, creating a space where all kinds gather and feel comfortable to do so. “I watch people sit down with someone else they don’t know, and by the end of the lunch, they get to know another couple,” says owner Dustie Gregson, who witnesses this spontaneous camaraderie daily.