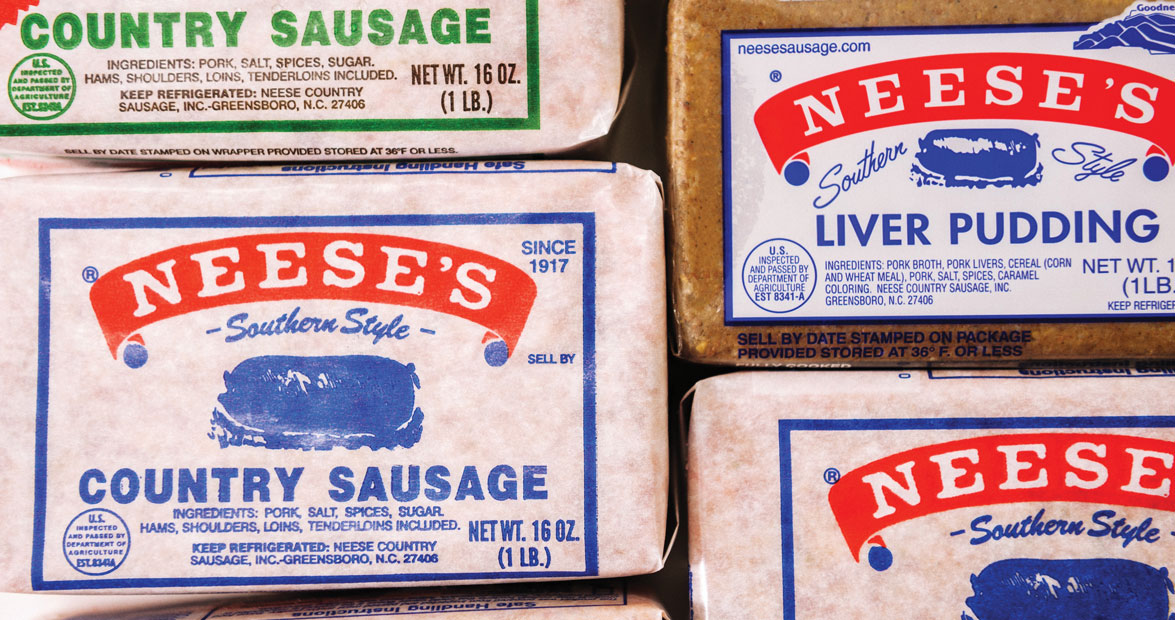 EDITOR’S NOTE: This story was originally published in January 2013 and updated in September 2018.

Tom Neese Jr. is a problem solver. But pondering those problems often keeps him up into the small hours of the night. During those thinking sessions, he sits in his dark kitchen with the glow of the microwave clock cast over his broad shoulders and thick, white hair.

On the table in front of him is a liver pudding sandwich — two slices of white bread, Duke’s mayonnaise, and a tomato slice hugging a liver pudding recipe that’s been in his family for more than a century. That recipe helped build Neese’s, which sells pork products as common in North Carolina kitchens as grits and biscuits.

“Running a small business, a family business, there’s plenty to keep you awake,” Tom Jr. says. “After so many generations, you don’t want to be the one that gets it wrong.”

Tom Jr. has spent about 46 years running the company and now shares control with two of his four children: Andrea Neese and Tommy Neese III.

Tom Jr.’s grandfather James Theodore “Mr. Thede” Neese incorporated Neese’s as a business in 1917. Mr. Thede didn’t realize what he was starting when he began selling his hand-ground sausage to neighbors and townspeople in Greensboro from his prairie schooner. But by 1925, Mr. Thede was making sausage every night using his own recipe. He wrote the recipe on a slip of paper that the family continues to pass down. Tom Jr. keeps the rarely seen recipe in a fireproof filing cabinet.

Mr. Thede’s wife, Annie Smith Neese, developed another secret recipe for liver pudding, or puddin’, as the word is often pronounced when the dish is fried in a skillet. Both recipes brought success, and Neese’s now sells thousands of pounds of pork every year to stores in North Carolina, South Carolina, and Virginia.

Chances are, if you’re a meat eater here, you’ve tasted Neese’s sausage. It’s a staple in country cooking, like biscuits with sawmill gravy. But the sausage also shows up in fancier fare, like lasagna or stuffed mushrooms. And shame on you if you’ve never had a baked sausage ball made from Neese’s sausage, sharp Cheddar, and biscuit mix.

How all of that pork gets transported to Southern kitchens is a company icon itself: a fleet of forest green delivery trucks with the Neese’s logo on the side. The logo — a plump hog drawn with thick, black lines — evokes memories of signs that often hung in the doorways of small-town butchers.

Those delivery trucks make Neese’s easy to spot on highways and back roads, but the company’s packaging draws attention on grocery store shelves. Rather than in links, patties, or tubes, the Neese family packages sausage in rectangles wrapped in paper.

“That’s how meat looked when people bought it from a butcher, when our great-granddad sold it,” Tommy III says. “Other products, the way they look might have changed over the years, but ours has looked the same for generations. So you know when you make your mama’s or grandma’s recipe you’re going to go in the grocery store and buy that square sausage because that’s what they used.” 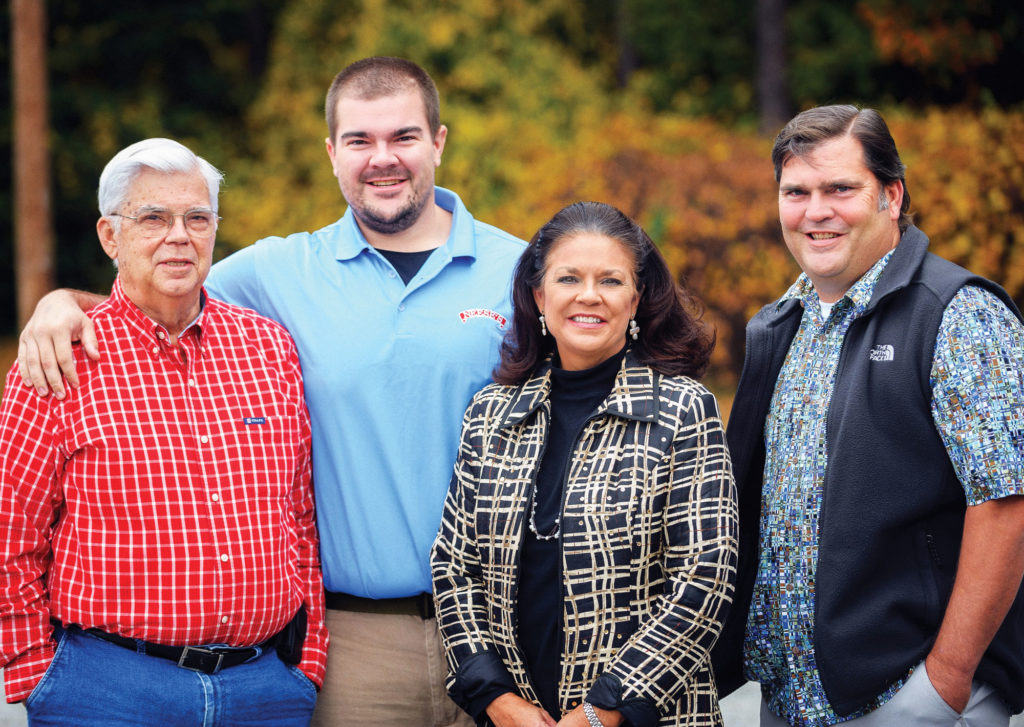 While family ties and history are important at Neese’s, the family credits the company’s dedication to quality for generating the kind of customer loyalty that some competitors spend a fortune trying to develop.

Neese’s prides itself on not using additives or fillers. Almost every morning, Tom Jr. taste tests the liver pudding as it comes off the line. And a batch of cooked sausage often sits in the break room for employees to sample.

“If there’s anything wrong with it, they’ll let you know,” Tom Jr. says. “And they know, too. We’ve cooked up some of our competitors’ sausage with our own and set it in there without saying anything, and we had people come right in here and say, ‘Something’s not right with some of that sausage.’ ”

Proof of Neese’s success and following lies just four miles from the Greensboro factory, at Spring Valley Restaurant on Meadowview Road. There, diners, like Sue and Jack Vanderburg, regularly eat their fill of Neese’s sausage. Sue and Jack both grew up in North Carolina, and they say Neese’s tastes like the fresh sausage they ate as children.

“We just think it’s the finest there is to be bought,” Sue says. “We trust them. You know it’s made here.”

And while the Vanderburgs only have to drive to Spring Valley Restaurant or their nearest grocery store, distance doesn’t deter those who live farther away. Neese’s ships sausage and liver pudding all over the country, with wayward Tar Heels sometimes paying three times as much for shipping as for the sausage itself because they want a taste of home.

It isn’t easy, though, running a small business, Tom Jr. will tell you. Giant corporate competitors and an evolving marketplace are the kinds of things that keep him up at night. But the Neeses don’t plan to let the business leave family hands anytime soon. Tom Jr. has 11 grandchildren, and some of them, like Andrea’s son Thomas, already work for the company.

That ongoing family support, Tom Jr. says, is as much comfort on those late nights in his kitchen as his grandmother’s liver pudding.