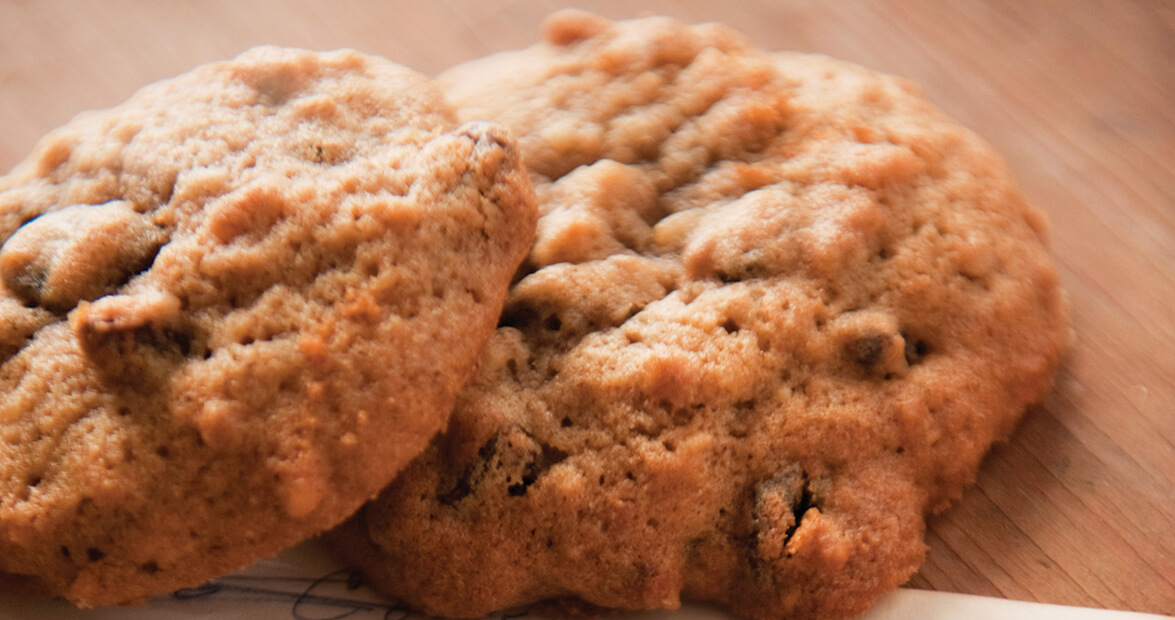 Each of the recipes comes with a name.

Mrs. Yorke Beaver was precise in her “How to Bake, Cool, Glaze, and Serve Angel Food Cake.” Mrs. F.E. Brown instructed scouts to bake their pigs-in-a-blanket in hot coals. The name “Mrs. Harry Fink” still makes Gail Cauble Gurley giggle, 60 years after she first saw it in the recipe collection that her mother turned to throughout her childhood.

Gurley, who lives in Greensboro, found the cookbook nearly 17 years ago, when her dad moved into a retirement home and she helped pack up the family home. Her mother’s copy of Cook Book, assembled in the 1940s by the Ladies Aid of Faith Lutheran Church, is tattered. Its pages are stained, with what she imagines are drippings from some of her favorites — pumpkin pie and plum dumplings, persimmon pudding and fried chicken. And with hand-scribbled notes that make her feel as if her mother and father are still in the kitchen with her.

“I feel close to the memories of my family, especially my mother,” Gurley says of those times when she pulls out the old recipes and makes the dishes that take her back to the small house in Rowan County, the one her parents built with their own hands in between shifts at Rowan Mill. “It’s almost like she’s standing over my shoulder.”

She knew she had a treasure when she claimed the cookbook. Her plan all along was to have the book reprinted. A lot of the names are family members. She wanted to save these connections to the people she loved and the memories that swell her heart.

“I didn’t think anybody would be interested outside our family,” she says.

For 16 years, the project was a gonna-do. Then one day, Gurley realized, “We don’t have a promise of another day.”

She opened the cookbook and started retyping pages and walking down roads that today go nowhere except back in time. Like the one she walked down carrying a dozen eggs from her grandmother’s house to trade for a pound of butter from her cousin, who lived two doors down. “Back then, your family lived all in a row,” she says. Her grandmother had chickens; her cousin had a cow.

Every page resurrected a story.

“It took me back to when I was a child,” she remembers. To the raisin cookies that her mother made every November to announce that the holidays were here. To the dumplings her dad made to soak up the sauer in the kraut he served them in. To the days she spent hovering at her grandmother’s elbow, watching her peel apples or stir stew.

She laughed a lot as she put the book together. Sometimes, she cried.

Because each recipe has a name. “And each one of these names is a life,” she says.

And these lives, like all our lives, felt love and joy and victory, and pain and trouble and failure.

And like a cord unfazed by time or distance, the recipes they shared connected them, one to another. As they connect Gurley, to her past and to the people who remain a part of who she is today.

Gail Cauble Gurley printed 100 copies of Old South Comfort Food: Vintage Recipes from the 1930s-1940s in summer 2010, thinking that would be plenty for her family. But then friends of the family requested copies, and word of the collection of vintage recipes spread. In response to requests, Gurley made the cookbook available for purchase through her website, scribesvalley.com. To order a copy, contact Gurley at (336) 861-2290 or gailgurley@northstate.net.