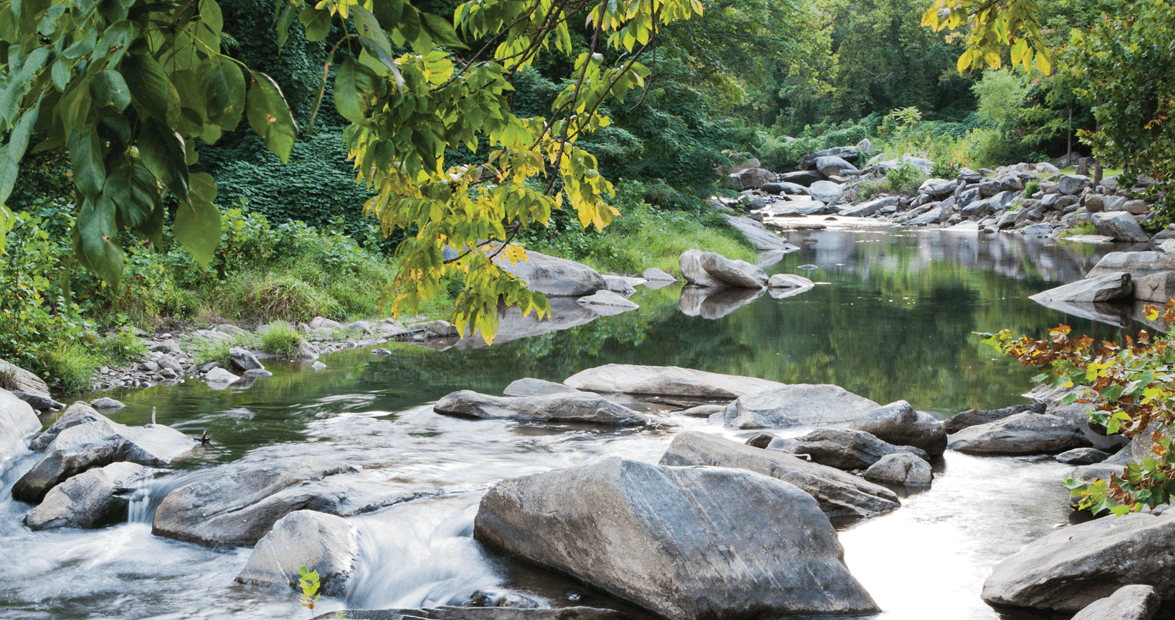 In seventh grade, we were required to memorize the seven major rivers of North Carolina. Years later, a premise for a (never-written) novel was to put a sullen adolescent and her mother in a car to seek out those rivers. Along the way, discoveries would be made, lessons learned, etc.

But I couldn’t remember what the rivers were. I blame the lack of a mnemonic (like Michiganders have with the Great Lakes: Super Man Helps Every One).

Today, there seems to be no consensus on the most important rivers of North Carolina. From the Alligator to the Yadkin, some 96 named waterways course through the state. Every one of them surely carries in its current a memory for someone. Many of my birthdays were spent on rivers, from Sliding Rock’s frigid waters to the warm, shallow, pebble-bottomed river in Rutherford County. Later, I was one of a ragtag group of new college graduates who headed for the Nantahala, tents in tow, who figured alcohol — peppermint schnapps and six-packs roped to inner tubes — would suffice for wetsuits.

More recently, I’ve lazed on the banks of the Rocky Broad, watching my children “rock hop” across the river — with the occasional slipped splat! into the swift water. I’m a hiker, but I’ve ditched my boots for the porch rockers at the River House Inn in Grassy Creek, to gaze at the North Fork of the New cruising eternally by.

Because given the choice between a vista and running water, I’d take water. Down East, they get both. From Greenville to Colerain, people talk about “going to the river” all the time. (They often do so on Thursday, which in Little Washington is referred to as “Little Friday” — a concept that I feel should be floated upriver, toward me.)

As for mnemonics, here’s a suggestion:

The New, the Neuse, the Nantahala.
The Elk, the Eno, the Alligator.
The North, the South, the Little Uwharrie,
The Deep, the Dan, the Great Coharie.
The Green, the Black, the Tar, the Toe,
The Broad, the Cane, the Pamlico —
And only 77 to go.