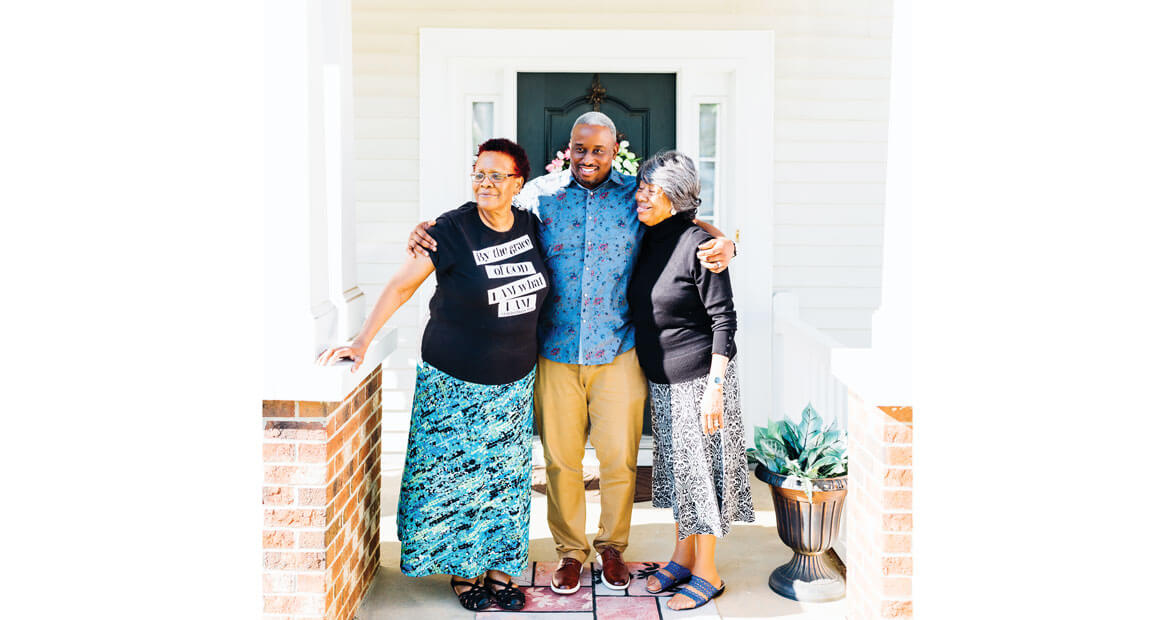 A pair of rocking chairs and a petite glass table sit on the low front porch of Adele McLean and Julia Harper’s home in Steele Creek, a suburb at the far southwestern corner of Charlotte, near the South Carolina border. It’s the perfect spot for relaxing with a pitcher of cold lemonade on a hot afternoon. A springtime wreath of lavender, blush, and pale green flowers hangs above the door, an inviting welcome to the best meal that some members of The Rock Worship Center will have all week.

McLean, 71, and Harper, her 82-year-old aunt, are anchors of the church’s Mothers Board, a committee of older women that acts as an auxiliary support network for the congregation, lending the wisdom and experience of their years in both practical and faith matters. Each board member is given the respectful title of Mother, together with her first name, to demonstrate her standing in the community. 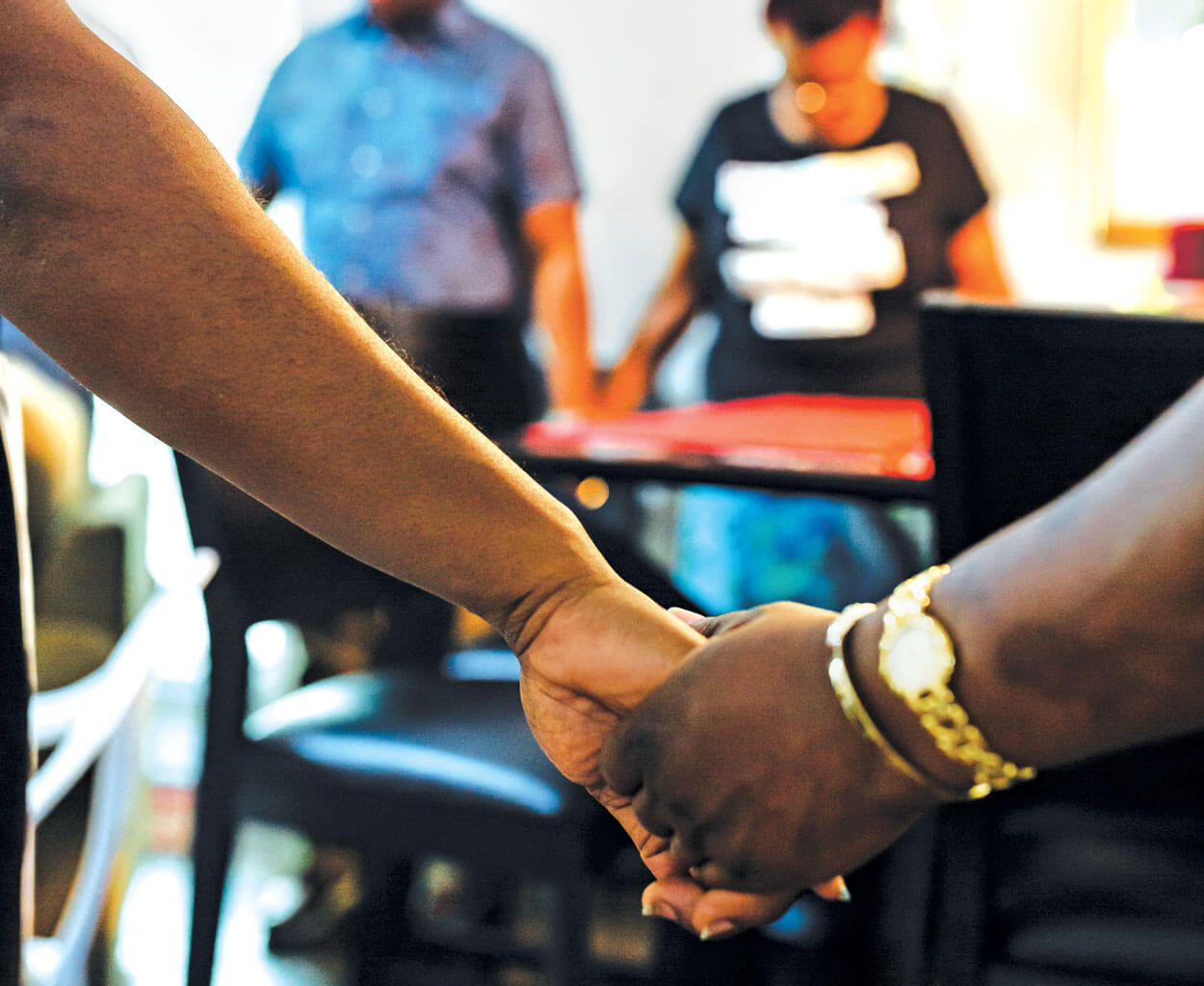 Newcomers to the Charlotte area eat, pray, and show their love for each other at McLean and Harper’s old-time after-church gatherings. photograph by Rémy Thurston

At their semi-regular Sunday dinners, McLean and Harper offer more than just a meal. The two matriarchs provide a warm space for transplants among their flock — some of them from up North, some from other parts of the South — to sit down in fellowship and feel, at least for a couple of hours, at home. No matter how far from home they may be.

On this Sunday, McLean, in a sassy T-shirt with her vibrant red hair in a sporty natural cut, stands in more contemporary contrast to Harper, who greets guests in the same elegant black dress and jewelry she wore to worship. One by one, their church family arrives with cups, paper plates, and side dishes to go along with the house favorites: Harper’s sweet-and-sour ribs, deliciously sticky and tender, and McLean’s collard greens and cabbage, a recipe she learned from a church friend back in her hometown of Clairton, Pennsylvania. “I like mine a little tangy, so I add hot pepper flakes and vinegar,” McLean says. She prepared the greens in a pressure cooker that her daughter recently gave to her. “First time I tried it, I was blown away. I put smoked turkey wings in it for 15 minutes, added the collards and cabbage, and when I opened the lid, the meat was literally falling off the bone.”

Within an hour, the house is at capacity. On every surface in the kitchen are pans of main dishes and sides — salmon, ribs, smothered turkey wings, fried chicken, baked mac ’n’ cheese, greens, sweet potato pie, peach cobbler, and banana pudding. It’s a tantalizing spread, but before digging in, the group joins hands in prayer. After dinner, the guests clean up, and what’s left goes home with someone who needs it — like the young woman who came one Sunday after a recent move to the area. “She was so appreciative,” McLean says, “because she hadn’t unpacked and her kitchen wasn’t set up to cook yet.” But already, she felt at home.

Growing up in Clairton, a mill town of 6,700, McLean took her family’s Sunday dinners for granted. Often, company would come over. “My dad and mom were natural hosts,” she says. Years later, McLean got a message from Harper: A family friend from Clairton, Pastor Frank Jacobs, was establishing a church in Charlotte. “His parents were members of the church I attended,” McLean says. “So we’d known him when he was a baby.” Harper wanted to lend a hand with the new venture. “I prayed about it,” Harper says. The two decided to make the move to Charlotte in 2015. 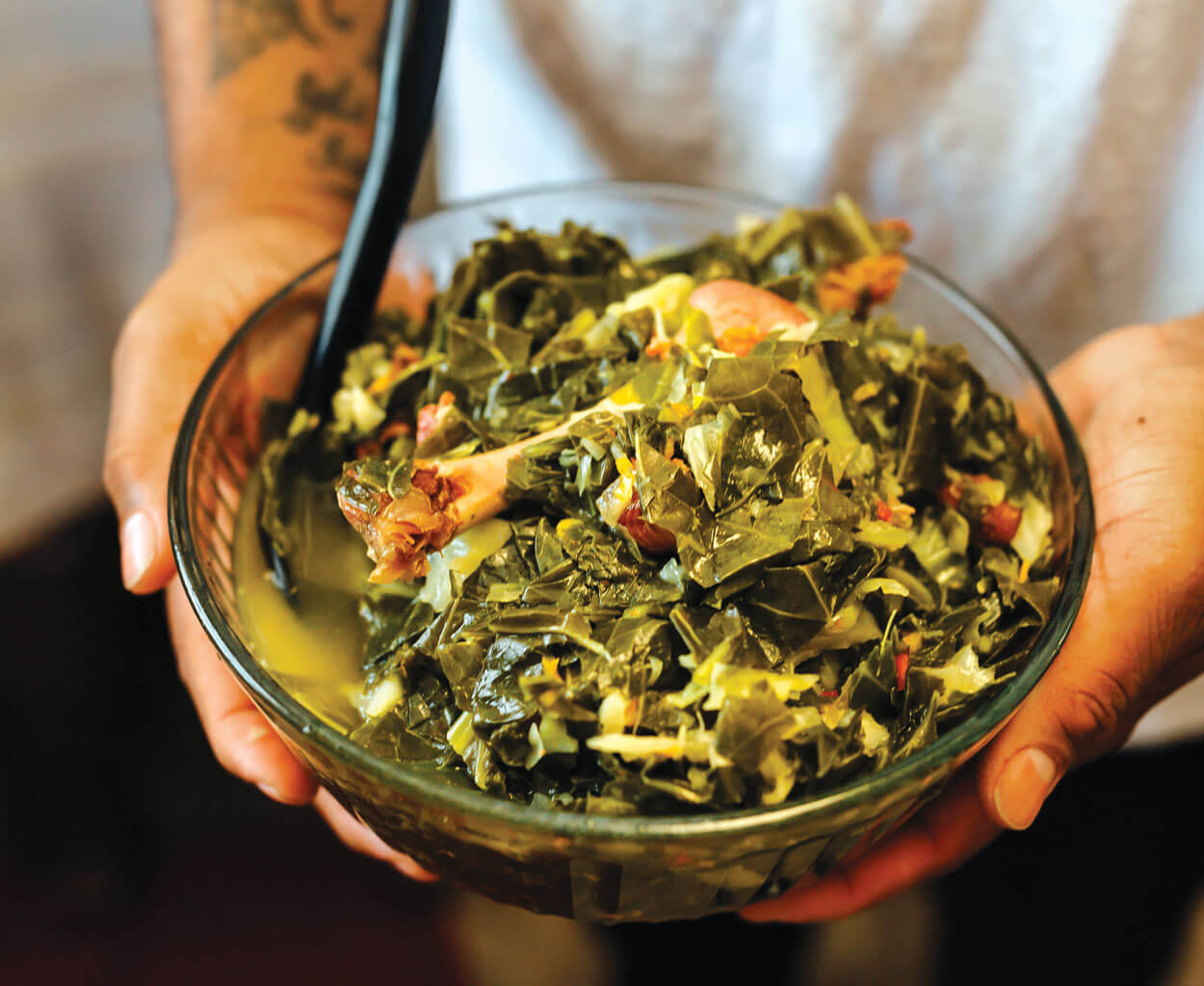 After joining the Mothers Board, Harper noticed a trend in the church: A number of members had no family in the Charlotte area. One Sunday, as she and McLean began cooking before the worship service, they decided to have a few people over afterward. “And then we did it again, and again, and again,” McLean says.

The gatherings expanded as newer people came into the fold — like LaDell Josey, a social worker who spends a lot of time on the road. “Mother Adele makes everybody feel like they’re at home, no matter what,” Josey says. “She’s bringing back that whole family Sunday dinner, and it’s a reminder of home.”

About a year into hosting the dinners, McLean and Harper’s independence took a blow. The women, who are on fixed incomes, couldn’t afford to renew the lease on McLean’s Chevy Cruze. She had to let it go. It had been a key part of their fellowship. They drove it to church, to shop for their Sunday meals, to visit patients in hospitals and nursing homes. When they were left without transportation, church members helped out. “People would call and see if we needed to go anywhere,” McLean says. Still, it was a struggle to keep up their usual schedule of helping their community and friends.

But then, on the Thursday before Easter of this year, Stacy and Michelle Ford, Sunday dinner regulars, dropped by for a visit. “They sat for a bit, and Stacy said, ‘Walk me to the door and see what I have out here,’” Harper recalls. Sitting in front of the house was a Chevy Cruze — just like the one McLean and Harper had to give up. “I looked outside and said, ‘Oh, you got a car!’”

That much was true. But this car didn’t belong to the Fords. It was for McLean and Harper. After more than a year of relying on others to get around, the two had their own car again, courtesy of their regular dinner guests. “We were absolutely stunned,” Harper says. The Fords had decided to give them the car because of the gifts they’d received at McLean and Harper’s Sunday dinners.

“I lost my mom four years ago, and Mother Adele’s been someone I can talk to for advice, or to be lifted up in prayer,” Michelle says. “Our church family is our family in this area. God puts us in a position to be able to be a blessing.”