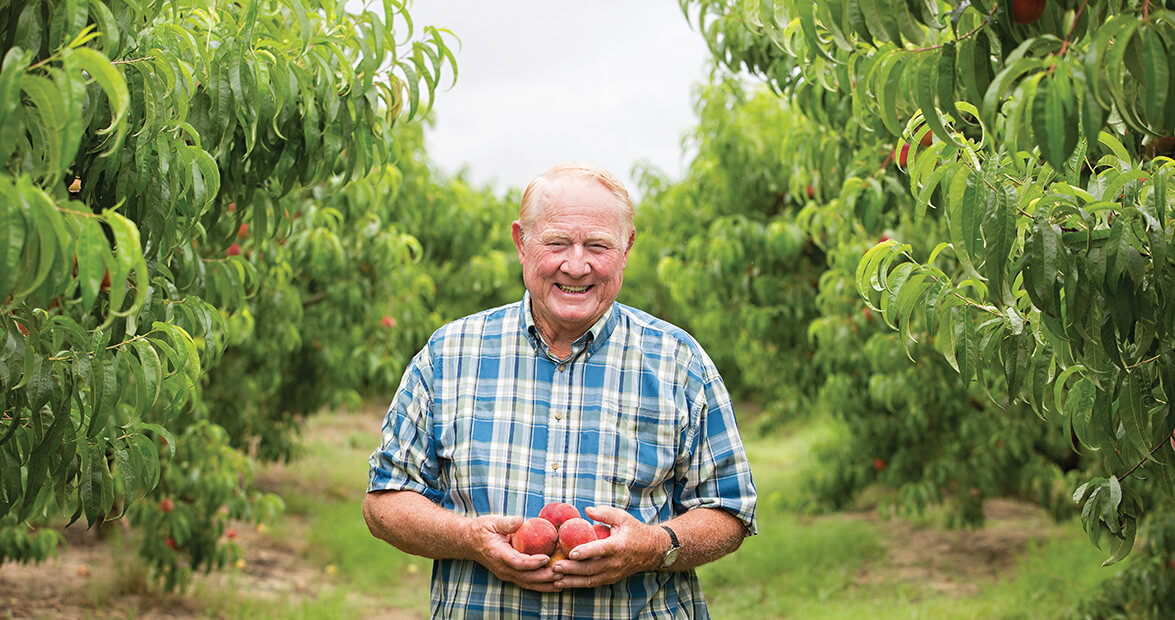 Every January since 1961, Chesley Greene has attended peach school.

He says it’s taught him more about growing peaches than he could imagine — and that’s coming from a man who grew up working summers on his uncle’s peach farm.

The school, really a daylong event sponsored by the North Carolina Peach Growers’ Society, equips farmers with techniques and strategies for a successful peach harvest.

“That [peach school] is the best thing the Peach Growers’ Society has ever done and ever will do,” Greene says.

Greene owns Pee Dee Orchards, an orchard located in Anson County. While he graduated from N.C. State University with a horticulture degree, he says his education didn’t teach him everything he needed to know about growing peaches. For one thing, changes in agricultural technology outpaced the practices he learned in college. Only at peach school does he learn the latest trends in peach cultivation.

The school’s lessons were, and still are, crucial to the success of the state’s peach industry.

Incorporated in 1963, the N.C. Peach Growers’ Society has existed informally since the early ’40s. For as long as anyone can remember, the society has played host to an annual peach school — historically in Southern Pines but recently relocated to Aberdeen — for any peach growers who want to attend. Through a partnership with N.C. State, the school has helped North Carolina’s peach industry grow to a more than $6 million business that produces more than 10 million peaches every year.

It all sounds sweet and easy, but Greene will tell you the state’s peach industry depends on hard work and perseverance.

In the early 2000s, a five-year drought, followed by relentless rains, destroyed 20 percent of Greene’s trees; it was a disaster he felt for years.

And growing the best and juiciest peach is a challenge itself. You can’t fertilize too much because the nitrate in the soil will creep into the fruit. You can’t over-water the trees because that can deplete the flavor.

But no matter how difficult it is, when he bites into a fresh-picked peach, Greene says it’s gratifying that hard work tastes so sweet.

Caroline Leland was an editorial intern at Our State in spring 2013. No peaches were bruised in the reporting of this story.