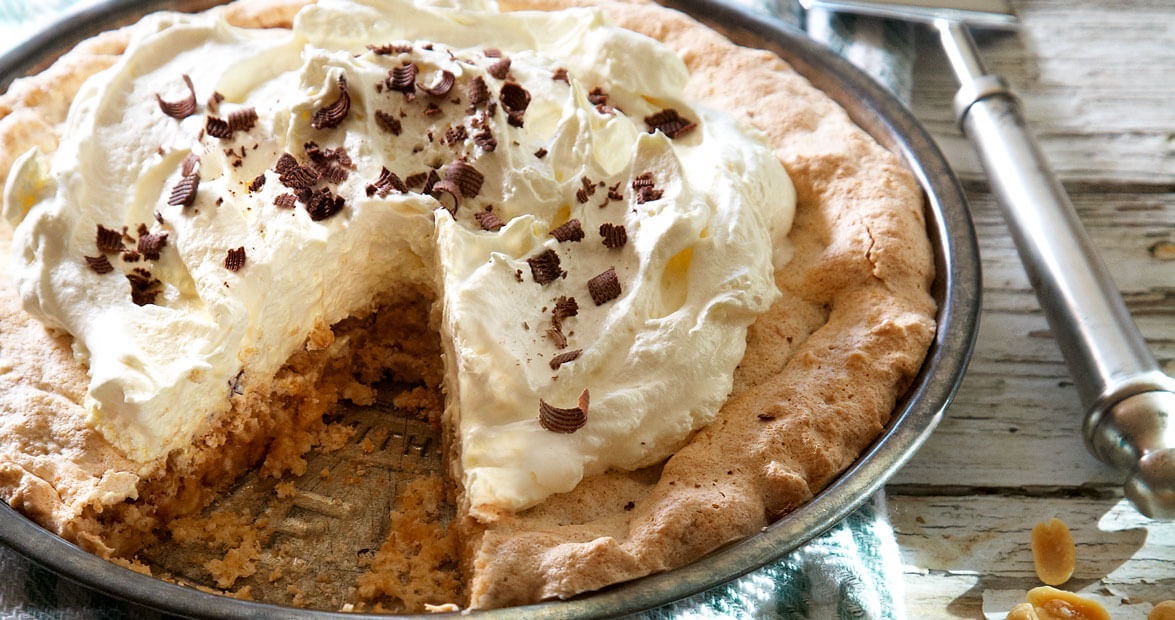 When Helen Odom thinks about Blanchard’s, long closed in Lumberton, she thinks about her junior prom. It was the spring of 1953. “We ate upstairs,” she remembers. “It was a place that we all enjoyed.” Claude and Janie Hall Blanchard had opened the restaurant a few years before, after moving back to North Carolina from Washington, D.C. Like many locals, Odom remembers celebrating milestones at Blanchard’s — and its peanut pie. Which started out as pecan pie, a recipe from Janie’s friend Lyda Lay Crawford Bullard.

To make the dessert more cost-effective, Janie switched to peanuts she got from Dublin, the state’s peanut capital. Those were mixed with Ritz cracker crumbs, sugar, and egg whites, then poured into a pie tin and baked. After it cooled, the pie was topped with whipped cream and grated bittersweet chocolate. While some bakers keep their recipes close, Blanchard’s gave this one to customers like they were family. Odom still has her card, stained from use and annotated with one handwritten word: Delicious.

In a medium bowl, mix Ritz Crackers, ½ cup of sugar, and chopped peanuts.

Fold this mixture into the following: egg whites, cream of tartar, ½ cup of sugar, vanilla.

Bake in pie-tin for 20 minutes at 350º. Let cool. Top with whipped cream and grated bitter chocolate.

Refrigerate 3 to 4 hours before serving.