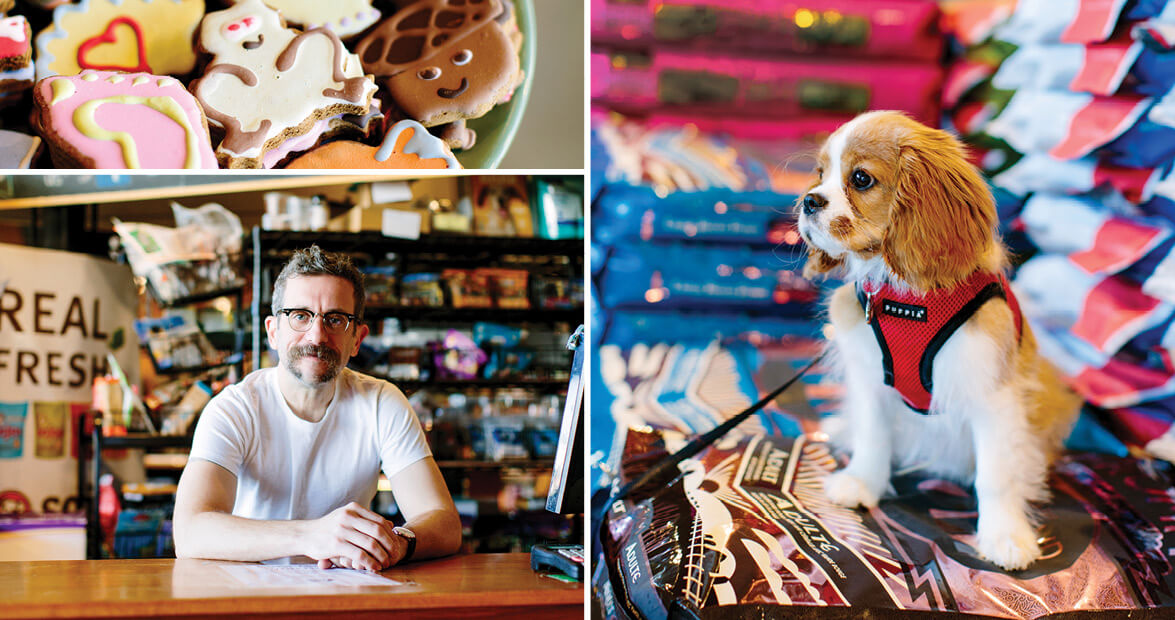 An African gray parrot sits on her owner’s shoulder, browsing the shelves of organic treats at Phydeaux, a pet supply store in Chapel Hill. Nearby, a shaggy dog wags his tail excitedly as he’s fitted for a calming vest, while at the checkout counter, a cashier scratches the ears of a regular — regular cat, that is.

Frank Papa, Phydeaux’s owner and “Top Dog,” says that the stories his employees share about interacting with animal customers are among his favorite parts of running the store. “I can’t imagine a job that would be as fulfilling as this for me,” he says. Although he grew up with pets, he hadn’t thought about going into the pet industry until he realized that there were many high-end grocery stores for people, but few for animals. In 2002, he changed that when he opened Phydeaux.

Papa meticulously vets all of the plush beds, squeaky toys, leashes, bird food pellets, and cat condos inside the 16,000-square-foot store (plus locations in Raleigh and Cary) to make sure they’re the best on the market, especially when it comes to food. His selection of raw meals, like turkey or chicken and salmon, are sold by the pound and advertised like a café’s daily specials alongside adoption events on two colorful chalkboards. And dogs will surely beg for dessert: a bakery assortment of drool-worthy treats shaped like fire hydrants, hot dogs, and squirrels.