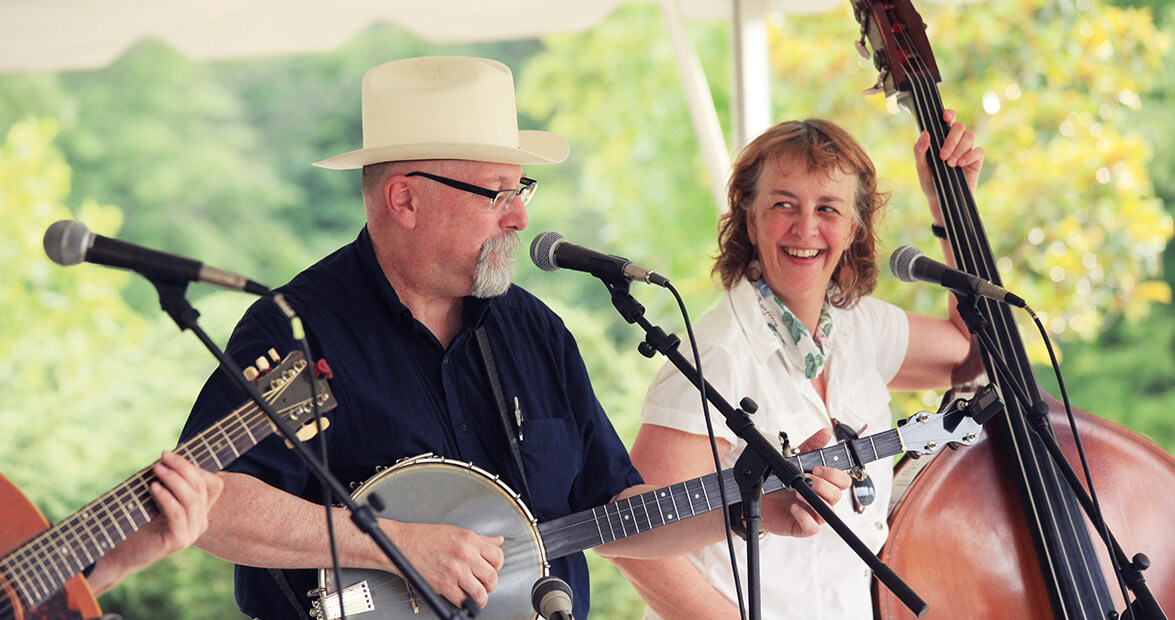 In a corner of the Irish pub Tir na nOg in Raleigh, a little girl holding a violin taps her foot. The lively notes of an Irish jig rise and fall around her. She has only been playing violin for a month, but she props it under her chin and mimics the musicians.

She sits with musicians who are, by day, teachers, doctors, plumbers, and college students. There’s no music to read, no formal instruction. They are here to play, and she is learning the way generations before her did. By watching and listening. By doing.

Kiara Ferrell, age 9, soaks up the music. And that’s the point.

More than 30 years ago, Ron Raxter, Wayne and Margaret Martin, and Beverly Young couldn’t have envisioned that scene at Tir na nOg. They simply had an appreciation for traditional music and wanted to create a community for it.

At that time in the early 1980s, traditional Appalachian music in the North Carolina mountains was receiving attention, but there were musicians and performers in the Piedmont — masters of their craft and keepers of tradition — whose work the public hadn’t heard.

The old-time bluegrass, blues, and gospel music; folk dancing; and storytelling that shaped this region needed to be shared and preserved. With that in mind, the group created PineCone, The Piedmont Council of Traditional Music.

From a monthly square dance and a small concert series at the Raleigh Little Theatre’s Rose Garden in 1985, PineCone has grown into the largest traditional music organization in the state, with more than 170 events each year.

When artists like The Badgett Sisters, a gospel group from Caswell County, took the stage that first season, so began a long line of performances, many of them free, featuring internationally recognized artists, North Carolina household names, and new acts.

In time, the music became more accessible as regular bluegrass and Irish jam sessions and a shape-note sing formed in the Triangle, inviting musicians of all levels to play and sing together.

As the founders of PineCone believed, traditional music should be shared ­— between artists and audiences, among musicians, with future generations — and people like Kiara benefit most.

If the story of a place is told through its musical traditions, then the story of the Piedmont is in the lyrics of Durham bluesman John Dee Holeman and the fingerpicking of guitarist and banjoist Etta Baker. It lives in the harmonies of the Gospel Jubilators, and it dances from John Teer’s mandolin when Chatham County Line performs.

It is retold every time a group of musicians gathers at a bluegrass jam session.

And the story continues when Kiara lifts her violin and taps her foot.

When the International Bluegrass Music Association’s World of Bluegrass rolls into downtown Raleigh, September 24-28, it will solidify the Tar Heel State’s place in the history of bluegrass. Festivities include performances by Alison Krauss, Sam Bush, The Steep Canyon Rangers, Steve Martin, and others. To purchase tickets, go to eTix.com or call 888-GET-BMA. Visit ibma.org for more information.