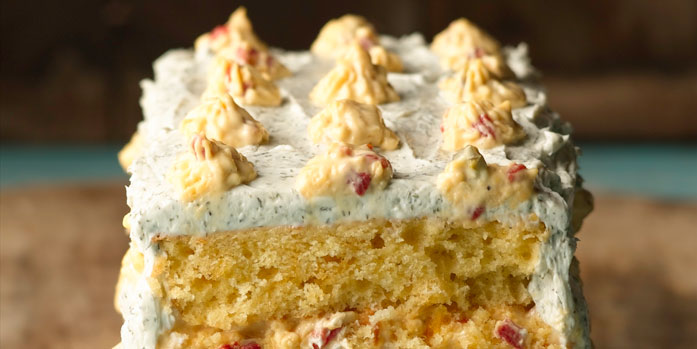 Combine all ingredients in medium bowl, and mix well.

Most new customers who walk into Savory Spice Shop in Raleigh ask owners Bob and Cindy Jones the same question.

For any recipe, they have a spice, and for every spice, there is a scent. Savory Spice Shop has 400 spices and herbs on the shelves, and 140 of them are proprietary blends. The Joneses take customers’ recipes and measure out specific amounts. Or, they just let customers sample.

Savory Spice Shop started as one store in Denver, Colorado, in 2004. The owners decided to expand in October 2010, and when they looked to open their first shop on the East Coast, they chose Raleigh. The Joneses applied, and they were awarded the Raleigh market. They’re already looking to expand, and other Savory Spice Shops have opened in Greensboro and Charlotte.

And if customers want that sample, great. But if they pour too much into their hands, the Joneses ask that they just drop it on the floor. It adds to that smell.

It seems like it should be a fundamental quality of anything with cheese in its name: If you make something called cheese and sell it as a cheese product with cheese on the label, then, without question, the most prominent ingredient in your cheese, the thing that gives it its name — cheese — should not be mayonnaise.

Where did we go wrong with pimento cheese? It’s one of our foods, Southern and social, but the varieties in the grocery store are more business-driven than homespun, and business minds know one thing: Mayonnaise is cheaper than cheese. So companies thin the product, mayonnaise becomes the top ingredient, and pimento cheese loses its identity as, well, cheese.

Cheryl Barnett had a best friend when she was growing up in Alabama, and that best friend had a mom named Emmy who made the best homemade pimento cheese. Emmy kept a tub of the cheese in the fridge at all times.

After high school and college, Barnett came to North Carolina in 1988 and went to dental school at the University of North Carolina at Chapel Hill to become an orthodontist. Her grandfather was a dentist, and she had the same perfectionist personality. “We like straight teeth and everything lined up in a row,” Barnett says.

She launched a career in Greensboro and started a family with three sons — Michael, John, and William.

Barnett tried to eat store-bought pimento cheese when she moved here, so far away from Emmy’s fridge. But she couldn’t stand it. So she called and asked Emmy for her recipe, the one she grew up on. Barnett began making it in her home, at night, after fixing people’s teeth.

Barnett worked for 14 years as an orthodontist before back pain forced her into early retirement. It broke her heart to quit her career. She made pimento cheese to cope.

She gained state permits to sell her pimento cheese and had her kitchen inspected. She called both farmers markets in Greensboro, but neither one had a space for her. Then she gave a taste to executives at The Fresh Market. They loved it. They began stocking their shelves with it in October 2010.

Within a year, MyThreeSons pimento cheese was on sale at several Lowe’s Foods and Whole Foods in the Triad and Triangle. Most recently, Harris Teeter added Barnett’s pimento cheese to all 207 stores in eight states. In 14 months, Barnett’s cheese has spread across the South. Real sells.

Here’s one more thing about Barnett: When she was in dental school in 1989, she became the mascot for the UNC basketball team. So the savior of our Southern cheese is a woman from Alabama who became a Tar Heel, a retired orthodontist who became a mother of three, and a start-up cook who became a businesswoman by making pimento cheese, real pimento cheese — the cheese that reminds her of who she’s always been.

Try the other quintessential North Carolina cakes that appeared originally with this one:
The Krispy Kreme Cake
The Maple Syrup & Country Ham Cake
The Nabs Cake
The Pepsi ‘N’ Peanuts Cake