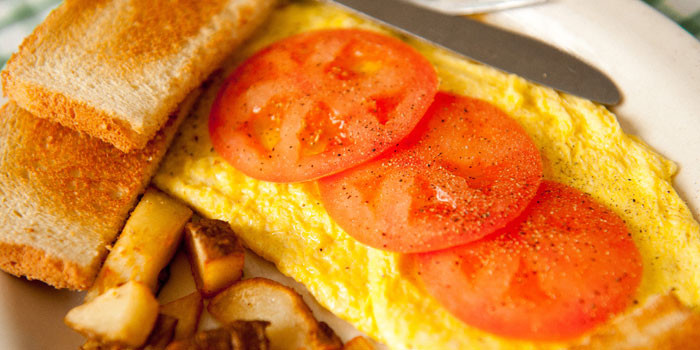 Tracy Cormier wipes her hands with a dishrag to greet her guest. She looks tired and a little weary, the way people look when they start work before dawn. But she smiles. She always smiles — because she’s preserving a legacy that makes people happy and comfortable. It’s Tracy’s job, and she’s good at it.

Tracy and her husband, Real, own the Pinehurst Track Restaurant, a 65-seater breakfast-and-lunch place that skirts the white and green stables of the 111-acre Pinehurst Harness Track. The Track sits on a sandy section of land just a few blocks south of the world-renowned golf retreat, the Pinehurst Resort.

The restaurant is a background-set of a place, hidden off to the side of the Harness Track in a white, clapboard building near the fences, stables, and sand. For nearly 100 years, horses from all over the world have practiced their paces at the Harness Track. Signs on fences near the restaurant keep people and their vehicles in their places. “Horsemen only,” warns a sign leading to the stables. “Yield to horses,” another says.

Inside the restaurant, diners hear dishes clatter from the open kitchen that divides the restaurant in half, rather than the clinking of crystal goblets common in many Pinehurst dining rooms. Instead of fresh flowers and ancestral portraits, the Track’s decor includes a few inexpensive knickknacks and framed pen-and-ink drawings of baseball players. Gourmet gastronomy is neglected in favor of scrambled eggs and blueberry pancakes.

The unassuming nature of the restaurant doesn’t stop some of the most famous names in golf and horses from stopping by. Recently, David Fay, the former executive director of the United States Golf Association, hunched over a worn table and hatched the deal that put the first ever back-to-back 2014 U.S. Men’s and Women’s Opens in Pinehurst.

Before the Cormiers purchased the restaurant, Real, a French-Canadian harness racer, trained at the Pinehurst Harness Track during the winter and ate at the restaurant with other drivers and trainers. The couple met in Long Island, New York, in the 1980s. Glenn Hartman, Tracy’s brother, introduced them. He’s now the manager of the restaurant.

When the Cormiers moved from Long Island to Pinehurst in the 1990s, they didn’t plan to own a restaurant. Tracy worked as a waitress and an extra on the set of “Matlock” in Wilmington. But when she gave birth to the couple’s only child, Danielle, in 1996, Tracy wanted a job with more flexibility. So the couple bought the restaurant that May. They ran it as an equal pair until a few years ago, when Real suffered a stroke and Tracy took over most of the responsibilities.

With the Track’s longtime local appeal in mind, the staff doesn’t touch the menu, ingredients, or prices. They don’t dare. Customers know when the blueberries are different, Hartman says.

When Real and Tracy hired a head cook, he wanted to put his mark on the dishes — to make things the way he knew how to make them. But Tracy quickly let him know that things at the Track are supposed to stay the same.

These days, the famous customers don’t faze Tracy. Even the mention of the U.S. Open deal doesn’t impair her modesty. Tracy didn’t hear the specifics until customers brought in stories from The Washington Post and The New York Times. She gets most of her information about the restaurant’s press from customers. She’s too busy working in the kitchen or ringing up checks to think too much about it.

Tracy translates her relaxed attitude to the menu, as well. For less than $5, customers get a plate of scrambled eggs, home fries or grits, a piece of toast, and sausage or bacon. But the most popular plate is the blueberry pancakes. Customers, who say they don’t normally eat such sweet, rich things, order them in stacks.

Tracy doesn’t worry about the menu’s simplicity. Pinehurst grows and changes, but she knows it’s important to keep the Track the same. It’s about trust, really, and Tracy understands that’s her real job. 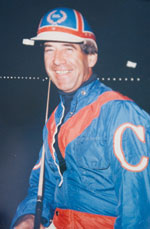 Real Cormier pulls his truck up beside the Pinehurst Harness Track.

Today, the 76-year-old watches. Locals know him as co-owner of the Pinehurst Track Restaurant, but he’s been around that circle a few times.

Cormier grew up in Shawinigan, Canada, and worked as a stable boy. In the 1950s, stable boys were in demand in the northeastern United States, so Cormier moved to New York, where he could make more money. In 1959, he competed in his first harness race in Long Island. In harness racing, horses run for the fastest one-mile time while pulling a two-wheeled cart with a driver riding inside. Cormier preferred driving to jockeying because he didn’t have to meet the strict jockey weight limit.

“I couldn’t see to live the way [the jockeys] live,” he says. “They couldn’t enjoy the life that we enjoy.”

In the horse-racing world, everyone has a nickname. Cormier became Coco. He can’t remember exactly why. But he thinks it’s because he drank a lot of hot chocolate.

Cormier raced almost every day. He raced in New Jersey in the morning and New York at night, sometimes packing in 10 races a day.

The races began to add up, and so did the wins. In his career, Cormier competed in 15,000 races and won 5,000 of them. His purse money totaled about $10 million. But a driver can’t ride behind a horse forever.

Six years ago, Cormier suffered a stroke that paralyzed his left arm. “You need both hands to be able to do what you need to,” he says. In horse racing, anyway.

Sitting in the driver’s seat of his truck, Cormier grips the steering wheel with his one good hand as his two eyes follow the horses around the track.

Jennifer Calhoun is an award-winning writer for The Fayetteville Observer, where she works in the features department.