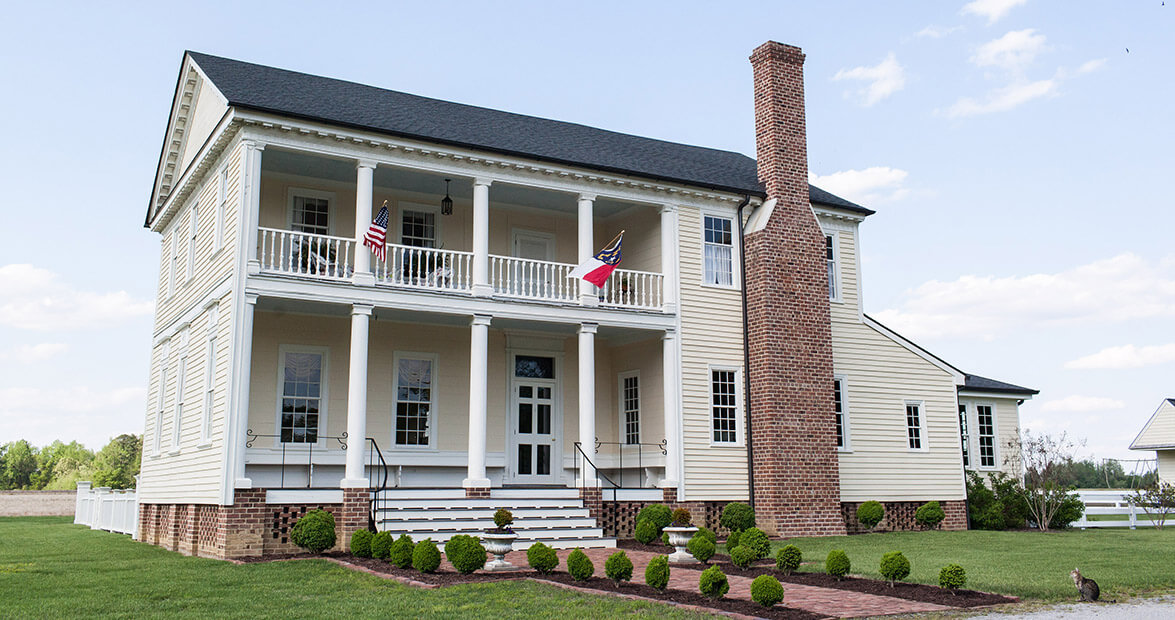 Any historic home has its stories, holed up in the walls and tucked behind doors, but Tarboro’s Piney Prospect has enough tales to be told over the course of a lifetime.

One of the finest examples of federal architecture within North Carolina, Piney Prospect has undergone several major transformations since it was built around 1790.

Overseeing every aspect of its latest incarnation are owners Bob and Sharon Foster. The Fosters point out the littlest details of their home with as much pride as doting parents who have a refrigerator covered with every drawing and report card from their children.

They have a lot more than the average homeowner to say about the wainscoting, how much of it is original to the home, and about how the cornices’ notches are hand-carved.

It’s evident they love where they live — all its nooks and crannies — but there was a time not too long ago when the house wasn’t all that pretty.

“We did nothing but scrape the floors and clean the wood for a year,” Bob says.

A house that was saved from a state of great disrepair, Piney Prospect once sat unoccupied and unkempt for about 20 years.

Vines grew inside of the house, the floors were covered in muck, and it had no plumbing or wiring.

“In all honesty, this house would probably not exist today if Preservation NC hadn’t gotten involved,” he says.

The house was donated to the nonprofit organization, which works to protect endangered historic properties throughout the state.

Enthusiasts of historical architecture, Bob and Sharon were looking to restore a home and make it their own after previously building a couple of Williamsburg reproductions.

Originally from Elizabeth City and Camden respectively, Sharon and Bob passed Piney Prospect on drives for years. Upon hearing that Piney Prospect was for sale, they made plans as soon as they could to see it.

When they rolled up the driveway, they were greeted with a surprise and a question: “Per chance, has anybody told you this house has to move?”

Sometimes the only way to save a house is to move it. The property owner who donated Piney Prospect to Preservation NC had other plans in mind for the land the house sat on.

Despite a snag in the plan, Bob and Sharon decided to take a look at the house anyway. Where most would’ve only seen decay and a logistical headache, they saw potential.

The house, which was built around 1790 but received an addition in 1820, only needed to move a quarter of a mile down the road, but it took two months to get it all strapped up and ready to roll.

The process of moving such a large structure sounds daunting, but it was actually one of the smoother aspects of the house’s whole transition.

“The gentleman that moved our house way back told me that I could put a glass of water on the mantle and that it would be there when the house got here,” Sharon says, patting the mantle of the house’s 1820 chimney, the only one strong enough to survive the move. 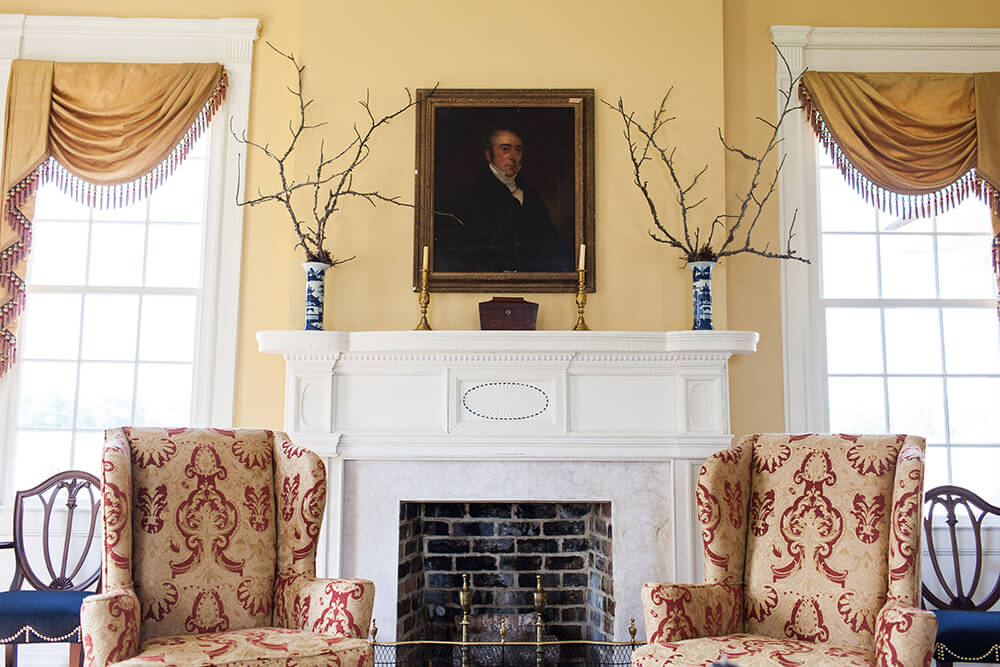 After the house was transported in 2006, they had their work cut out for them. They started gutting and repairing Piney Prospect in 2007, moved into it in 2009, and continued to work on the newest addition to the house until 2012.

“So many people will just kind of stop. We were dumb, I think,” Sharon says with a hearty laugh. “We just kept persevering.”

And they were lucky, too, that they didn’t find any serious additional damage once they started renovating the house. You don’t always know what you’re going to uncover — for better or for worse.

“We didn’t find a billion dollars,” Bob says, his drawl as pleasant and sprawling as the field outside the front door, “but we did find an original paintbrush that was in the wall when we were cleaning it.”

Piney Prospect’s charm is inextricably linked to every architectural detail that has been preserved since Peter Evans, a local tycoon, first owned the property.

If something is not original to the home, it’s of the period, but of course there are a couple of exceptions.

Naturally, the kitchen is outfitted with modern conveniences, and it features beautiful granite countertops and an island made with repurposed wood from one of the county’s old warehouses.

“Anybody who’d have the money like Peter Evans did — he was one of the owners of the Rocky Mount Cotton Mills — would’ve kept up with the times,” Sharon says.

And they might’ve tinkered with a few of the windows openings — but only to restore them to their original size.

Just as with any home, so much of what is worth noting about Piney Prospect is in the details, tokens of the past that unlock our collective identity and this place we call our own.

They’re found in the front door’s solid brass deadbolt, the nails of all shapes and sizes, the porch’s sturdy longleaf pine columns that still bleed sap in the summer heat.

It didn’t take long for the love of this place to seep into the Fosters’ blood. It’ll find its way into yours, too, if you spend any amount of time sunning on the porch or reading in the “Chocolate Room,” where no TVs are allowed.

While Piney Prospect’s preserved history is important, it’s the feeling you get from a place like this is that matters most.